“When my surgeon told me two years ago that I had cancer in my left breast, I started to feel like I was on borrowed time,” says Laurel Kamen, now the co-founder of the Alloro Collection, a fashion brand for women who are suffering or have survived breast cancer. 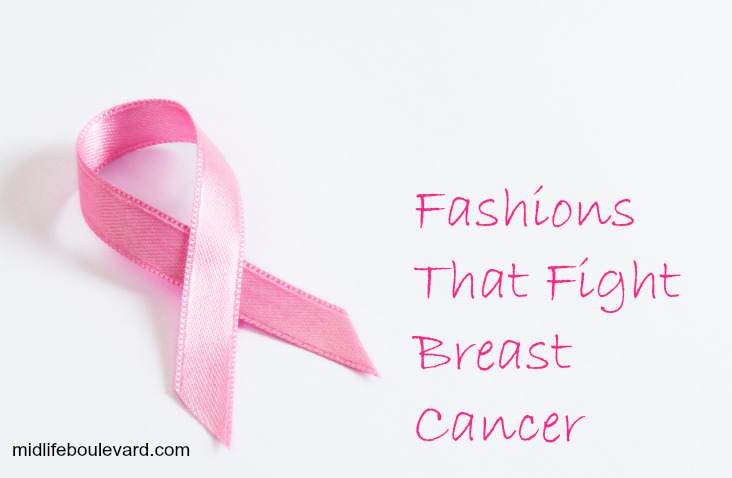 Laurel had already fought (and won!) against two cancer diagnoses. On her third brush with the dreaded C word, however, she was devastated. But she was also brave. She resolved to take control over her future. “I opted to increase my odds and go for a double mastectomy, rather than the recommended single,” she says. She’s not alone in her decision. The rate for women choosing to remove both breasts when only one has cancer increased from 6.7 percent in 1997 to 24 percent in 2005, according to a 2011 study in the Journal of Clinical Oncology. Plus, while total mastectomy rates have increased 33 percent since 1998, immediate reconstruction rates have decreased 56 percent, according to research published in the Annals of Surgical Oncology, Basically, that means every day there are more breast cancer survivors leading their lives without breasts—just like Laurel would be.

So on the night before her surgery, Laurel called her best friend—but not just for a sympathetic ear. Laurel had a business proposition for her. She wanted to launch a fashion collection of clothing and accessories for women dealing with breast cancer and treatment, be it surgery, radiation, or chemotherapy. She knew her pending surgery would change how she looked and felt for some time—probably forever. As much as she hated going through her closet to find something to wear, she knew she would soon hate it even more—and she surely wasn’t the only woman out there with the conundrum. “So are you in?” Laurel asked.

“I’m in!” immediately responded her friend, Christine Irvin, an astute Wall Street veteran and artist. Christine later confessed that she would have replied with the same gusto had Laurel suggested opening a car wash (not Breaking Bad-style, of course!), but fortunately for the both of them, Laurel’s idea was one that would soon support thousands of breast cancer warriors—in style.

After undergoing a double mastectomy, Laurel learned that the surgery’s pain and discomfort were more intense—and widespread—than she had imagined. Researchers from the State University of New York at Buffalo recently found that 19.5 percent of women who undergo mastectomies for breast cancer experience long-lasting neuropathic pain—many of them suffering for ten years or more. During a mastectomy, nerve damage can occur, leading to neuromas (abnormal nerve growths where scar tissue and nerves grow together) and hypersensitivity, so that normally painless (or even pleasant!) stimuli around the chest, sides, and torso is perceived as painful, according to Mayo Clinic. What’s more, according to BreastCancer.org, radiation is associated with increased sensitivity of the skin, while chemotherapy can lead to widespread nerve damage that can result in pain, burning sensations, and tingling throughout the entire body, according to the American Cancer Society.

For Laurel—like many women of the women who have underwent breast cancer treatment—along with the physical pain following treatment came the psychological one. Her clothes didn’t fit like they used to, and finding fashions that made her feel beautiful was a painful process. It’s so important for breast cancer survivors to know how beautiful they are—whether they have two breasts, one breast, or none at all, Laurel says. They are still the gorgeous, phenomenal women they have always been. But some styles and clothing lines can make them feel anything but.

As Dr. Marie Pennanen, Laurel’s surgeon, recently wrote, “Breast cancer patients actively engaging in efforts which made them feel good about their appearance have better social and psychological quality of life and lower levels of depression.” For that reason, she noted, “doctors and nurses should… encourage patients to implement behaviors to improve or maintain their sense of physical attractiveness. This isn’t being vain, it’s being healthy.”

That’s where the Alloro Collection comes in. It strives to serve these and all women who are battling—or have won against—breast cancer. The line’s 20 diverse design elements address the challenges women face after treatment, taking into account both the physical and emotional challenges that come with treatment. The styles are beautiful and show the world just how beautiful the women wearing them are. “Breast cancer—any cancer—drains the color out of women’s lives,” Laurel says. “We simply want to restore that color with beautiful fabrics and designs that make women feel beautiful again so they can move forward—in style.”

Plus, the Alloro Collection strives to be sensitive to the financial toll that treatment takes on the women who must endure it. “Our goal was never just to sell clothing, but rather to find a way to raise awareness and give back to the community,” says Laurel, who notes that 25 percent of the collection’s profits go to cancer research and prevention organizations. The Alloro Collection’s first beneficiary is the Prevent Cancer Foundation, which works to advance the prevention and early detection of cancer through research and education initiatives.

Remember: Reaching out is IN! Suffering in silence is OUT!

My HOME reflects where I’ve been and what’s going on at the present. It has been a haven, nest and...