I sometimes turn to movies and books for travel inspiration. I don’t know if I’ll ever have the chance to walk the Camino de Santiago, but I turned to the Estevez family film, The Way, for inspiration.

I have started my campaign to convince Mr. Excitement that we should walk the Camino de Santiago. (Shhh. It’s a secret campaign). 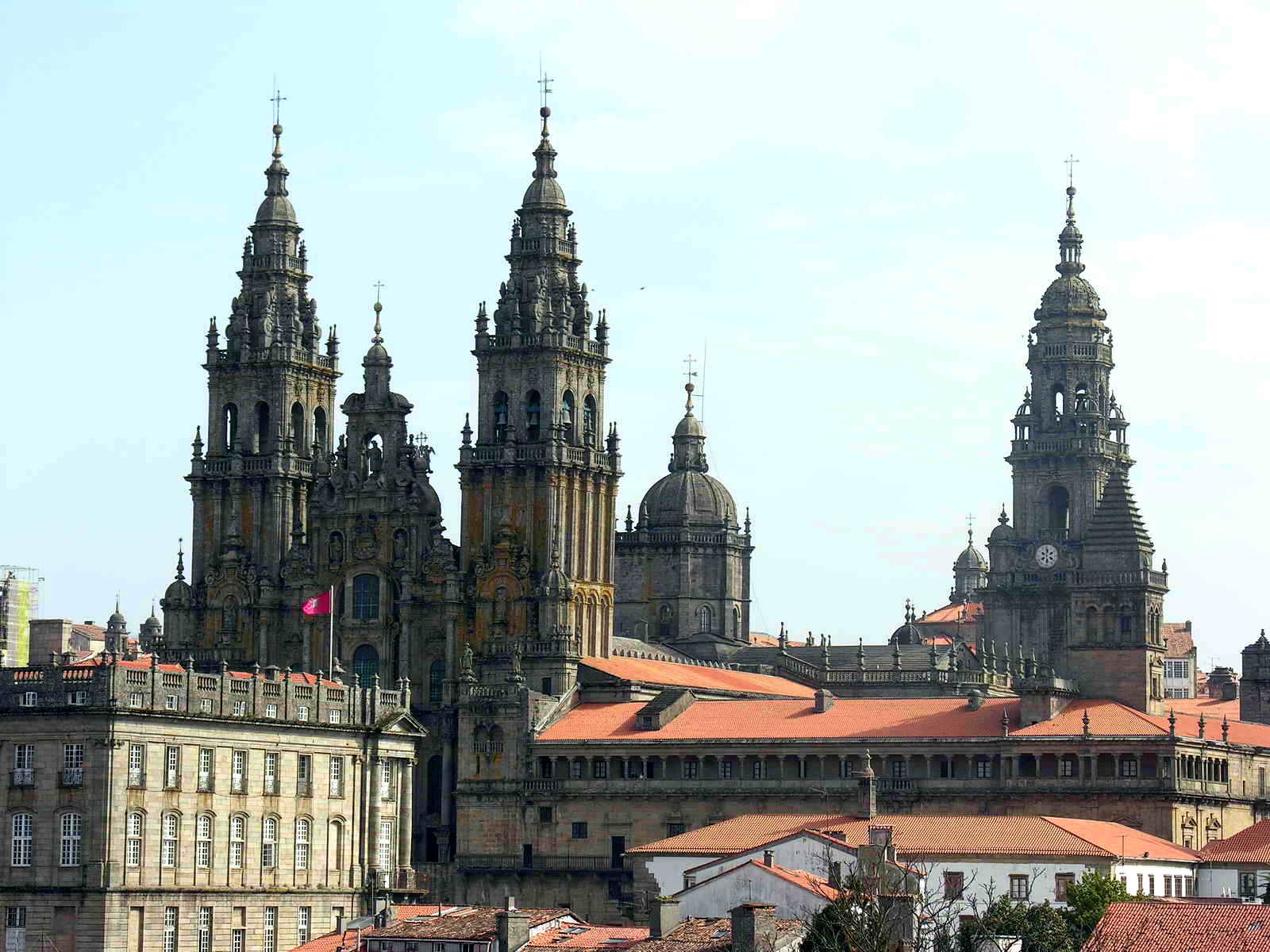 In 2002, much to my surprise, Mr. Excitement agreed to accompany me on a four day guided hike on the Milford Track in Fiordland National Park on the South Island of New Zealand. The hike was 55.3 kilometers (33.2 miles). We only walked one mile the first day, leaving the other 32 miles to traverse in 3 days. Up and over a mountain was involved. We both agree that the Milford Track hike ranks very high on our list of marital travel experiences.

Ever since then, I’ve been harboring a secret desire to walk the Camino de Santiago (the Way of Saint James) which starts in the Pyrenees of southern France and then traverses northwestern Spain before reaching the cathedral of Santiago de Compostella in the Spanish province of Galicia. The cathedral is a shrine said to be the burial place of St. James, the patron saint of Spain.

I’m worried Mr. Excitement might notice that the Camino de Santiago is a mere 476.8 miles longer than the Milford Track —-  and we’re 16 years older. To subtly introduce the idea, I invited him to join me in watching the film, The Way, live streamed on my lap top computer. (That’s an affiliate link. If you buy the film via this link, I earn a few pennies to start my Camino de Santiago fund). You can also find it on Netflix.

Mr. Excitement watched the entire two hour movie about walking the Camino as we traded off balancing my overheating laptop computer on our laps. (Note to self: maybe next time put it on a table.) His preferred movie and literature genre is apocalyptic science fiction, so the fact that he didn’t whine during the two hours, is an encouraging sign.

The Way was released in the United States in 2011 and was an Estevez family project. The actor Emilio Estevez wrote, produced, directed and acts in the film. He cast his father, Martin Sheen, as the main character, and other family members were involved in the project.

The opening credits state that the film is loosely based on a book entitled Off the Road: A Modern-Day Walk Down the Pilgrim’s Route into Spain by author, Jack Fitt. (Another affiliate link). One of the characters encountered on the Camino is an Irish writer named Jack who is besieged by writer’s block. Probably not a coincidence.

There is a semblance of a plot to the film, but the plot is just a foil for the Camino itself, a pilgrims’ journey since the 9th century. The Camino follows ancient paths and roads existing in Roman times and before.

One theme of the film is the father – son relationship, a relationship so complicated and fraught for so many. Martin Sheen plays Tom, a successful California ophthalmologist, who doesn’t “get” his adult son, Daniel. Daniel leaves his Ph.D program to find himself out in the world, telling his obviously disapproving father, ““You don’t choose a life, Dad, you live one.”

Tom is on a golf course when he receives a call every parent dreads. It is from a French police officer, informing him that his only child, Daniel, died in an accident suffered in bad weather in the Pyrennes, on the first day he set off on the Camino.  Tom travels to France to retrieve his son’s body, but upon learning that Daniel intended to walk the Camino, he decides to finish his son’s pilgrimage, taking Daniel’s backpack adorned with the scallop shell symbol of the Camino and his ashes to spread along the way.

The story line then seems reminiscent of The Wizard of Oz. At times, it even reminded me of the picaresque tale of Don Quijote. Despite starting out intent on a solo, somewhat self-punishing, introverted pilgrimage, Tom reluctantly meets, and acquires as walking companions, three other international sojourners, each seeking to exorcise their own demons on the Camino. Along the way, the three share adventures and cross paths with others on their own crusades, ranging from the touching to the absurd. By the time Tom empties the last of his son’s ashes into the tumultuous Atlantic, the four disparate pilgrims have jelled into a small band reminiscent of a less swashbuckling version of the Four Musketeers, one for all and all for one. They will go their separate ways, better understanding themselves and ready to reenter and face the challenges of the real world beyond the Camino.

The fifth protagonist in the film is the Camino de Santiago itself, “The Way”, meandering across mountains, rivers, farms, large towns (i.e. Pamplona) and through small, charming villages. Some say the Camino has been ruined by modern asphalt, vehicular traffic and international hordes intent on making the pilgrimage. Some day I hope to be able to make that judgment for myself.

Have you walked El Camino de Santiago? If so, what was your experience? If not, do you have a dream that will force you to challenge yourself? Do you think it will ever become a reality?

I'm a proud Philadelphia native. Philadelphia has a credible claim to having the most historic square mile in the United...