Suzy reads every email her fifteen-year-old son writes to his girlfriend. How? Months ago, David borrowed his mother’s laptop. When he returned it, she realized that he’d forgotten to log out of his email account. Which means that when her son is in his bedroom emailing his girlfriend about what a witch his mom is, his mother is in her home office down the hall, reading every word.

“I’m not an interfering snoop,“ she says to me. “I’m an involved, caring parent.’”

Suzy knew the moment David and his girlfriend became sexually active. She phoned Allie’s mom, and the two moms planned strategy. They figured that they couldn’t stop the kids, but Allie’s mom did make sure that her daughter was using effective birth control.

And Suzi continues to keep Allie’s mom in the loop about what the kids are up to. When Allie sent David an email boasting about the foolproof hiding place she’d found for her drug stash, Suzi quickly phoned Allie’s mom, so she could find and flush it.

David is personable and bright, Suzy tells me, but he’s also impulsive and immature. “I’m going to make sure he graduates high school and gets into college if it kills me,” she vows.

As for violating her son’s privacy? That‘s a small price to pay, she feels, to achieve that goal. 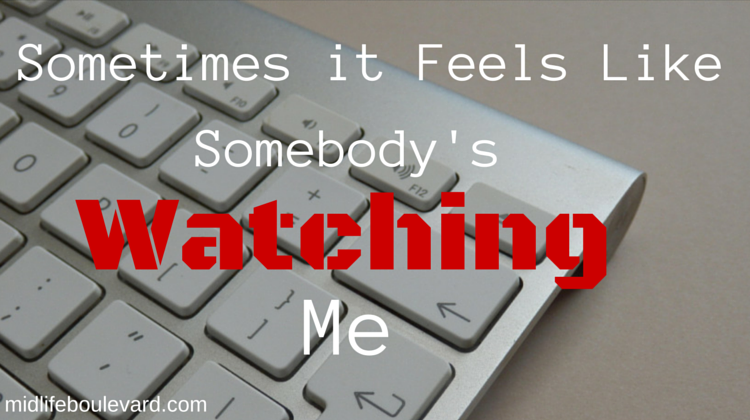 My friend Deb doesn’t have the same window into her own son’s private life, but sometimes when he’s in the shower, she’ll slip into his bedroom and take a peek at the browsing history on the laptop he’s left open on his desk.

Is there anything wrong with this snooping? “When our mom cleaned my brother’s room,” Deb says, “she used to find the Playboys he’d stashed under his mattress. What’s the difference?”

Whenever George, an attorney in his fifties, writes a personal email, his 14-year-old son can read every line. Computer-savvy Sam set up and maintains both his dad and mom’s computers. Even though his folks broke up two years ago, because he continues to help them with everything computer-related, he’s able to access both their email accounts.

When his mom remarried, Sam became the go-to computer person for his new step-dad as well.

Which means that whenever his folks fire angry emails back and forth about custody and visitation, their son is in the loop, reading over their shoulders.

“If he knew that you knew, would he be shocked?“ I ask.

So I wasn’t at all surprised when all of those “private” sexy celebrity photos and Sony corporate emails were recently leaked all over the internet.

Internet privacy? You’re kidding me, right? There’s no such thing.

“Email is skywriting,” a friend who is also a divorce lawyer often reminds me. “Never say or do anything online that you wouldn’t be comfortable reading about on the front page of your daily newspaper.”

“If you reveal your secrets to the wind,” the poet Kahlil Gibran once said, “you should not blame the wind for revealing them to the trees.”

And if you reveal your secrets to your laptop, you should not blame it for revealing them to your spouse, your mom, your boss, Matt Drudge, People Magazine or The Channel Ten News Team.

The next time you go online, just imagine that the entire world is reading over your shoulder. It might encourage you to keep your secrets to yourself.

And if not? I look forward to reading all about you in the National Enquirer.

What an interesting post .. you know, given what goes on in high schools today I think all parents should install monitoring software on their kids' computers and phones. I have a post coming about a situation here in northern Calif which convinced me of it. Where minors are concerned, there is no need for privacy. But all the other stuff kind of bothers me. Thanks for the food for thought.