What is TSA PreCheck?

One of the most enduring results of the 9/11 terrorist attacks is the security screening at United States airports. Most of us who travel by air are aware of the Transportation Security Administration’s (TSA) security screening. However, unless you are a frequent flyer, you may not know the details of the TSA PreCheck program.

I remember the first time I saw “TSA PRECHK” printed on my boarding pass. I felt positive TSA singled me out for a strip search and special interrogation.

When I approached the first TSA agent, I asked what this cryptic message meant. She motioned me over to a screening line apart from where my husband had to go. Uh oh. First enhanced interrogation technique: separation from loved ones.

What Happens When You Get TSA PreCheck

Near the x-ray belt, I reflexively started to kick off my shoes. The TSA agent smiled at me (that’s not a typo). Surprisingly, she told me I could keep on my shoes and my jacket. Also, I didn’t have to remove my computer or ziploc bag of toiletries from my carry on. I just put my bags on the belt and walked through the magnetometer.

I finished the security check in about 30 seconds. Of course, I had to wait for my husband who finally emerged some time later and wondered what had become of me. (Had he been a child of 12 or under, he could have had expedited screening with me).

Since then, more often than not, we both have the blessed “TSA PRECHK” on our boarding passes and experience the “almost like flying in the good old days” treatment.

How Do I Get TSA PreCheck?

PreCheck is a TSA initiative to provide expedited security screening to “low risk passengers”, currently available at over 180 United States airports for customers of 30 airlines that have partnered with TSA. These are subject to update.

To check whether your airline and airport participates in the TSA PreCheck program, use this interactive map and airline list. 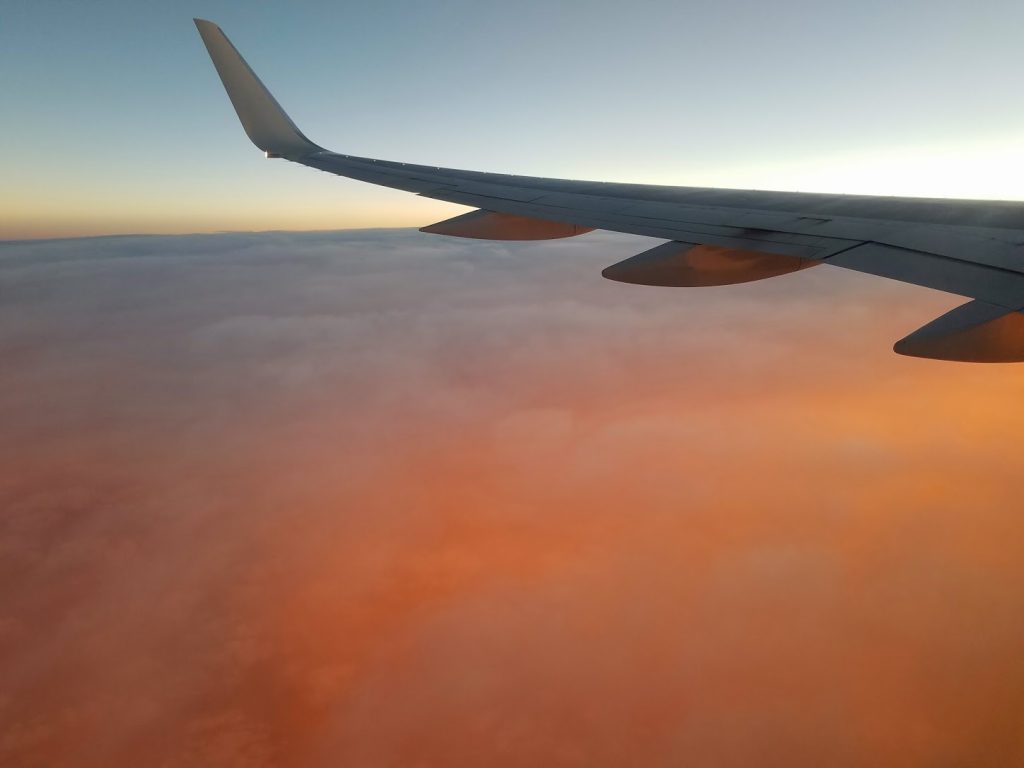 Those eligible for TSA PreCheck eligibility include:

Are There Other Ways to Get TSA PreCheck?

Certain other passengers who don’t meet these criteria perhaps are sent to the PreCheck expedited screening line based on “observation” by “trained” personnel. The criterion is that the passenger appears low risk. This is supposedly based on observation of behavior, not “profiling”.

Hint: Don’t appear anxious in the security line. I’m not sure how they differentiate fear of flying from fear of bomb detection. Conversely, some passengers are randomly searched even though they have TSA PreCheck status.

TSA PreCheck lines are not always open at checkpoints. The TSA website provides a schedule list for when and at what terminals TSA Precheck lanes are open. I have not personally relied on the website for this purpose, so I cannot personally vouch for its accuracy.

Despite TSA’s checkered reputation, the TSA webiste is quite helpful. In addition to some of the links I’ve provided above, there is a FAQ that addresses general security screening questions, Also, here is a FAQ specific to TSA PreCheck.

You can start the PreCheck application process online.  It’s a good idea to check it if you don’t follow aviation news, so you are aware of the latest security screening requirements.

TSA PreCheck is the best thing since sliced bread, but some express privacy concerns.  You are fingerprinted and subjected to a background check as part of the application process. Alas, the expectation of privacy boat sailed some time ago in the Digital Age.

Have you gone through the TSA PreCheck or other Trusted Traveler application process?

What do you think of the program?

Hubby and I both sport salt & pepper hair. I think we look harmless and almost always get the TSA Precheck green light. No need to pay the fee, as far as we're concerned. On our most recent flight, following the UAL debacle, we enjoyed the bonus of being voluntarily bumped. Frankly, I'd gladly go through a full screening every time if it guaranteed us those handsome vouchers!

I get a TSA Pre-check often with Alaska. When I do I do a happy dance. With Alaska they also have an ongoing program with the Timbers, the pro soccer team, and if you wear any Timber garb you get pre boarding. I made a fleece scarf from some Timber fabric. When I fly out of Boston on Alaska Air even with TSAPre-check, they do not honor it. :( My sister who flies international out of Boston has no problem with any airline with her Global.

Some airports technically have TSA Precheck, but then don't adequately staff PreCheck lanes. In those cases, the first ID checker at security puts a green sticker on my boarding pass and then I can keep my shoes on and walk through the less intrusive magnetometer, but I have to do everything else. Last time, I stupidly put my boarding pass in the bin with my lap top and away it went along with my green sticker. SMH.

I'm always so pleased when I get TSA Precheck. It is usually when I travel on American because I'm a frequent flyer on that airline.

A lot of my flying is also on American since that is now the dominant airline at my home airport, Philadelphia.

I was 'selected' for over a year every time I flew. It is random, not guaranteed and based on frequency of flight as well as home airport.You do not know ahead of time, not until you check in and get ticket/boarding pass. I grew accustomed and decided the $85 was well worth it to not have to wonder whether my shoes, jacket, scarf etc would come off. I Can now plan ahead of time what to wear, no worries about liquids and carry ons., long lines etc. So many folks have it now that airports have dedicated lines. I strongly recommend it and appreciate you sharing the how-tos for others! Register online, make an appt as per your zip code...not all locations are in airports. Mine was in an industrial park near my home! They continue to streamline the process...10 minutes tops...as it benefits TSA as well as flyers. Companies often pay the fee for employers who travel. check it out if you fly for your job. Great resource here!

Thanks for sharing your experience in going through the TSA Precheck application process. However,even when you're enrolled in the program, it's best to be prepared to be able to kick off your shoes and have your liquids in a 3-1-1 quart size clear bag because even if you're enrolled in PreCheck, it's possible to arrive to find no TSA Precheck lane open. If that happens, they'll put a green dot on your boarding pass, but that only keeps you from having to remove your shoes, and you'll be able to choose to walk through the low tech magnetometers, rather than the more intrusive body scanners.

Always love it when my ticket shows up with TSA PreCheck, but never understood why. I see the criteria you listed and in my case, must be the frequent flyer program. Once I got a PreCheck but my wife didn't, so I just when through with her.

I'm pretty sure my frequent receipt of TSA PreCheck pixie dust is also due to my being a Frequent Flyer. I'm planning to apply for Global Entry since that includes TSA Precheck, but also provides for expedited immigration processing when arriving at a US airport from abroad.

How to Cultivate Your Personal Sartorial Brand

Finding My Sartorial Brand In my latest book, True Style: A Look Beyond the Surface, I tell the story of my...