I attended an advance screening of the new Star Wars movie, The Last Jedi. This is a spoiler-free review, but certain aspects of the film will be discussed.

I try to go in to a new Star Wars movie not knowing too much. I’ll watch the first trailer that comes out, but I won’t go to any fan sites or even read the IMDB page in advance. Also, I try to keep my expectations low. The first three movies in the 70s and 80s were life when I was a kid, but the second trilogy was such a letdown I’m wary. Once you’ve been burned by Jar Jar Binks, you stay burned.

Because of Jar Jar, I groaned every time I saw a Porg, the big-eyed, furry bird creatures, in promotional material. Ugh, here was some manufactured comic relief put in just to sell plush toys at Disneyworld, I thought. That was then. I take back my previous Porg-hate and retract calling this movie Porg-nography. The Porg (Porgs?) are in fact adorable, and only feature in The Last Jedi minimally, avoiding the Jar Jar curse. 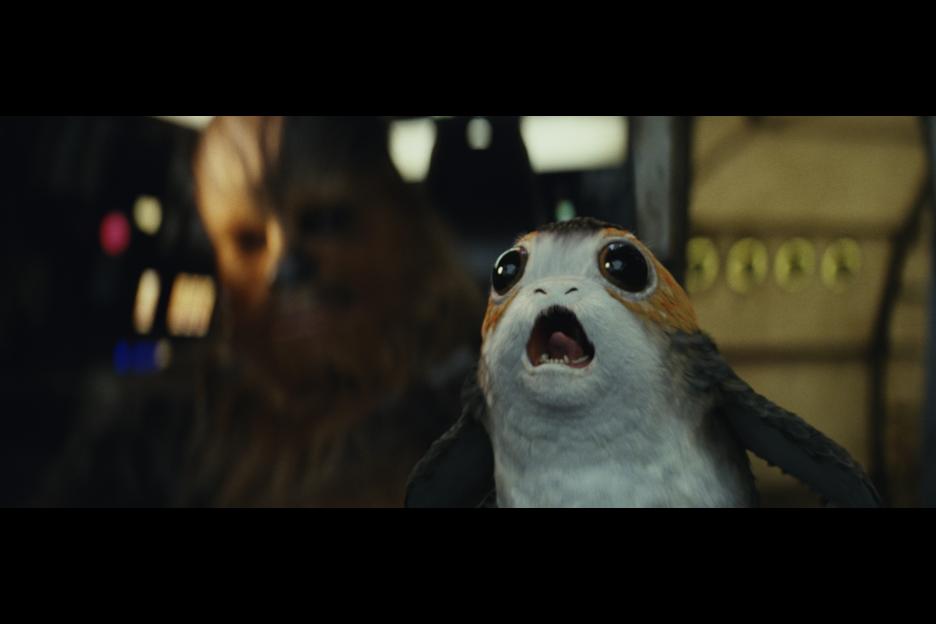 Star Wars: Episode VIII (The Ocho): The Last Jedi, is written and directed by Rian Johnson. Mr. Johnson would have only been three years old when Star Wars first came out in 1977, but I won’t hold that against him. I felt that The Last Jedi hit all the right notes and balanced the old story lines and characters with the new.

Writing and directing a film in the Star Wars franchise is a big move up from the small-but-good genre films he’s done previous to this. Looper and Brick are his best-know works.

The Last Jedi picks up where The Force Awakens left off. Rey finds Luke on the Porg planet, Poe and Finn are with General Leia and the last of the Rebellion forces, and Kylo is recovering from his wounds while listening to My Chemical Romance on Spotify.

The highlights for me were the initial space battle. I loved the shot where the left-hand side of the screen is an extreme close up of a bomber pilot’s face during a tense moment of action. The newest character, Rose Tico, played by relative newcomer Kelly Marie Tran, is my new favorite and has one of my favorite lines in the movie. 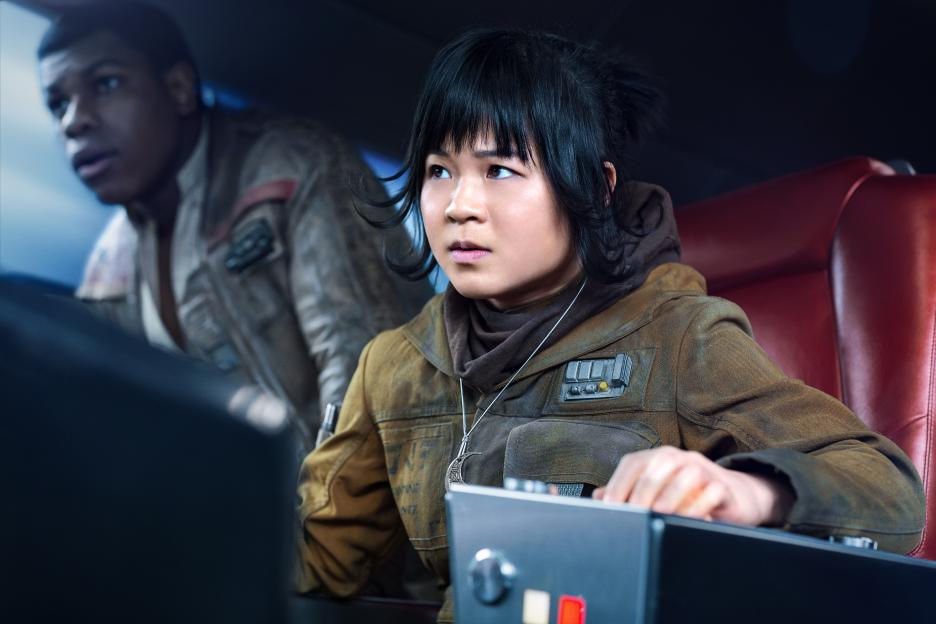 Three new planets are explored. First there’s Ahch-To, Luke’s mountain-in-the-seas hideout. It’s spare and lonely, only inhabited by fish-nuns who do the cleaning, Porg, and the most insane milking animals this side of a Bantha. There’s an unintentionally hilarious moment where Luke milks one. Mark Hamill makes the best of it, but it was straight-up awkward.

Canto Bight is the Monaco-type pleasure planet where Finn and Rose take a side mission. Filmed in Croatia, it’s a place that’s gorgeous on the surface, but rotten underneath. I was actually irritated with this whole side story. It only exists to slide in some star cameos and pound in a heavy-handed message. It gives Finn and Rose time to bond, and fleshes out Rose’s back-story, but in a film that runs 2 hours and 32 minutes, I could have done without it.

Crait is the planet with silver salt covering a red mineral planet surface. It’s spare and gorgeous. The blood-red minerals revealed by the war machines of both sides during battle make for a stunning display. Also, the “crystal critters” really are beautiful.

The Last Jedi balances moments of humor well with all the action. There are spectacular space battles, epic hand to hand combat scenes, and some great new characters. The messages of hope (so much hope you could play the Hope Drinking Game) and why the rebels really fight are played off of touching moments of strength and sacrifice.

If your child is sensitive and/or under seven, consider seeing it yourself first. I was eleven when I saw Darth Vader with his helmet off and it really bothered my younger sibling who was nine at the time. You know your child best. Mostly, this is a TWO AND A HALF HOUR FILM. Don’t get the big soda or you’ll miss Chewbacca doing something funny. 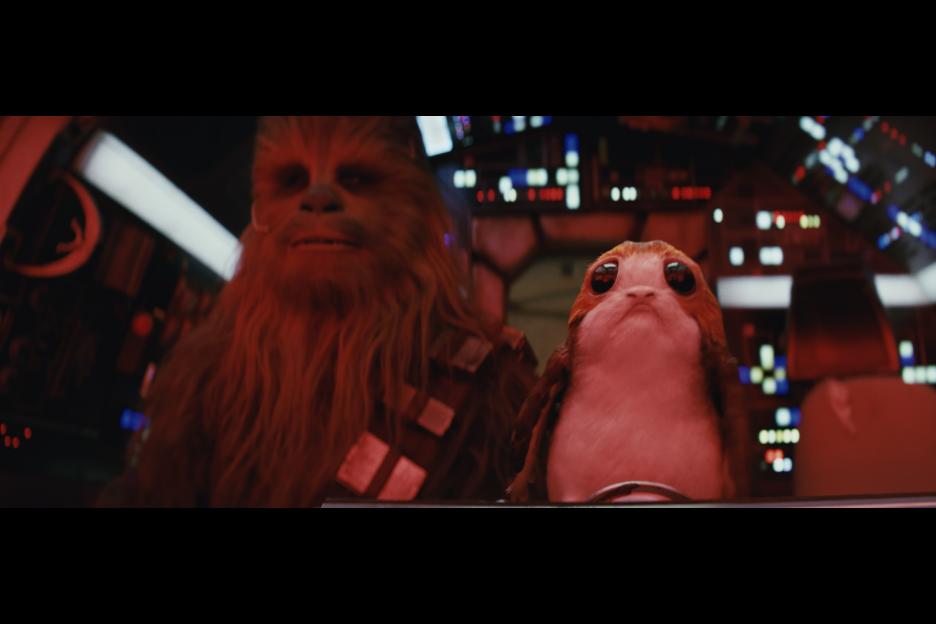 Skip the Department Store and Shop Goodwill for These

Recently, while talking about our kids graduating high school and venturing off to figure out where they fit into the...