You’re a maverick, an iconoclast, and yes, a bit of a weirdo. None of those network sitcoms with a dumb dad and a hot mom are for you. You hunger for something different. You want…quirky. We’ve got your weekend binge-watch on Netflix (and beyond) right here with a long list of quirky tv shows on Netflix. 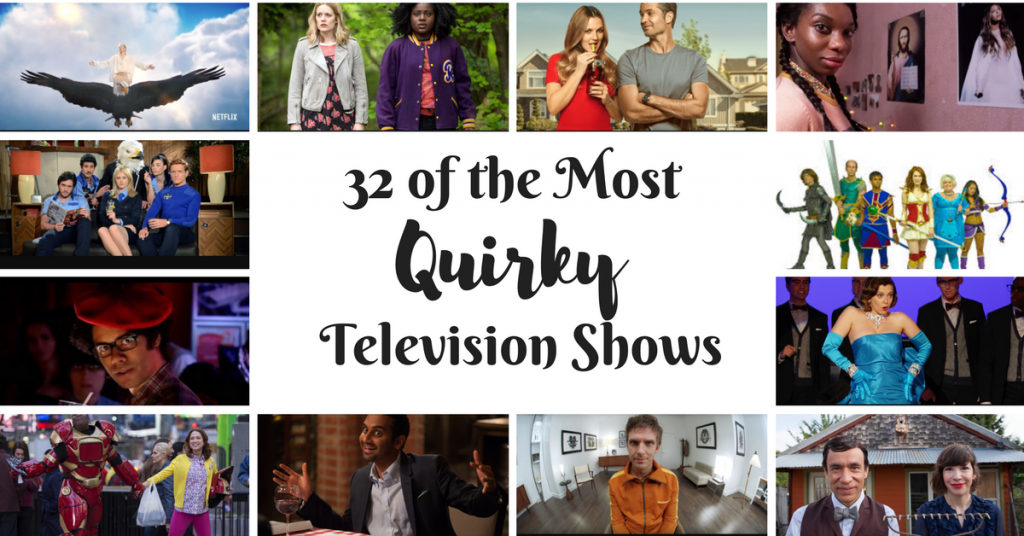 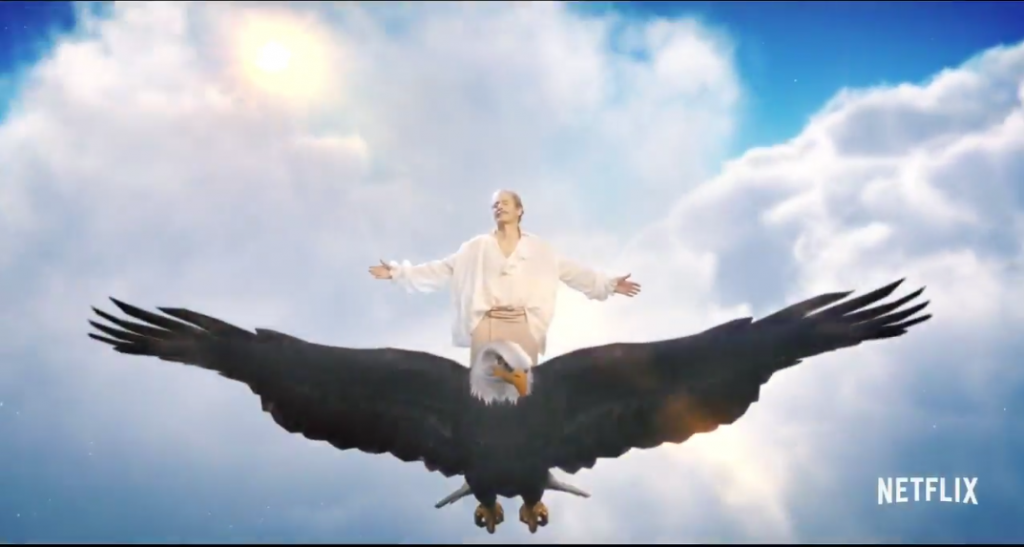 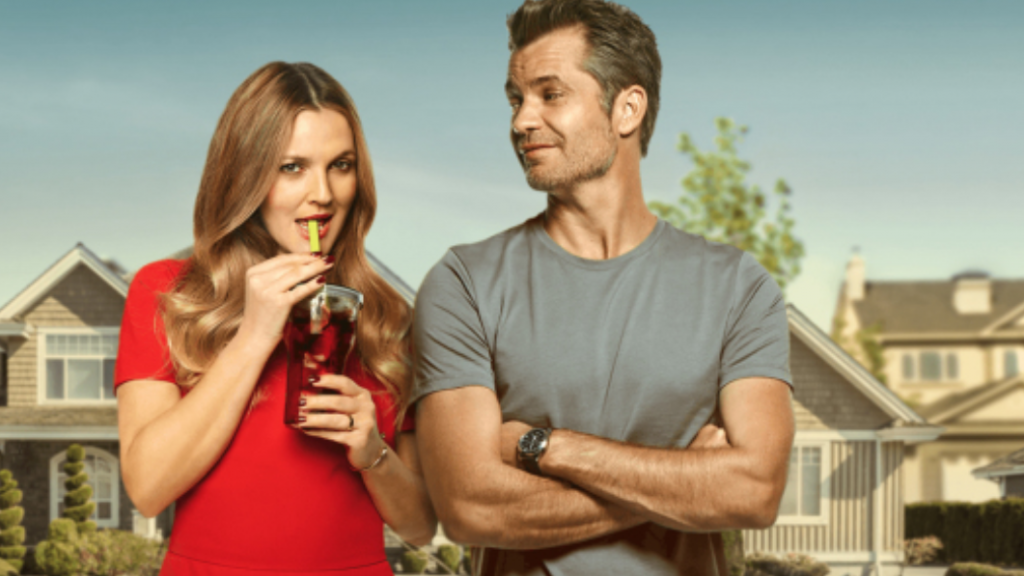 A Netflix original series, the plot was kept under wraps until it was launched. I won’t spoil the premise for you, but just to say Santa Clarita Diet is a mix of dry humor and grossness. I gagged at least once an episode, and but laughed a lot more.

Drew Barrymore comes off as a Drew Barrymore type, but Timothy Olyphant surprised me with how funny he is. Expect guest stars you recognize, like Nathon Fillion, but don’t expect them to hang around. 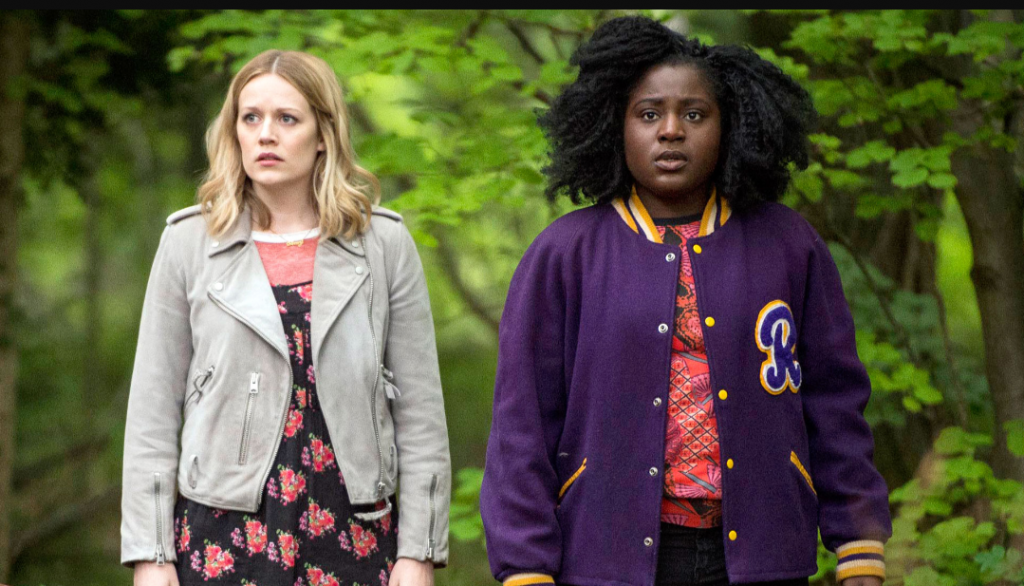 Like an English Buffy the Vampire Slayer who fights demons and is also mentally ill. The lead character Amy is fine, but she’s really just the sidekick to Raquel. The young woman who plays Raquel, Susan Wokoma, is one of my favorite new actors. 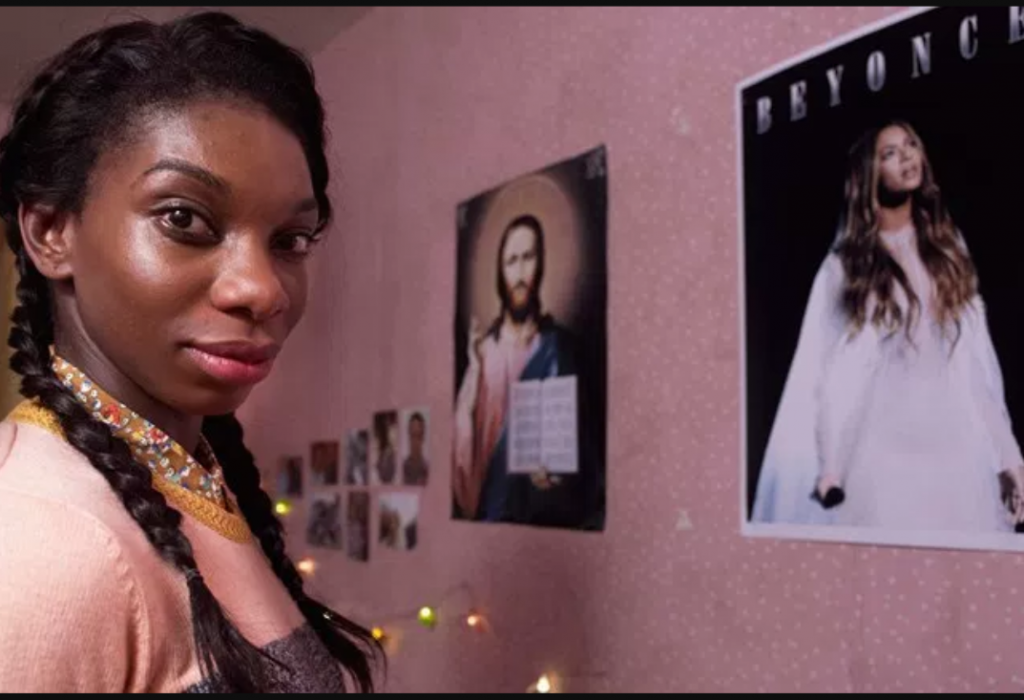 Susan Wokoma plays the hyper-religious, bitter sister in Chewing Gum. This series, however, belongs to writer/creator/lead actress Michaela Coel. This series is funny, awkward, and full of sexual confusion and awkwardness.

You might recognize Michaela Cole from her small role in Star Wars: The Last Jedi and in a similar, but comedic role in the Black Mirror episode USS Callister.

Two seasons of Chewing Gum are currently available on Netflix.

After twenty-five years, I’m not sure if what made Twin Peaks remarkable holds up. I still think it’s worth watch for nostalgia and to prep for the upcoming new series. Great cast and a real sense of the early 1990s. I think the original 90s series of Twin Peaks really falls apart at the end and gets super weird, but you might like that.

Twin Peaks: Fire Walk with Me is also available through Netflix via DVD.

Still sad this one didn’t run longer. Classic Judd Apatow and a young cast that have almost all gone on to successful careers. Of any show about high school, Freaks and Geeks feels the most real.

Who doesn’t want to watch a show set in West Covina, California, about a stalker-ish girlfriend from summer camp with spontaneous musical numbers? It’s the definition of quirky. Seriously, though, this show is delightful.

Rachel Bloom is a star. Enjoy the original songs in every episode.

Somewhat similar to Crazy Ex-Girlfriend, but with a different tone, Garfinkle and Oats follows the ups and downs of two friends played by Riki Lindhome and Kate Micucci. They are two Millennials trying to make careers in show business and figure out modern dating.

Netflix has eight episodes of Garfinkle and Oats.

This is for my fellow 80s kids! If you watched ET, read Stephen King, and played with a Rubic’s Cube, you’ll love this homage to 80s sci-fi, adventure movies. The first season of Stranger Things set in 1983, when I was in middle school, but all the high school characters’ clothes are a totally what I wore. And Barb’s glasses. Because I was cool.

The second season of Stranger Things is available now on Netflix. It maintains the quality of the first season and continues the adventure with some new characters added in with our old favorites from the first season.

The OA is very polarizing. You will love it or hate it, no in-between. People who love it find it refreshing and imaginative. Others find it weird for the sake of weirdness. Either way, some of the flashback/dream sequences are amazing, and the diverse cast is very talented.

Love this witty Emmy award-winning, Golden Globe-winning sit-com written and starring Aziz Ansari from Parks and Rec. His character is also trying to navigate modern love. My favorite part of this show is Ansari’s real parents playing his show parents. His dad is a doctor who had to take time off from work to film the show.

When this show first came out, it was appointment television for me. The “No Spoilers” skit, the feminist bookstore, and the ethically-sourced restaurant bit made me laugh and laugh. I was telling a friend who lives in Portland about it and she says Portland residents didn’t find it funny, just true to life. For me, that’s like Hee Haw being real.

Netflix has seven seasons of the anthology comedy from Carrie Brownstein and Fred Armisen available for binge watching.

A favorite I watch over and over. A young executive is put in charge of the IT department for a particularly odd corporation. She knows nothing about IT or managing the two basement-dwelling engineers. It’s like The Office meets English Dilbert. If you don’t like Moss, we can’t be friends.

Netflix has five seasons of The IT Crown available. Star Chris O’Dowd has gone on to Hollywood success in movies like Bridesmaids and television shows like Girls.

If you liked 30 Rock, I think you’ll like Unbreakable Kimmy Schmidt. A young woman, played by TheOffice alumna Ellie Kemper,  is freed from being the prisoner in the bunker of a doomsday fanatic. Kimmy Schmidt went in a girl, but comes out a young woman free in New York City.

Can she adapt to the big city with the help of her roommate Titus, old hippie landlady, and 1%-er boss?

Absurd fun with a message about the strength of women. Netflix has three seasons of Unbreakable Kimmy Schmidt.

I was late to the party on Arrested Development, but it makes a great binge-watch since there are four seasons to watch. Jason Bateman is the adult child of the Bluth family who has to hold the family together after the patriarch goes to prison. Remember, there’s always money in the banana stand.

While Jason Bateman in the star of Arrested Development, the show has a large supporting cast that shine: Will Arnett, Portia de Rossi, Michael Cera, Alia Shawkat, David Cross, and Jessica Walter.

Felicia Day leads a diverse cast of nerd tropes as they struggle with life outside their games. As a person with a gamer or two in my house, it feels pretty realistic. If you have a friend you only know only, or whom you refer to only with a game call sign, this is for you, LordDethBlade88!

Parks And Recreation probably is not new to you if you like this genre, but with seven seasons available on Netflix, why not snuggle in with a season or two?

New Girl, a sitcom originally broadcast on the Fox network, may be the very definition of quirky tv. Binge seven seasons of Zooey Deschanel’s teacher Jess. When her life falls apart, she moves in with three male friends and “adorkableness” ensues.

My favorite show right now, Legion on FX is appointment television for me, and something I’ll watch twice to catch the nuance. Visual stunning, and a great cast. Wednesday nights at 10 ET on the FX network.

Powerless is another comic book show like Legion, but it’s completely different. It’s like The Office meets Better Off Ted set in the DC Universe. Thursdays at 8:30 ET on NBC.

This show never got the love it deserved. Available for purchase through Amazon or via Sling.

Another show that just didn’t catch on. A pie maker can return the dead to life briefly with just a touch sings catchy musical numbers. Available to stream via Amazon Video for a cost.
Get a little taste of Cristen Chenoweth singing Birdhouse in Your Soul.

Originally on HBO, Dead Like Me is available for streaming via Hulu.

A teenage girl with a bad attitude finds herself dead and recruited into becoming a reaper. Great performances by Mandy Patinkin and Jasmine Guy.

I only heard of like 5 shows on here!!!! The one call "Chewing Gum" seems quirky enough for me to give it a try!

I hope you find something you like. Most of the shows, including Chewing Gum, can have mature content.