I get asked this question a lot.

“How do you tell the difference between sadness, grief and depression?” 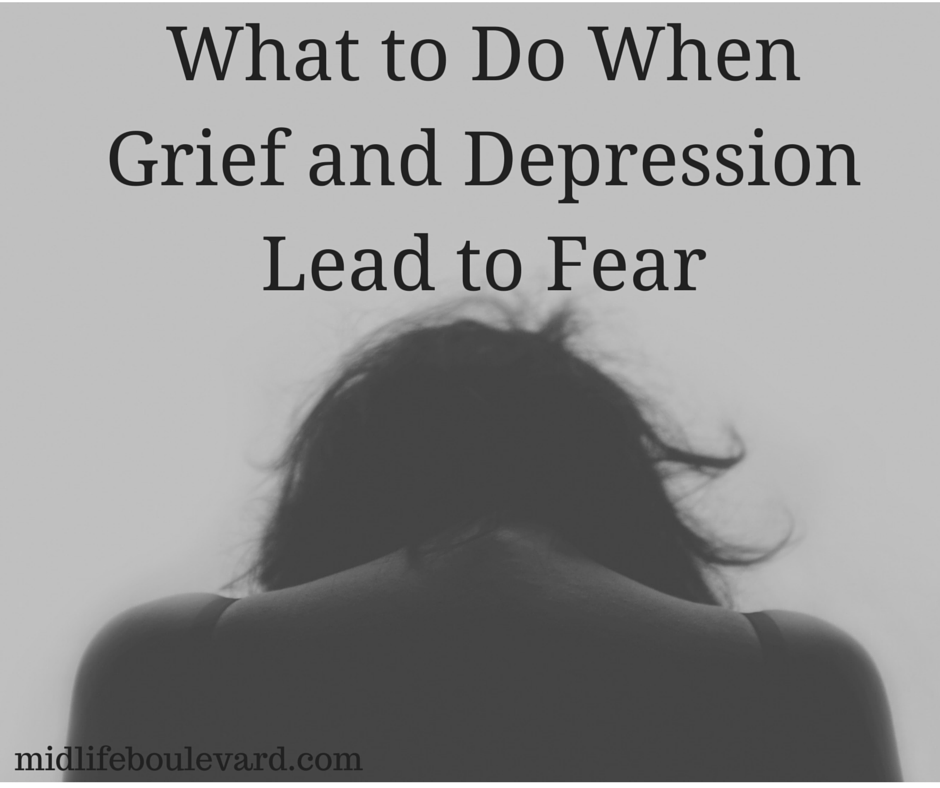 Andrew Solomon speaks in his eloquent and spot-on Ted Talk, “Depression: The Secret We Share.” “People think of depression as being just sadness. It’s much, much too much sadness, much too much grief at far too slight a cause.”

Sadness. For me, a feeling state that is usually triggered by hearing something that is hard to hear, and that you actively feel sorrowful about. It may last a short time. But it is transitory.

Grief. Has a range of stages and emotions. Anywhere from denial to anger to acceptance. Triggered by a loss. A trauma. With time, even a long time, the pain lessens. Grief can morph into depression under certain circumstances.

It can look like frequent yelling at the kids, pacing around at night haunting your home with thoughts of wanting some sleep, managing to find ways to avoid get-togethers, “I just have so much to do“, mixed in with obsessive thoughts. “I just want things to stop for a minute” or, “I know something bad is going to happen.”

It can look like eyes empty of sparkle, getting home from work only to wilt into bed. Not caring about anything or anyone. Either tears that can’t be stopped or a blank face, devoid of much emotion at all. Again quoting Solomon. “The opposite of depression is not happiness, but vitality, and it was vitality that seemed to seep away from me.”

This is a more melancholic depression.

Depression can also be covert, carefully hidden underneath a veil of hyperactivity and over-responsibility. The woman or the man who is in charge of everything. Hand up in the air to volunteer. “If it’s gotta be done, I may as well do it. And do it right.” In private moments, feeling their exhaustion is eating away at their souls.

What I have termed Perfectly Hidden Depression.

When severe enough, all three can lead to suicidal thought. Or plan. These do not not necessarily remit over time. They can. But especially if not situationally triggered, but genetically inherited, they can entrench themselves.

Our almost 14-year-old dog Smokey died last week in his sleep. He had been diagnosed with a spindle cell sarcoma. A nasty tumor. He was having all kinds of troubles. And we had been preparing ourselves since we first noticed the ever-increasing knot on his head. Maybe four months ago.

What I am experiencing now is grief.

But it’s led my thinking on a path that I do not like.

I am aware of fear. Of more loss. It’s not huge. But it’s there.

What if something happened to my husband? Other family? I am not 40. I am 60. Loss is going to occur. That four months flew by. It may have even been three. It’s hard to remember.

I didn’t feel this unease when my folks died. That was almost eight years ago. So why now?

I guess I am simply older. At that time, I was still actively engaged in mothering. Had a young teenager in fact.

If I allow fear or grief to dig into my psyche, it could turn into depression. Anxiety. I have had many patients whose depression was triggered by a loss or a series of losses.

That vitality that Solomon describes. Gone.

What my mother used to more amusedly term, “Her get up and go just got up and went.”

Not my cup of tea.

The answer is simple awareness. If I am aware when those thoughts come into my mind, I can put them on display, rather than allowing them to hide away somewhere in my consciousness.

How I become aware is to tune into that background talk that is always going on inside my head. Notice when anxious thoughts are whirling around. Gaining momentum. The answer is not to try to push them away. The answer is to pull them out into the open.

Confront their rationality. Answer the questions that the fear demands I ask. Think through what I would do. Where I would go. Write them out. See it in black and white. Remember how I have seen others that I admire handle tragedy and loss. Anticipate and imagine how I would cope.

I can remove fear from its perch. Remind myself that it only grows if I feed it.

I will miss my beloved dog.

And get on with living.

As a dog lover myself, I have been wondering about Smokey since you had posted your concerns. But I was "afraid" to ask you. There are tears in my eyes as I type this. As I continued reading your post, though,, I find myself echoing Helene's comments - you have a wonderful way of communicating your thoughts. I'm sorry you lost Smokey so I send you hugs from one dog lover to another. And I'll continue to try to face my fears. Thanks.

How really kind of you to express those feelings Marcy. Thank you. This morning was one week and I picked up Smokey's bowl.s. I have learned about "shiva" (I hope I am spelling it right) from my Jewish friends - a week of intense mourning. I feel like we have done that. So the bowls were my ritual of perhaps moving through that. I so appreciate you commenting.

Oh Margaret. What a beautiful and heartbreaking post. You have a way of communicating in your writing that makes me feel like we are talking one-on-one. I always learn something from em, too. I totally understand your grief over the loss of Smokey. Our sweet pets are so dear to us and their loss is so hard to accept. Hugs to you.

That is the utmost compliment Helene. That we are visiting, just the two of us. Thank you for saying that. I wanted to share this because it was a bit of a surprise to me. I am sure it has happened to others whose life has been harder than mine. Those with chronic illness. Those with trauma. And I have certainly heard my patients talk about it and I have tried to help them. Everyone has their firsts.

I have had one woman comment, "If it were only this easy". Obviously fears can become quite obsessive. This post is not meant to address severe depression or anxiety. I should make that clear. Thanks so much Helene again. And as far as Smokey is concerned... he will be at every sunrise I see for quite a long time.

My Mother’s Alzheimer’s Sparked My Creativity

Vera Linton took a difficult situation and found a way to make it work for her, by encouraging herself to...