When my younger son and his high school football team were in the semi-finals of the Class 4-A Iowa state football championship, it crossed my mind that this experience will be among some of my son’s “glory days.”  I say some because I hope there will be many more to come for him. 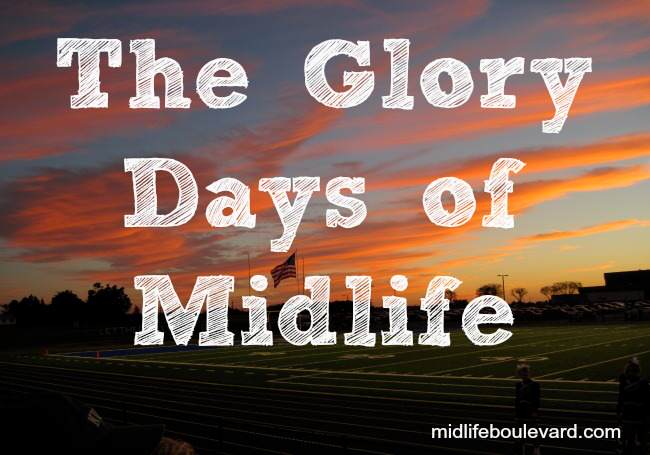 Glory days are defined as “a successful time in the past.”  Visions of the high school quarterback or homecoming queen come to mind.  The term, glory days, has a negative connotation because it’s associated with people who were stars when they were young but then didn’t do much with their lives.   They reminisce about those days and never quite move on.

A perfect example is a dad in the movie, Friday Night Lights, played extremely well by country singer, Tim McGraw, in his first movie role.  He plays an alcoholic father who won the Texas state championship when he was in high school.  He tries to relive his glory days through his son, an Odessa, Texas high school football player.

He puts a lot of pressure on his son to play well and win the title.  He tells him that it’s the only thing he’s ever going to have and that it will carry him forever.  He adds that it’s an ugly fact of life but “You got one year, one stinkin’ year to make yourself some memories, son.”

What a sad mindset to think that your best days are behind you when you’re only 18!  Hopefully, he’s an extreme example but it did make me ask myself, “Is there an age limit on having successes and creating fond memories? Are my glory days over?”

I like to think you can have glory days, not only in high school and college, but later in your career, in your hobbies/passions and even in retirement. The key is that they have to be your accomplishments, your successes – not your children’s or your spouse’s, but yours.

I am trying hard not to make my son’s glory days mine but I can’t help but be proud of him.  I love sports anyway, and to be able to watch someone I know and love is so much fun!  There’s been a lot in the news lately about parents getting too emotionally involved in their children’s sports.  I wonder if many of them are frustrated at not being able to play anymore themselves so instead they show their sports prowess by questioning a coach’s play or screaming at a ref’s call. They also put extreme pressure on their kids to win.

Kathi Prien grew up in rural Iowa and now lives near Des Moines with her husband, Kevin. She is mom to sons, Konner and Keller. Kathi worked in the magazine consumer marketing department of Meredith Corporation for over 20 years. Kathi enjoys running, reading, traveling, good friends, and good wine. She will become an empty nester in 2015. She launched her web site, <a href="http://breaking50.com">Breaking50t</a> in February, 2013 to celebrate the freedom and wisdom of post-50 life.

4 years ago today I found the lump that changed my life.  I won't call it the anniversary or even my cancerversary,...