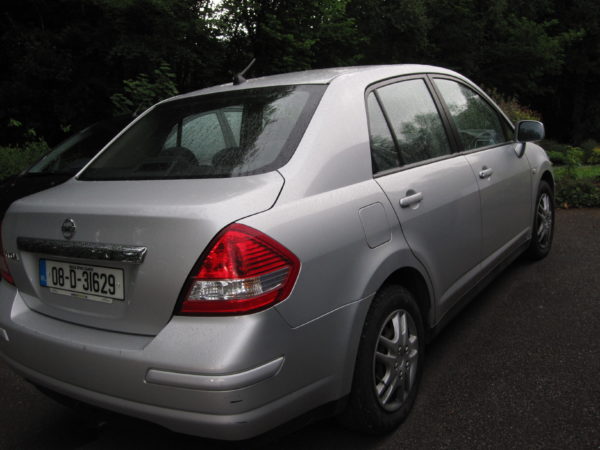 The driver’s side of the faithful steed in which we drove around on the “wrong” side in southwestern Ireland.

Even for accomplished drivers (which I’m not), driving on the “wrong” side can be a challenge.

During a trip to Ireland, we somehow missed the memo about the stress of driving on the “wrong” side. Of course, which side is the “wrong” side depends on where you’re from.

My husband, Mr. Excitement, and I are Baby Boomer travelers from the United States. I realize that the “wrong” side is a relative term. American neural pathways are trained to want to drive sitting on the left side of the car and to stay on the right side of the road.

During our visit to the Emerald Isle, we had enough sense not to try to drive in the capital city, Dublin. We figured driving on country roads would be significantly less fraught. Wrong!

Renting a Car for Driving on the Wrong Side

Since we planned to fly out of Dublin International Airport at the end of our road trip, we returned to the airport to rent our car from Sixt, a car rental brand of which we had never heard.

At the Sixt agency, we walked around our Nissan Tiida (a what?) with 106,602 kilometers on the odometer, noting the dings, dents and scratches, so we wouldn’t be held responsible for prior drivers’ mishaps.

I paid particular attention to the back of the left side-view mirror. From our experiences driving in England, I knew that this is a particularly vulnerable appendage for folks driving on the WRONG side of the road.

As we nervously “joked” with the car rental clerk about the “wisdom” of letting Americans loose on Irish roads, he regaled us with his story of driving the wrong way on an interstate highway in Florida. A Florida state trooper had to lead him off the road. Instead of having to pay a hefty fine, he was let go with a warning because the officer’s grandfather had been born in Ireland.

It occurred to me that the chances of us being pulled over by an Irish police officer (a garda) whose grandfather had been born in the United States were probably slim, and more likely, none. Hence, it was with no small amount of trepidation that we set off for southwestern Ireland.

We gingerly pulled out of the Sixt driveway and approached our first roundabout (traffic circle) on the way to the Motorway (toll highway) that is a ring road around Dublin.

Even though we had wimpily rented a car with an automatic transmission, it took the two of us to drive. Our first roundabout was an adrenalin rush. Mr. Excitement drove the car while I shouted important warnings like:

No!  You have to look to your right!!  Watch out for that truck!!  (That last part shrieked with my eyes wide shut).

We finally made it onto the Motorway where it was relatively easy to stay oriented in the same direction as the other cars (assuming one had not entered the road going the wrong way up an exit ramp). However, I had to remain vigilant because Mr. Excitement had a disconcerting tendency to drift out of his lane to the left. He insisted that with the steering wheel on the right side of the car, he always felt like he was too far to the right. Others who have driven on the “wrong” side have confirmed this sensation, but that is small comfort to the front seat passenger.

On the Motorway, we were hunkered down in the left lane (the slow lane) where there was a robust rumble strip on the left edge of the road to reinforce my only slightly hysterical warnings that we were straying off the road. 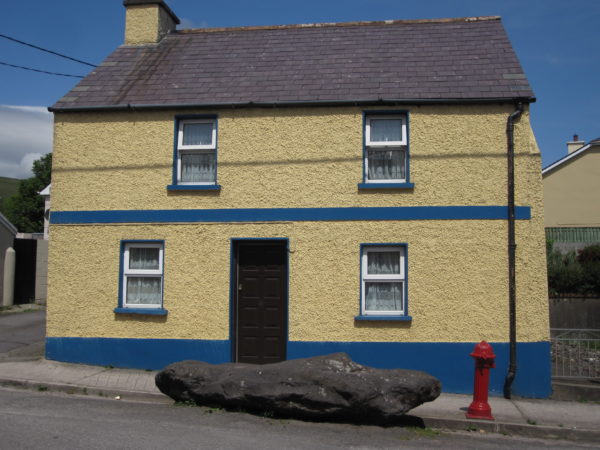 However, once we left the Motorway and  had to use “A” and “B” roads in the countryside, this drifting to the left thing became a much graver problem because not only was there no rumble strip, there was also usually no shoulder. 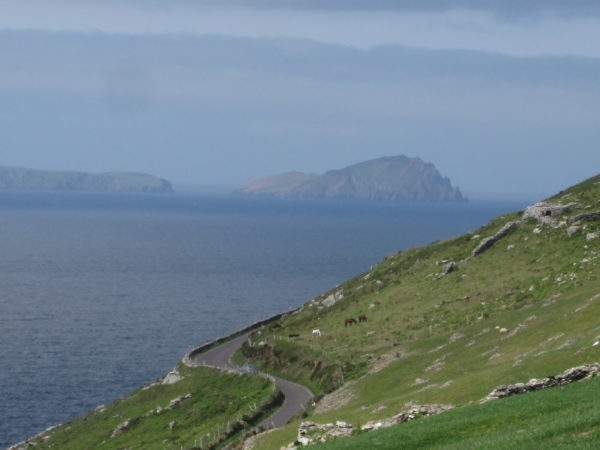 One of the two lane roads we drove on the wrong side on the beautiful Dingle Peninsula in southwestern Ireland. Note the stone wall.

The denoting of these country roads as “two lanes” was often a tad hyperbolic. So, while Mr. Excitement was driving like he was quite sure we were going to meet a tour bus head on, I was wailing about the stone walls millimeters away from the passenger side (i.e. my side) on the left.  These ancient walls were diabolically frequently covered with vegetation, so I had to convince my husband that “No! It is not okay to brush against the side. No! Those are not just bushes.”

As troubling as it was to drive on the country roads, driving through the small towns and villages was also challenging in that:

Let’s just say I was relieved to find out that our left side-view mirror was hinged, and that on our car rental paperwork, I had noted, in a non-specific way, that there were scratches on the back of the passenger side-view mirror.

I am happy to report that seven days after driving out of the Sixt Car Hire lot, we returned the car, relatively unscathed. Our nerves —- not so much.

Have you ever gone on a road trip and had to drive on the “wrong” side?  How’d you do? Are your passengers still speaking to you?

The only good thing about roundabouts is that you can just keep going around until you figure it out.

You will really warm up to winter with these easy to make cold-weather cocktails. Winter Burbon Smash Chili Hot Chocolate Cranberry Mojitos Ruby...