Skip to Content
0 shares
Roz Warren is tired of the same old topic coming up again and again…don’t these authors have anything else to write about? Read more lit-centric humor from Roz on her blog.

At, 60, I’ve read thousands of books, from trashy beach fiction to great works of literature. And here’s my conclusion:

I am tired of reading about adultery. 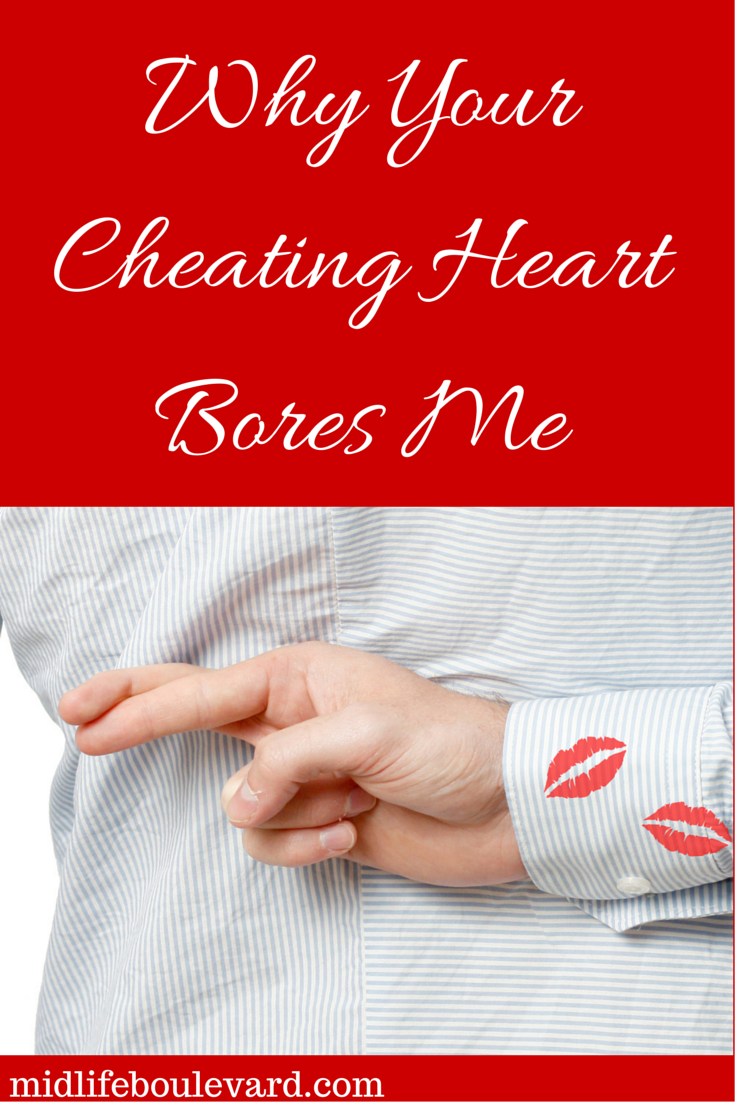 True, a lot of great writers have tackled this topic. And some terrific books have resulted. Madame Bovary. Anna Karenina. The Scarlet Letter. I’ve read and enjoyed many of them.

Not only that, but John Cheever happens to be one of my favorite authors, and it’s certainly true that if you remove all the extra-marital shenanigans from his ouevre, you wouldn’t be left with much more than a symbolic swimming pool and a magic radio.

There’s plenty of great literature about infidelity. But there’s a whole lot of not-so-great literature as well. It’s a basic fall-back plot device for just about everyone who wants to write a novel.

And I say enough.

This isn’t a moral position on my part. While I don’t engage in adultery myself these days,  my (now defunct ) marriage began as an adulterous relationship, so I‘m in no position to claim the moral high ground.  It’s just that I’m so damn tired of reading about cheating hearts.

I’ll begin a new book. I’m enjoying the writing, relishing the voice, and starting to care about the characters. Until it becomes clear that the plot is going to boil down to who beds whom.
Really? Again?

I know what you’re saying: adultery novels have endured because it  remains an ever-fresh, timeless topic. I beg to differ.  It’s always exactly the same. A and B are together.  Will A stay with B or end up with C? (Or maybe even with D?)

Say you’re a writer. Do you really think you can add to or improve upon what John Cheever or John Updike (not to mention F. Scott Fitzgerald)  had to say about hanky panky?
Trust me. You can’t.

After a life spent reading about every possible variation on the theme of people attempting to escape the bonds of holy matrimony, I’ve come to the point that whenever a book starts to turn into Yet Another Adultery Novel, I close it, return it to the library and try again.

Of the last five novels I checked out, three of them were about two-timing.  The Girl On The Train. The Paris Wife. Gone Girl. I’m sure they’re terrific. I didn’t finish any of them.

I’m not much of a TV watcher, but I recently became a big fan of the BBC sci-fi series Doctor Who. Why? Well for one reason, there are 831 episodes,  not a single one of which is about infidelity.  The Doctor is an alien Time Lord who travels through space and time having adventures and battling hostile aliens.  There are no illicit kisses, secret trysts or stolen moments. The Doctor doesn’t want to kiss your wife. He wants to defeat the Daleks and save your planet.

How refreshing is that?

Am I nuts to want to call a halt to all this adultery writing? Or at the very least, a moratorium? I can’t possibly be the only reader who has grown tired of this topic.

Writers! The next time you’re tempted to pen yet another novel about adultery, I dare you to write about something different. A marriage that endures. A multi-generational family saga with no illicit love affairs. A thriller with a female protagonist who fights crime, cracks jokes and kicks ass while wearing modest clothing and unfashionably comfortable shoes.

Please, just give it a try? Thanks.

Next up? Diet books!  I say we purge our libraries and bookstores of every last one of them.

Roz Warren is the author of OUR BODIES, OUR SHELVES: A COLLECTION OF LIBRARY HUMOR. This essay first appeared on THE BROAD STREET REVIEW.

The cure for chronic pain is no cakewalk. Pain sufferers are often misdiagnosed, misunderstood and miserable as portrayed in the...