I was more than a little shocked when I overheard my oldest son refer to Marilyn Monroe as a whore. 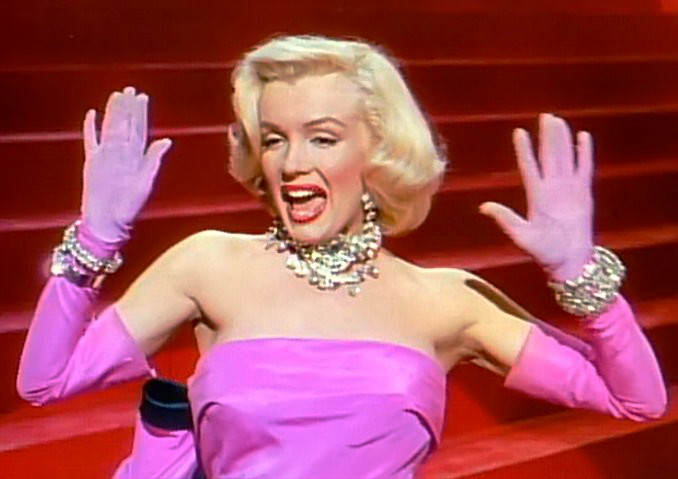 He was telling a story about someone in his class quoting her and he wanted to invalidate what Marilyn said by calling her a whore.  This raised so many red flags for me that I stopped our already-crazed morning routine to have a little talk with (or more like, at) him.

My first question – why would he think she was a whore?

His answer – because she had affairs with married men.

Me – jaw drop with record scratch sound effect and a forlorn “what?”  This was just getting worse by the minute.  I had a lot of bad information to unravel for him in a very short time.

I started by pointing out that she was not married when she dated JFK and RFK, they were.  She was not cheating on anyone, the men were.  Not that I condone affairs, but my point is that it is amazingly crazy to make the woman the evil one when it is the men who were betraying their wives and families.  If anyone deserves a whore label in relation to these affairs, I would have to put it on the Kennedy boys.

Which led to point number two – IF you are going to invalidate anything someone says based on their past sexual behavior, then, in this particular case, you should scratch everything said by these two men from the record.  Now he is starting to see how ridiculous this idea is.  JFK, in particular, has delivered some truly inspiring political speeches.  Should we ignore all his wisdom because of his lack of sexual morality?  Sadly, this is done way too often to women (which just pisses me off!  In case you can’t tell).

Which led to my summation – drop the double standard.  Join us in the 21 century.  Shed that Neanderthal suit you are wearing under your concert tee.  It takes two to tango.  IF you are going to judge, check who was hurting others with their behavior before pointing fingers.

Side bar – I’m still trying to figure out how this whole misogynistic idea works:  these men are so stupid that they are conned?  forced?  into an affair by the woman?  What kind of box of rocks can’t say the word NO.

Which led to my post script – (as he is trying to run out the door) Other people’s sex lives are really none of our business.  Focus your massive brain and teenage energy on something productive; like world peace, ending violence against women, helping your mother more often.

I fought the urge to follow him out to the bus stop in my jammies, robe and slippers to rest my case.

So glad you gave your son that little readjustment of perspective. Sad though that this is still the language and perception of young people today. The double standard is alive and well. Thanks for helping adjust it! :-)

Here’s a absolutely delicious dinner to make tonight! I love any kind of Asian noodle dish, especially a Thai one...