Should you let the timeline of your cancer treatment dictate what happens in your life completely, or should you attack it with the focus of a competitive skier? Ellen Dolgen’s cousin Karen took control of her cancer after diagnosis occurred from her routine mammogram. Ellen has useful advice for breast cancer patients for what to do after a breast cancer diagnosis. Learn what practices correlate with an increased rate of survival. Read more from Ellen Dolgen on her website.

When my cousin Karen was diagnosed with breast cancer, she approached it with a skier’s mentality. She knew it would be an uphill battle with bumps along the way. And, although downhill is a good thing to a skier, she looked forward to the next pinnacle in her life.

I’d like to thank Karen for letting me share her story. I think her attitude and approach will be an inspiration to others.

When Karen recounts her breast cancer journey, she doesn’t candy-coat it. She shoots from the hip. That’s Karen. 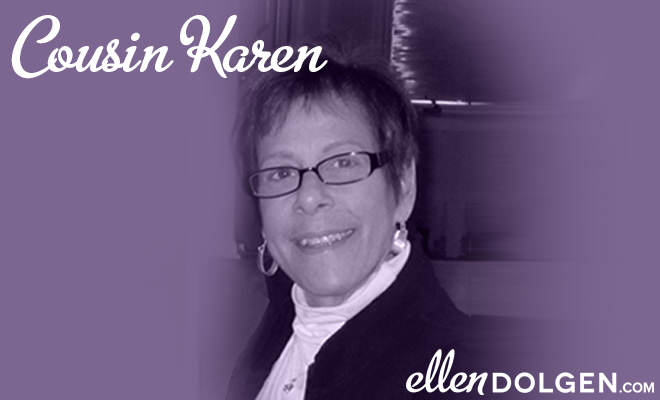 For Karen, her journey began in in June 2010, when she had her annual mammogram. A few days later, she received a call from her doctor, who told her that a second picture was needed. Karen shrugged it off.

Mammogram or no mammogram, that is the question

Over the years, there has been much discussion about mammograms. When should you begin having them? How often should you have them? Are they effective?

According to recent findings from a 25-year follow-up data from the Canadian National Breast Screening Study, annual mammography failed to reduce breast cancer mortality in women between the ages 40 to 59, compared with physical examinations or routine care. The results implied that 22 percent (106 of 484) of the screen-detected cancers in the mammography arm were over diagnosed.

However, the results were labeled “misleading” by both the American College of Radiology and the Society of Breast Imaging. The American Cancer Society still recommends yearly mammograms starting at age 40 and continuing for as long as a woman is in good health.

Luckily for Karen, she chose to have a yearly mammogram.

Following her second mammogram, Karen was told she needed a biopsy. That same week, by the way, she had just signed a contract and paid a deposit to take 28 people on an annual ski trip in January which was only seven months away.

After the biopsy, Karen received a phone call and was told to please hold for the doctor. When the doctor asked her if this was a good time to talk, Karen’s heart sank. Let’s face it, she said that when you’re asked that question by a doctor, there’s never a good time to talk. The doctor explained what the test results would mean to Karen and her life over the following months.

The very next day, Karen went for a bone scan. The day after that, she met with a surgeon. On the third day, Karen had her first MRI.

When people asked Karen’s boyfriend how she was doing, his response was: “She’s mad. This doesn’t fit into her schedule. She just wants to get on with it and get it over.” That’s Karen.

Karen’s advice? Take control. You are in charge! Don’t let others slow you down or tell you it can’t happen because it can. Karen was determined to coordinate her breast cancer treatment so that she would be done by January 15. Karen’s last radiation treatment was January 7. She left for the ski trip on Jan. 15. Did Karen ski? Not much, but she was still thrilled to be there!

Here’s how Karen made it through her “journey”:

Karen isn’t the only one who refers to the breast cancer experience as a “journey.” So does Beth DuPree, MD, FACS, ABIHM. She created The Healing Consciousness Foundation to provide integrative and holistic resources for patients, so that they have the opportunity to not just survive their cancer, but to thrive after the diagnosis of breast cancer. The first thing that Dr. DuPree recommends to her patients is for them to think of their cancer experience as a journey in which every day is a gift. She says, “Being present in the present moment is the gift.”

In Dr. DuPree’s practice — Comprehensive Breast Care Surgeons of Holy Redeemer Hospital—she has found that patients who have emotional and spiritual support throughout their diagnosis and treatment—regardless of their stage—have better outcomes, decreased risk for recurrence, and increased disease-free survival, when compared stage for stage, grade for grade.

Statistics back up this theory. In an Ohio State University study, an 11-year follow-up of patients with stage II-III breast cancer revealed that those who maintained the following had a 56 percent reduction in mortality:

The truth about tomo (tomosynthesis, that is)

Most mammography centers are equipped with a digital mammography now, but there is a relatively new machine available called, the Hologic—Selenia Dimensions/Tomosynthesis Mammography machine. I asked breast surgeon Dr. DuPree to help us understand the difference between these mammograms. She explained, “Conventional 2-D mammography produces a single, flattened image of the breast, making it difficult for doctors to detect small cancers.

Breast tomosynthesis minimizes the impact of overlapping breast tissue during imaging because the camera moves over the breast taking images from multiple angles. These images are combined to create a three dimensional rendering of the entire breast resulting in fewer false positives.”

Dr. DuPree further explained that she recommends tomosynthesis for all of her patients as she says that it is the best technology we have for digital evaluation of the breasts. She further explains, “If a woman has a fatty replaced breast or a whiteout mammogram (the image looks like a search for a polar bear in a snowstorm), then after her 3-D tomosynthesis she can return to annual screening with traditional digital mammography.

For those whose breasts are the “polar bear in a snowstorm” dense, then she may also benefit from ABVS Automated Breast Volume Scan (whole breast screening ultrasound).If she falls into the category of “fibroglandular,” meaning mixed fatty and fibrous elements in the breast, then 3-D should be her annual screening modality. This is the majority of patients.”

Once a patient has her first 3-D tomosynthesis, in Dr. Dupree’s practice then she confers with the radiologist and together they decide whether or not the patient’s breast type is best imaged with 3-D tomo or standard digital mammography for subsequent mammograms.

Karen’s brutally honest about her own experience. Some patients say that getting cancer was the best thing that ever happened to them. “I am NOT one of those people,” she says. She does say that she’s stronger—both mentally and physically—than she has been in a long time. Her priorities have definitely changed.

When Karen questions why this happened to her, she has plenty of answers:

Ellen Dolgen, menopause education is a mission. Spurred by her own experience struggling with the symptoms of menopause, Dolgen has devoted the last ten years of her life to helping other women during this often difficult time. While she’s not a doctor or scientist, she’s “talked the talk” with countless menopause experts, so that she can “walk the menopause walk” and share the keys to this menopause kingdom. Together with her son, Jack, she created a FREE eBook, MENOPAUSE MONDAYS The Girlfriend’s Guide to Surviving and Thriving During Perimenopause and Menopause, a comprehensive guide to all things menopause—the symptoms, the treatments, and the long-range effects on a woman’s health. Dolgen shares the expertise of numerous specialists to replace confusion and embarrassment with medically sound solutions, presented in an entertaining and informative way.

Those Voices in Your Head? They Know Nothing.

More often than not, a little introspection can be a very good thing. But, what happens when self-analysis leads to...