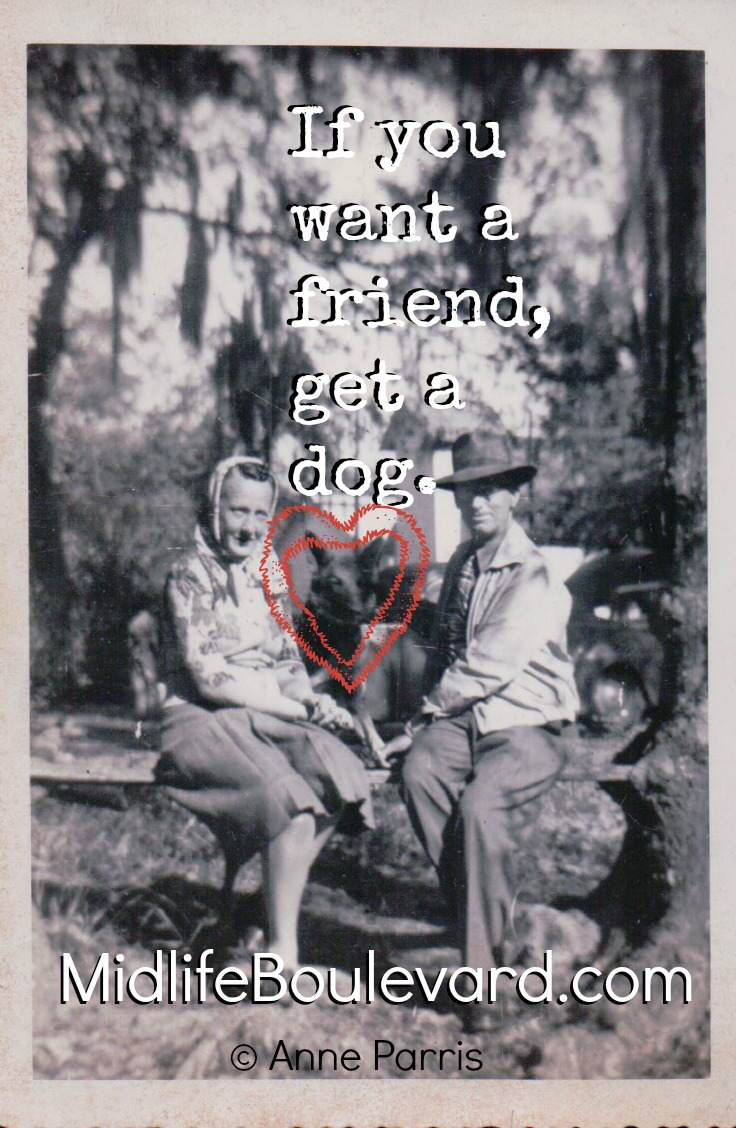 I noticed last year I was suffering from writer’s block. My blog sucked and had a hard time putting on my Funny Blogger hat (there is literally a hat for that) and churning out some amusing anecdotes.

I traced the source of my creative malaise back to the death of my dog, Chewie the Chihuahua. Chewie had been my constant companion for sixteen years. My husband and I took in this tiny puppy with the worst case of mange in North America. Do you know how ugly a crusty Chihuahua is? Very ugly. Like, Satan’s-dog ugly.

Chewie wasn’t blessed in with looks. Or brains. Or urinary continence. But she was rich in blind affection, loyalty, and the organism that causes mange.

During the summer of 2012, she was pretty gray in the muzzle, but it still poleaxed me when she had a stroke during her morning walk and died in my arms.

We buried her in the box from my second-favorite boots. It was the most Chihuahua-sized box in the house and it smelled like suede. Chewie loved to chew on suede, so it was fitting.

I had a hard time going in the back yard for a while. Definitely, I didn’t set foot off the deck all that summer and fall. Seeing the little grave was more than I could take. Also, I was watching a lot of zombie stuff, so zombie dog was a real possibility in my mind.

I take some pride in being “country people.” We are pioneers–people of the land who only have animals with jobs. No people names for pets. No sweaters for animals. Sweaters are frivolous things for people who have obviously gone overboard for their pets. Still, this pioneer mourned that dog like it was the end of Where the Red Fern Grows.

A few months later I was cooking dinner and joking with my husband that I needed a Pomeranian named Firefox. My husband asked why I wanted to name a dog after an operating system, but I said it would be named for the 80s Clint Eastwood movie with the helicopter. No reason.

The next morning I was sitting at my kitchen table. I heard a noise. I turned to look out upon our deck. There sat a Pomeranian.

I coaxed the dog inside after a quick scientific once-over for mouth foam. He looked a little raggedy, but he had on a Martha Stewart collection collar, obviously a sign of class.

This Pomeranian was a Sign From the Universe that my words are magic! Fear my wrath! Buy me some lottery tickets!

Long story short—we found the owner, returned the dog, the owner called us and offered us the dog, and I made my eyes really big until my husband agreed to let us take the dog.

His name is Firefox. He has sweaters. 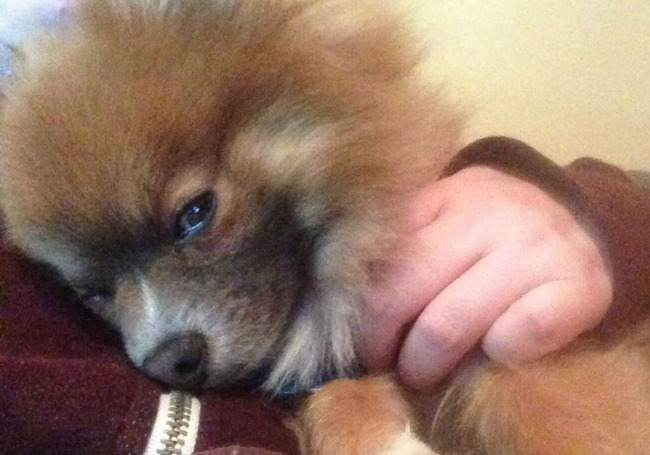 This is our weekend linkup. In the links below you will find some of the best post of the week from our community of writers. Enjoy!

Such an amazing story, and obviously you two were meant to be together. You are both adorable. By the way, can you please put it out there for me that I'd like an all-expenses paid trip around the world?

I am happy for you, your family and Firefox! Pets just fill a space in our hearts that we didn't even know there was a void!

I can relate to how you feel about your dogs (both Firefox and Chewie). We have a 60 pound basset who will break our hearts when he's gone. He has filled that nurturing space left empty when our kids had the audacity to grow up and leave!

I have to say, that is still the most astonishing story! Clearly, you and he were meant to be. All that cuteness AND no mange!

So glad you wrote about your New feller - I had wondered his you git him-what an amazing coincidence! And Os-that was cute funny-glad you're back

Thanks, MAP. This was only a piece of fluff and it still took me two days.

Anyone Can Find Their Creative Side

When I was in high school, I sang in chorus, swing choir, musicals, contest, etc. I was also a cheerleader,...