After graduating from the University of Miami, our younger son stayed on in Miami for a few years. We planned a visit to South Beach, a neighborhood of Miami Beach, Florida,  just to see him — during the winter, of course. 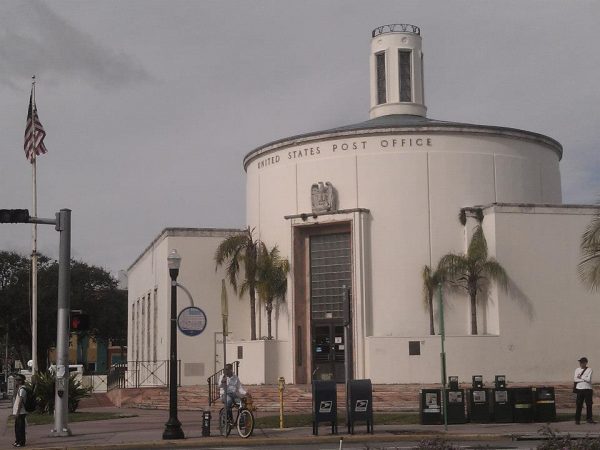 South Beach is the southernmost neighborhood in the city of Miami Beach, and, not surprisingly —  it’s on the beach. It’s a barrier island boasting an Atlantic ocean beach and backing onto Biscayne Bay. South Beach has its share of beach front high rise hotels and condo buildings, restaurants, bars, and retail shopping. However, since 1979, it has also been home to the Miami Beach Architectural District, an almost one square mile area of protected and restored hotels and residences built in the 1930’s art deco style. The District is on the National Register of Historic Places.

Today’s South Beach people scene is a melange of visitors from all over the country and the world. When you people watch during your visit to South Beach, you will see well preserved retirees; muscled tan, gay guys; hipsters; hospitality industry workers; and, some obviously down and out homeless people (frequently speaking to people who aren’t there). Attire ranges from barely there to cruise ship casual. Ladies, If You Have to Almost Drown, Let Me Suggest Having to Be Saved In Front of This South Beach Lifeguard Station. Only, “Hey Fellas, Turn Around, You’re Supposed to Be Watching the People In the Water!”

This is a vast improvement from the South Beach scene from the mid-1970’s until the late 1980’s which was described by one observer as “a peculiar mix of criminals, Cubans, and little old ladies.” Indeed, when the popular TV show, Miami Vice, started shooting in South Beach in 1984, they were able to film on location in seedy, rundown abandoned buildings.

For exercise, you can window shop along the Lincoln Road pedestrian street mall. Pick up the pace on the shoreline walking and bike path. Your Visit to South Beach Should Include an Art Deco Tour

To learn about the South Beach renaissance of the late 1980’s and 1990’s, I went on an art deco walking tour sponsored by the non-profit, Miami Design Preservation League. During the engaging hour and a half tour, our knowledgeable guide pointed out the characteristic features of the South Beach art deco architectural style. This style borrows aspects of the streamline moderne and nautical moderne styles such as curved edges, racing stripes, “eyebrow” platforms over windows, “frozen fountain” and porthole motifs, and bas reliefs on facades. Although the original buildings were painted shades of white and beige, today, the buildings are painted in soothing, soft pastels. On the tour, we were able to enter the lobbies of some of the hotels to observe design features of etched glass, terrazzo floors and murals.

South Beach also boasts the third most photographed building in the United States after the White House and Graceland. It is the former home of Gianni Versace, one of the international fashionistas whose arrival spurred the revival of South Beach. The mansion was built in 1930. It was modeled after the oldest house in the Western Hemisphere, the Santo Domingo 1510 house built by Christopher Columbus’ son in Santo Domingo in today’s Dominican Republic. Unfortunately, Mr. Versace was assassinated in 1997 on the front steps of his mansion by a serial killer. After a few days visiting South Beach, you can easily drive down to Key West on the scenic Overseas Highway, one of the great U.S. road trips.

Have you been to other places in the United States and the world that have revived themselves by protecting their past?

I went on the South Beach Art Deco tour where I was there last June and highly recommend it. It was fun to learn more about the buildings and art deco in general.

Many people attend church on Easter and Christmas and rarely throughout the rest of the year. Perhaps you attended regularly...