If you’re like me, you yearn for back stories that offer valuable guidance and inspiring insights. The music group that brought us Help! and taught America how to Twist and Shout gave me a beautiful one to contemplate.

Learning I’d be visiting our daughter in London this Spring, a friend advised me to check out Liverpool. Her encouragement didn’t disappoint.

Liverpool delivered fascinating maritime history (it launched the Cunard Line and played home to the Lusitania and Titanic, too). The city also rewarded me with an unexpected interview on the BBC (host Simon Hoban and I exchanged Across-the-Pond viewpoints ranging from politics and journalism to royals, lifestyles and careers).

However, the theme I brought home from Liverpool is that life’s challenges can hold seeds to our long term success.

Following the path to visit Liverpool’s legendary Beatles provided the very vehicle with which to share the message.

I did more than descend into the Cavern club where the group often played to lunchtime crowds. I spent hours meandering through the Beatles Story, an exhibition where the band’s early days are meticulously chronicled and preserved. 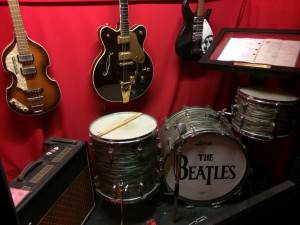 Born between 1940 and 1943, all four Beatles were considered “War babies”. Growing up during that era meant that their otherwise exuberant youth was overcast by England’s WWII battering.

As young boys, both John Lennon and Paul McCartney lost their mothers. Ringo Starr was hospitalized and missed lots of school. George Harrison suffered from shyness.

Individually and collectively, these guys could have decided that childhood circumstances qualified them for a dead-end existence. Instead, the future Fab Four arose from a dispassionate era and helped create a vibrantly hopeful new one. 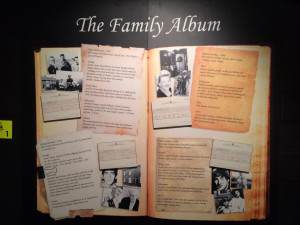 Much of England’s infrastructure was gutted during WWII, leaving the British populace in the economic doldrums.

Surprisingly, this lackluster environment proved a welcome and fertile venue for a “poor man’s” form of music known as skiffle. Skiffle, a type of blues and jazz, originated in the southern U.S. Its use of washboards, jugs and guitars made forming a musical band economically accessible for any Liverpool youth. Soon, kids everywhere were joining Liverpool’s Skiffle Craze.

George Harrison received his first guitar while hospitalized and credited the simplicity of skiffle for starting his musical career.  Playing skiffle songs with as few as two chords gave him an encouraging way to build upon the most basic of skills.

The local young men who would become world famous musicians could have remained spectators during this passing phase. Instead, each immersed himself in Liverpool’s music movement.

In 1957 at the age of just 15, John Lennon led in his own skiffle group. Lennon’s Quarry Men joined the ranks of what would soon number over 300 aspiring local bands.

Liverpool music became so prolific that it spawned its own genre and a newspaper of the same name — Mersey Beat.

When competition grows both in number and quality, it’s easy to justify exiting the race and leaving the game to others. Instead, John Lennon performed in every venue he could while flubbing on lyrics he had yet to memorize.

When a common friend invited Paul McCartney to listen to John’s Quarry Men and demonstrate his own musical prowess, John initially faltered. A quote from John recalls, “Wow, he’s equal to me in ability.”

But rather than fearing competition, John chose to embrace it. He extended a place in the band to Paul and challenged his own musical talents. In the future, the duo would collaborate into stellar songwriters. 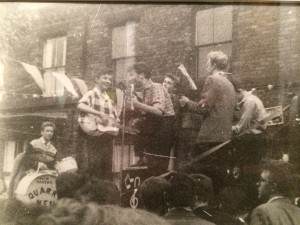 Lack and the Need to Improvise:

The Quarry Men evolved into the Beatles but still lacked a drummer. They declared the beat was in the guitars — even when it wasn’t. Despite having no percussionist, band members pressed anxiously through auditions and still got hired for gigs.

There were other challenges. Paul McCartney originally played trumpet and when playing and singing became a challenge, he exchanged his trumpet for a guitar. Being left-handed, he reversed the guitar strings and played to his more dominant fingers.

The Beatles actively worked Liverpool’s church halls, ballrooms and coffee houses. However, they didn’t rise to prominence until enduring a few harrowing trips to Hamburg, Germany.

It’s here that the teenagers got their parochial eyes opened and their musical mettle tested. After reluctant parents were convinced to let them go and their manager advanced them with new sweaters and tennis shoes, reality soon set in.

Band members were horrified by their lodging arrangements. They endured eight weeks in a dirty, windowless room situated behind a sex cinema screen. The theater’s restrooms doubled as their washroom.

Hamburg’s club managers were demanding and crowds older and more bawdy than the familiar ones they played for back home. The group was expected to perform six days a week, often for hours on end.

It would have been easy to claim their tour manager misrepresented the trip’s workload and accommodations. The Beatles could have buckled and booked it back to kinder turf. But they stayed.

In what Paul later referred to as “800 hours of rehearsal”, the fiery trials of Hamburg proved their weight in gold. Here is where the Beatles honed their signature sound and transitioned from mere musicians to accomplished stage performers.

Returning to Liverpool, they were heralded as international performers and recognized for their now distinguishable musicality. That fiery trip abroad refined the developing band members who would become global celebrities and cultural change-agents.

There are plenty more examples to illustrate how the Beatles “made it” – including a murky, last-minute decision to invite drummer Ringo Starr into the band.

The true insights, however, are found in their aspiring attitudes, optimistic outlooks and purposeful persistence. Fifty years later, we can still reflect upon the how anyone’s life’s challenges can serve as seeds to long term success.

If you’ve been caught between launching your dream and seeing it realized, here’s hoping this Beatles back story inspires you.

The Beatles story happened a lot longer ago than Yesterday, but yours can begin today! 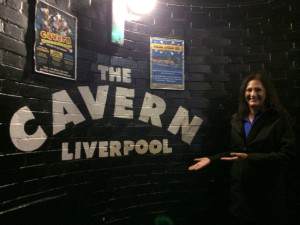 Read more from Maura Sweeney on her blog, Maura4u

If I told you I knew how to help slow down the aging clock, would you want to know how?...