The mother of a marine who was deployed to Afghanistan, Rena McDaniel brings her unique perspective to a touching story of two soldiers. Read more from Rena McDaniel on her blog, Diary of an Alzheimer’s Caregiver.

What does Veterans Day mean to me?

It used to be a day reserved for our forefathers. Dads, grandfathers and uncles. People in our past and present lives who served this country and kept our freedom intact. We would hear stories as children about the fighting, and the rationing of things like gasoline and food.

If you are old enough, you remember what Vietnam was like because we could see the “explosive violence” right in our living rooms on the evening news.

That was then and this is now. Now it’s not our fathers, it’s our sons, not our grandparents but our grandchildren, not our uncles but our brothers and sisters who have been sent out to keep that freedom true.

My son at Parris Island, SC

As the mother of a marine deployed in Afghanistan for a year, my biggest fear was that dreaded visit telling me my son would not be coming home. I had nightmares quite often. The very last curve on my way home from work was the hardest to drive.  I would actually sneak up on my own house, scared to death to see a foreign car in the driveway.  I often pictured myself driving straight past my house so that I couldn’t  be given the awful news. It’s been a couple of years now but I can still remember those fears quite vividly.

I was reading through the paper I came across the “Parade” insert that is always included. The front page showed a picture of two headstones at Arlington National Cemetery.  The title of the story was “A Memorial Day Tribute–Forever United” written by Barry Yeoman. It is still of great importance today as we celebrate Veterans Day. The story I read was of two boys who went to the Naval Academy together.  They became the best of friends, even their families became friends.  Travis L. Manion and Brendan Looney. They cheered each other on and pushed each other to succeed.

My son saying Goodbye to his son.

Travis was deployed first.  While on patrol he was killed trying to draw enemy fire away from two injured soldiers.  He died on April 27th, 2007.  He was only 26 years old.  Brendan was devastated as you can imagine, but he wanted to make his best friend proud.  He was deployed to Iraq in 2008, two days after his wedding.  He went on 58 successful missions.  On September 21, 2010 he flew on his last mission where his helicopter crashed killing him and 8 other soldiers.

Travis was originally buried in Pennsylvania close to his parents home.  After Brendan’s death it was decided that they should be buried next to each other in Arlington National Cemetery.  Travis was moved, and in death as they were throughout their lives they are side by side for eternity.

It was a very moving article.  The sister of Travis Manion started a foundation in his name that helps returning veterans acclimate to life back at home through a mentoring program.  Brendan’s wife Amy works there also.  Travis’ father co-authored a book about Travis and Brendan’s friendship titled Brothers Forever.

So this year on Veterans Day lets remember them all our grandfathers, uncles, and brothers, our grandchildren, dads and moms, kids and brothers and sisters. All those who stood up to the call to protect our freedom. I know I will! 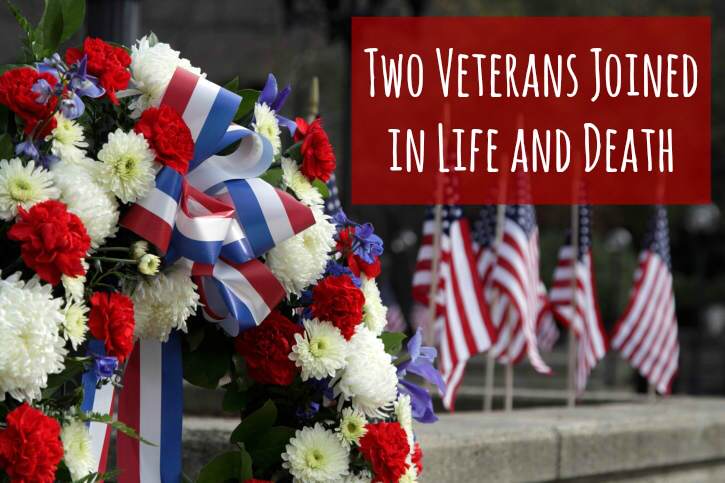 beautiful post, Rena. As a military wife and mom, the biggest fear truly is the fear of the "foreign car."

What a beautiful, yet sad, tribute. I love that Travis Manion's sister started the foundation in his name, veterans deserve that sort of thought and guidance after all the sacrifices they have made.

Thank you for this beautiful post Rena and for reminding us all that Veteran's Day is not just a special day to honor those who served our country long ago, but also to honor the men who so proudly serve and defend us today.