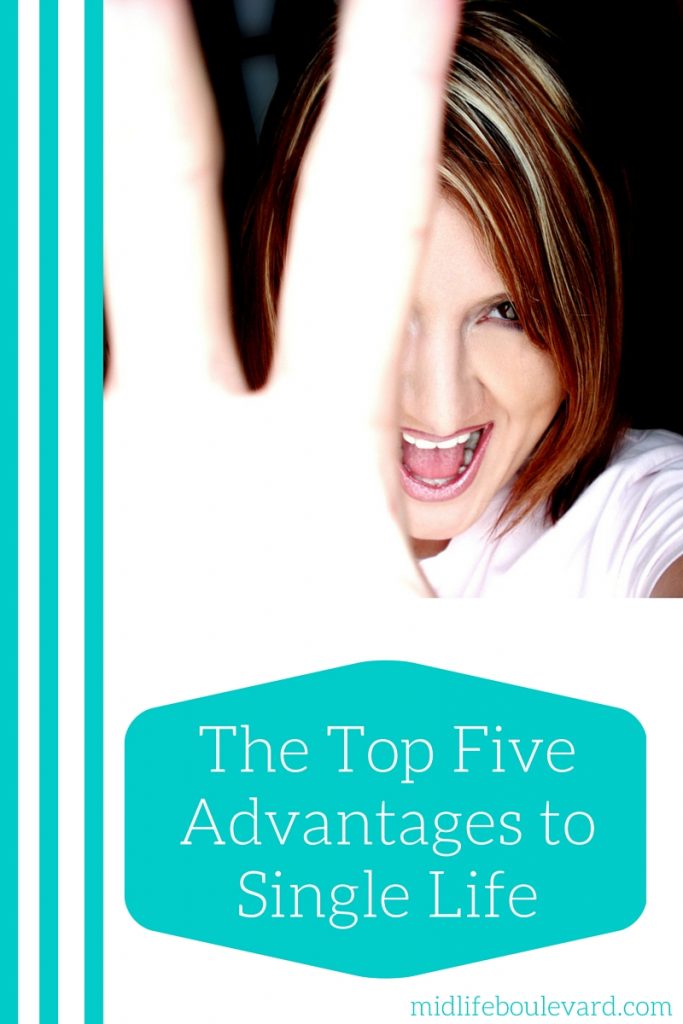 Candace Karu writes over at her website of the same name. Another version of this article was originally published there.

A few weeks ago I looked at the calendar and realized an important anniversary had crept up on me and taken me totally by surprise. I have been officially single for 16 years.

I’ll admit that it never occurred to my younger self that I would spend the second half of my life as a single person. Not in my wildest imagination did I envision navigating solo through mid-life and beyond.

Honestly, as a much younger woman, when I bothered to think about what my Golden Years would look like, I imagined they would be something like an erectile dysfunction drug commercial. You know, the ones where the mature, but still totally hot-looking couple spend the day doing all the fun things you never had time for as young marrieds. Like them, I pictured us playing tennis, antiquing, sailing, whipping up a gourmet meal in our magazine-worthy kitchen, all the while staring lustfully at each other and sneaking kisses, before ending our day with mind-blowing, if medically enhanced, boinking.

I naively thought that once our children were appropriately educated and had decamped to more inviting pastures, the hubs and I would take advantage of our exquisitely redesigned and decidedly empty nest to recapture the bliss and excitement of our younger years. We’d travel. We’d learn Italian. We’d cook together. We’d finally get a subscription to the symphony. And our sex life would soar to heretofore-unknown heights. We would be that enviable couple, sitting in our backyard claw foot tubs, holding hands and gazing at the sunset.

Sadly, this was not to be. Before both children were officially launched, my marriage ended. I was a single parent for a few years, but since then – for the last 13 years to be exact – I have lived alone, with only silent and alarmingly unhelpful dogs for companionship. This anniversary and what it represents never fails to grab my attention. How did this happen to me?

While it’s true I never thought I’d be single for such a long time, these years have been the most productive and fulfilling of my life. My career has taken me in directions both unexpected and exciting. My now-adult children live close to me and continue to bring me unexpected joy almost every day. I count my siblings among my closest friends and am lucky to hang out with my mother at least once a week. The breadth and scope of my friendships enrich my life beyond measure.

And truth be told, being single has real advantages. Single living isn’t everyone’s cup of tea, but if like me, you really like spending time alone and don’t mind extreme independence, charting your own course can be an exciting adventure.

For all these reasons and more, on most days I love being single.

Sure there are times when I think: Maybe that special someone is out there just waiting for me to find him … all indications from Match, eHarmony, OKCupid, and Tinder to the contrary. I admit this freely.

But it’s entirely possible, nay, likely, that I will remain single for the rest of my life. I’m not at all dismayed by the prospect of retaining my unmarried status. I will continue to fill my life with family, friends, dogs, and adventures. But I will always leave the door to my heart slightly ajar.

Come back next week for a list of things I miss most about being married!

We made it through my son's college graduation. Pomp, circumstance and all. There was some kind of mace scepter that...