Tracy Beckerman, nationally syndicated columnist, will be speaking at BAM Bloggers at Midlife this weekend in Nashville. Become a fan of Lost in Suburbia on Facebook  and Twitter and get more Lost in Suburbia, at www.lostinsuburbia.com

I was catching up with a friend over a cup of coffee at her house when my eye caught the gleam of something new and shiny in her kitchen.

“What is THAT?” I exclaimed adoringly. She followed my gaze to the new appliance on her countertop.

“And it does all the cooking for you,” she added. 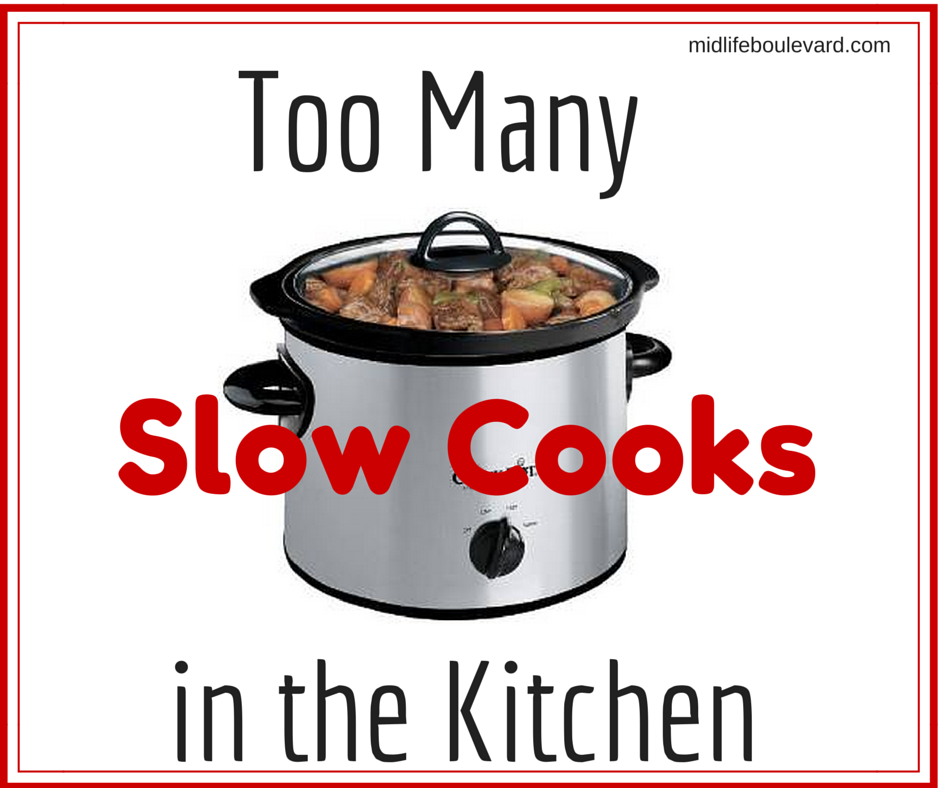 I found this piece of news very intriguing. As someone who is severely kitchen-challenged, I was definitely up for anything that could do the cooking for me. I had tried to teach both my kids and the dog to cook so I wouldn’t have to, but that never quite worked out, although the dog was somewhat better at it than the kids. This slow cooker thing seemed like the perfect solution.

“Well, you go out and get all your ingredients for the meal you want to make, chop them up and pre-cook them if necessary, and then put them in the slow cooker for four to six hours.”

“Wait, you mean I have to go out and get the food?” I replied.  “And I have to prep it and cook some of it before the slow cooker does?”

She looked at me dumbly.

“Well that doesn’t seem like a great deal!”  I complained.

I was really surprised.  From the way she had raved about the thing, I had actually assumed the slow cooker would do the supermarket shopping and maybe even fold the laundry for me, too. And the fact that I had to chop and pre-cook, too, definitely seemed like a bit of a scam.  If I was going to drop a wad of bills on a slow cooker, I not only wanted it to dice, slice and cook the meal for me, I wanted it to eat it, too.

I had been duped by this kind of bait and switch once before.  We had an oven with a self-cleaning feature and when I tried to use it, not only didn’t it clean the oven, it smoked up the kitchen so badly the fire department thought I had torched the place. Of course, I had set several fires in the kitchen before so this wasn’t a completely unreasonable expectation on their part.  Smoke aside, however, the oven was such a mess afterwards I had to spend two hours sand-blasting it. I finally realized when they said it was self-cleaning, they actually meant I was going to have to clean it myself.

Not wanting to get caught in this kind of misunderstanding again, I decided I needed to be very clear about my kitchen appliance requirements.

“Are there any slow cookers that completely prepare the meal for you and all you have to do is just serve it on a plate?”  I wondered.