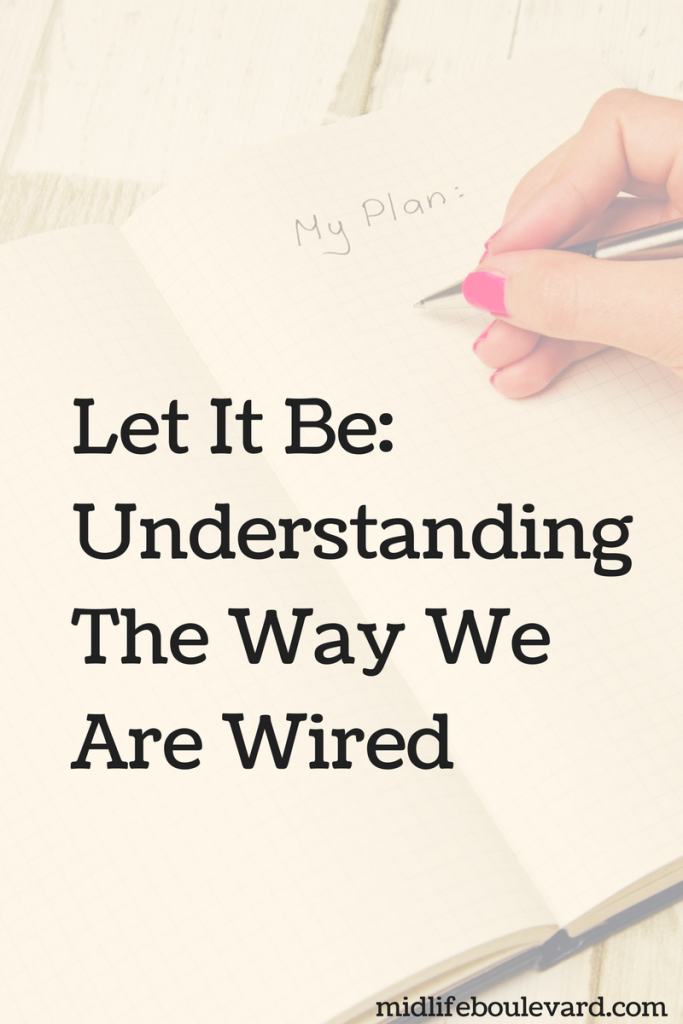 Tomi Rues writes about life and the lessons she’s learned, similar to this one about letting people simply be themselves, over at Think. Write. Inspire. You can find her there and let her know we sent you!

A few weeks ago I found myself sitting down to write at around 5:20pm or so. It was a Sunday. I was hoping to get our schedules organized for the week, and I heard the shower turn on upstairs. I quickly figured out it was my husband taking a shower before he and one of my daughters headed out to my other daughter’s basketball game.

If I was the parent going tonight, I would be in the car anxiously waiting for my daughter to come out of the house so we could get on the road, fully aware that it doesn’t actually take 40 minutes to get to the rec center where the game is, but knowing I wanted to have plenty of time to get there to be sure that we didn’t walk in late.

Honestly? I can kind of respect and appreciate how laid back he can be at times. Even possibly find myself a little in awe of people who go with the flow and don’t get too worked up about things. I am, by nature, an observer of human behavior, and here is what I know:

We are all wired the way we are wired.

Truly, the sooner we understand that and stop trying to change others in an attempt to make them just like us, the better. It’s not that we shouldn’t offer advice or try to lead by example, but we should let people be who they are.

During this one discussion years ago I was talking to my mom about one of my daughters, and she said, “Let Emma be Emma.” I don’t even remember what the conversation was about! Maybe we were discussing how she wasn’t going out for cheerleading or wasn’t doing something else that I wanted her to do. Whatever the situation was, my mom’s advice really helped me.

So, be who you are and let others be who they are. For me, I’ll be the one in the car waiting for someone to come out the door so I’m not running late.

Have a great week! Spend some time doing something that fills you with joy.

As a Type A personality who 'needs' to fix everything, this is a lesson I had to learn. It's not easy but a lot less stressful in the end.

Carol, I couldn't agree more. You are so right! Once I learned this lesson, life got easier and less stressful for me and everyone else around me. Thanks for reading and commenting. Have a sweet day!

What you have said is so true and well put. I only wish I had figured this out when I was much younger. So many of us waste our lives in the very disrespectful and pointless pursuit of changing others. Positive Self-development is really the only way to make society a better place for everyone. The great thing about being 60 now is that I can truly 'let it be' and understand that people need to change themselves (if they want to) and it IS NOT my job!

Gilly, Thank you very much! I love what you wrote and I couldn't agree with you more. Thanks for taking the time to read and comment. Have a great weekend!!

Looking for a quesadilla recipe for a quick and easy weeknight dinner? With back-to-school, fall, and all their accompanying activities...