SPOILER ALERT: If you haven’t yet watched the Sunday, March 23 episode of The Good Wife, don’t read this post.

No one was prepared for what happened to Will Gardner on Sunday night. No one would have thought that his client, a sweet looking young man accused of murder (played so well by Hunter Parrish) would have stolen the gun out of a policeman’s belt and shot multiple people in the courtroom. It never crossed anyone’s mind that Will might die on last night’s episode- but he did. Just when things seemed to be smoothing out between him and Alicia, and it seemed possible that, if not lovers again, they might be friends sometime soon. 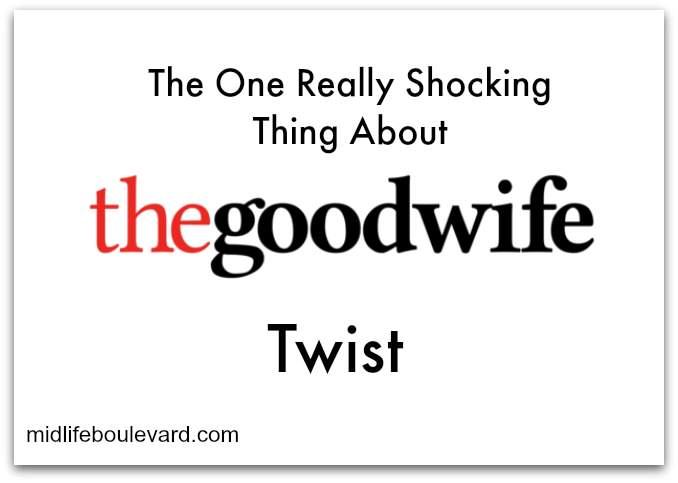 (Who are we kidding, right? Everyone wanted them back together. They were so hot.)

Reports indicate that Josh Charles, the actor who played Will Gardner, wanted out of his contract to pursue other opportunities. Let’s hope he doesn’t go the way of David Caruso (NYPD Blue), Katherine Heigl (Grey’s Anatomy), T.R. Knight (Grey’s Anatomy), Anthony Edwards (E.R.)  and others whose careers never quite took off when they left successful shows to spread their creative wings. Only time will tell.

As surprising as the loss of Will Gardner is,  the truly shocking thing about last night’s episode is how commonplace the experience of sudden death is. It happens in such random ways. Like to my hair stylist’s friends and coworkers, at his place of employment. Maybe, like the poor souls on Malaysia flight 370, on an airplane somewhere over a lonely stretch of the ocean. Or it could happen like it did to my friend Dean, on a freeway. Sudden death, unexpected and untimely, is always shocking and impossible to understand, and yet it happens. A lot.

We become attached to the characters on our favorite shows, looking forward to catching up with them during episodes, then forgetting about them during hiatus or between seasons. We’re not invested in them emotionally, except for the hour we spend with them each week.  And yet when something like this happens we feel shocked at the suddenness and unfairness of it. Remember, way back, when Colonel Henry Blake (McLean Stevenson) was killed off of M*A*S*H*? It was as if we had lost a family member. How about when George O’Malley (Knight) died after being hit by a bus on Grey’s Anatomy? Good grief that was gruesome.  But we get over it, because these are just characters on TV. We get over it because it isn’t real.

In real life, people die for no good reason too. They die in car crashes and bank robberies. They die when they choke on a piece of steak. They die of sudden, massive heart attacks, in house fires, of accidental drug overdoses. People die for no damn reason at all.  And since this happens, we should keep in mind that, as morbid or depressing as it may sound, you never know what can happen.

Obviously you don’t want to live your life waiting for the worst to occur, but don’t live it wasting your days being thoughtless or angry or dismissive, either.

Will Gardner was a take-no-prisoners type of person. As he said to Kalinda last night, “Real life isn’t for us.” He lived his life on his terms, especially during this last season, and looking back now it’s clear that his death was what his new and improved “screw the world” attitude was leading up to. While not many of us can live that way, we can all try to seize the moment as often as possible.

Rest in peace, Will. You made the most of everything you did.

Will and Alicia sort of almost made up a bit earlier in the episode. I wish I had thought "ha, something horrible's going to happen," but I was just glad they did.

Of course my first thought was to go onto facebook but I knew people in the Central and Pacific time zones hadn't seen it. I called my best friend. She had it on her DVR. I made her watch it

I don't watch "The Good Wife", but I will never forget the episode of "Thirtysomething" when Gary died. I was like, "WHAT?!?!?" Frankly, I think I had an unhealthy attachment to free-spirited Gary and I will never forget how horrible I felt when he died on the show. And, it soured me of ever riding my bike along the Schuylkill, I can tell you that!

Agreed about how unusual it is to be able to keep a secret like this, and very glad they did... this is a great piece Sharon. I love the show, and I also love the reboot... really feels fresh. I'm so glad they didn't have him "move to LA to open that office"... that feels lame in a way... this kicks the show in the ass the way that life does all too often.

That's a similar thought I expressed today when I talking to my friend Susan about the twist. This means there will be no Happy Ever After for Will and Alicia, which is a huge change, and a lot like life.

Huh? Will died?? I loved Good Wife, but stopped watching it when the unwatched episodes started piling up on my DVR. So sad...

What was most shocking to me is that it is almost impossible to keep a secret like this anymore. These things always leak, even if only as rumors. And especially because this show is not one of those shows that kills regulars. When Scandal killed James last week, I wasn't happy, but I also wasn't shocked. But the Good Wife really shocked everyone.

I know, right? It was a really well-kept secret!

What to Think about Before Downsizing

Downsizing Your Home? As a Boomer, one of these days you might face an inevitable event: downsizing. Will it be...