Melissa T. Shultz will be speaking at the BAM Bloggers at Midlife conference on Saturday, March 7, 2015. This post is certain to resonate with any mother who has sent her son off to college. Read more from Melissa on her blog, Sisterhood of Mothers

This is a story about a boy and his room.

When he went to sleep that night nine years ago, our first night in this house, boxes were piled high around him. Before he fell asleep, I read to him from his favorite book, The Stinky Cheese Man and Other Fairly Stupid Tales — I’d packed it along with his teddy bear and his new checkered comforter and marked the box OPEN FIRST.

After the story, I lay next to him for awhile, the lights still on. He wasn’t ready, he said, to turn them off, or for me to go. So I pushed the hidden button on the teddy bear’s heart — the one that triggered the 30-second recording of me singing a few lines from “Help.” It had become his lullaby when he was an infant, when I was so sleep-deprived that I couldn’t remember the words to a single other song.

When I was younger, so much younger than today
I never needed anybody’s help in any way… 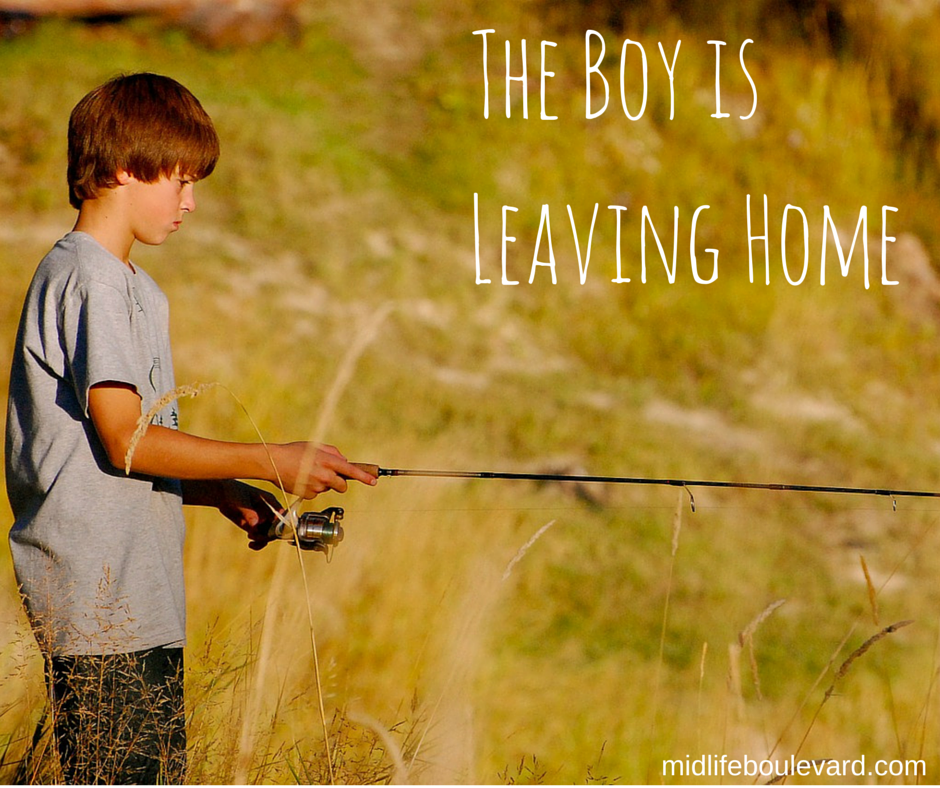 I watched him as he grew sleepy. His lashes were as golden as his hair, and dipped at the ends. His skin was perfect. I knew he was halfway between the years of wide-eyed wonder and those of surly rebellion — the Time of Bliss — and I wanted to savor every moment. What a boy, I thought, what a magical nine-year-old boy. When he laughed, it made me laugh. When he cried, it made my heart ache. If he were selling dirt door to door and I’d never met him, and didn’t need any dirt — just one look at that face and I’d have bought a truckload.

We sang along, and he pushed the button over and over, until he drifted off to dreamland, and I got to work.

I’d made up my mind that I was going to unpack all the boxes in his room — so that when he opened his eyes the next morning, he’d find it entirely different from when he closed them. The six months leading up to the 1400-mile move had been hard: his father had gone ahead of us for his job, while we stayed behind to finish the school year. That winter was brutal, one of the worst in memory — one ice storm after another, followed by difficult goodbyes to friends, to teachers, to the home and the places he loved. I wanted to make him happy — to give back some of the bliss he’d given me just by being him. To create a space that he would enjoy the way he had his old room, where he acted out characters from books and assembled Lego creatures both large and small.

Fortunately, he slept like a log. I hung clothes in his closet and capes and hats on wooden pegs, put pictures on the walls, books on shelves, and toys in his red, wooden wagon. I displayed his Lego creations, stored trading cards in a shoe box under the bed, and lay his moon-and-stars rug on the floor. Over his bed I hung the yellow Styrofoam sun with a smiling face.

By 4 a.m., I was finished. I’d even flattened the boxes and carried them to our box-filled garage. Before I went to sleep, I set my alarm for 8 a.m. — I wanted to see the expression on his face when he woke up.

“Cause something happened when I was sleeping,” he said.

“My room got nice. The boxes are gone,” he said. “You gotta come see my room.”

Last week, after taking him to college to begin his freshman year, I packed up that same room. Some of his things will be thrown away, some given away, some kept for memory’s sake. He still had the Legos and the trading cards, but most of the other things had been replaced or boxed up over the years. There were a few drawings and pictures left on the wall — he’d mailed his favorite posters to his dorm, including several of The Beatles. His closet was mostly empty, save for a few hanging items wrapped in plastic — the judo clothes that had been my husband’s as a child, the wool blazer my mother gave him when he was a toddler, the tiny fake leather jacket he wore when he pretended to be Elvis, the honor-society tees.

I vacuumed curtains, bedding, and dried-up toothpaste on the carpet.

I dusted the sun with the smiling face.

The button on the bear had long ago lost its juice, but I sat down on his bed and sang the lullaby one last time.

Help me if you can, I’m feeling down
And I do appreciate you being ’round
Help me get my feet back on the ground
Won’t you, please, please help me?
Help me, help me, ooh.

Melissa T. Shultz is an essayist and journalist who contributes to newspapers and magazines, and is an editor with Jim Donovan Literary in Dallas, Texas. Prior to freelance work, Ms. Shultz was Director of Creative Services for a trade association in Washington, D.C. Ms. Shultz is currently at work on a book about transitioning to the empty nest (Sourcebooks, Spring/2016). Follow her on Twitter: @MelissaTShultz and visit her blog: http://www.sisterhoodofmothers.com/.

Melissa T. Shultz is an essayist and journalist who contributes to newspapers and magazines, and is an editor with Jim Donovan Literary in Dallas, Texas. Prior to freelance work, Ms. Shultz was Director of Creative Services for a trade association in Washington, D.C. Ms. Shultz is currently at work on a book about transitioning to the empty nest (Sourcebooks, Spring/2016). Follow her on Twitter: @MelissaTShultz and visit her blog: http://www.sisterhoodofmothers.com/.

Beautiful. My daughter left for college this year, and just yesterday I found myself in her room, looking at what she left behind, and crying. Such a hard transition. Thank you n

You're not alone! Hang in there, it does get easier. Thanks for reading the essay, and writing to me!

I love all of this, but especially those couple lines: “My room got nice. The boxes are gone,” he said. “You gotta come see my room.”

What a beautiful memory, Melissa!

Thanks for writing! It really is one of those sweet memories you hope to keep alive.

This is a beautiful and breath-taking post Melissa. Thank you.

Thank you, Margaret..I know you understand the feelings expressed...