Yes. I know. I’m coming (pun intended) to the Oliva Pope/President Fitzgerald party waaaaaay late. But I’ve come to the party with a vengeance. I’ve managed to watch all 37 episodes that have aired to date in the last month.

I forgot to brush and floss, make kids’ lunches, take my meds, shave my legs, kiss my husband, let alone hob his knob (I know, that’s not a saying, but it should be). I have basically been useless.

Because who can be bothered to hob your husband’s knob when you can watch the ridiculously chiseled, delicately be-chest-furred Tony Goldwyn get his knob hobbed by the gloriously, salubriously magnificent Kerry Washington?

And the way he wants her. He’s willing to give up being the most powerful man in the free world just to be able to park his Caddy in her garage.

How the heck can any of us in the real world, where we have psoriasis, halitosis, shingles, dandruff, Athlete’s foot or are simply more soft, round, old and poorly lit than these gorgeous glamazonian thespians, how can we compete with that?

We can’t. And, unfortunately an image is worth a thousand words. Maybe Tony Goldwyn has halitosis? Maybe Kerry Washington has irritable bowels? We can certainly hope. But all that we see is passion, desire and perfection.

So. It was with a sense of inertia that I climbed into bed with my husband of thirteen years, Henry, after viewing my umpteenth Olivia Pope/President Fitzgerald tryst — this one occurring in the stunning Vermont country home he built for her tricked out with stained glass windows from freaking Versailles or some such gobbledygook — and I was feeling a bit uninspired to discover my husband lying asleep, his body sprawled across the bed like a gut-shot Secret Service Agent, twitching spasmodically due to his Restless Leg Syndrome.

We’re obviously performing sex inadequately. But then I reconsidered. Here are the two reasons I decided married couples shouldn’t give up on sex, no matter how un-cinematic it might be:

Men don’t care about having sex that’s as hot as it looks on TV. (Yes, I’m generalizing, but I dare you to tell me different, men?? You’ll take sex any way you can get it. Just admit it!)

Sure men wouldn’t mind if we looked like Kerry Washington with those pink, flotation device lips, and lustrous, obsidian pools for eyes (I think I might be turning into a lesbian), but mostly they just want sex.

Any kind of sex is fine. Good, bad, tepid, awkward, lazy, drunken, self-righteous – they’ll take it. It’s we women who are the problem.

Yes, Feminists, (of which I count myself one), we are suckers for impossible romance!

We are devourers of movies like Twilight where the carnivorously handsome bad boy loves us so much he’s willing to change his ways, yet somehow remain dangerous and sexily bad, albeit monogamous. With only us. (By which I mean “me,” because “us” implies plural, which doesn’t dovetail with “monogamous.” I think I need more wine to finish this post. Be right back.)

We ingest books like the 50 Shades of Gray series by the bucket load even if we’re Rhodes Scholars with Phds in Nuclear Fusion. Who can resist Christian Gray, a man who flies his own jet, plays effortless piano concertos while signing in Austronesian Tagalog and knows his way around a leather harness which he straps you in while flashing his twelve-pack abs (six is so yesterday)? Who can resist this lie??? 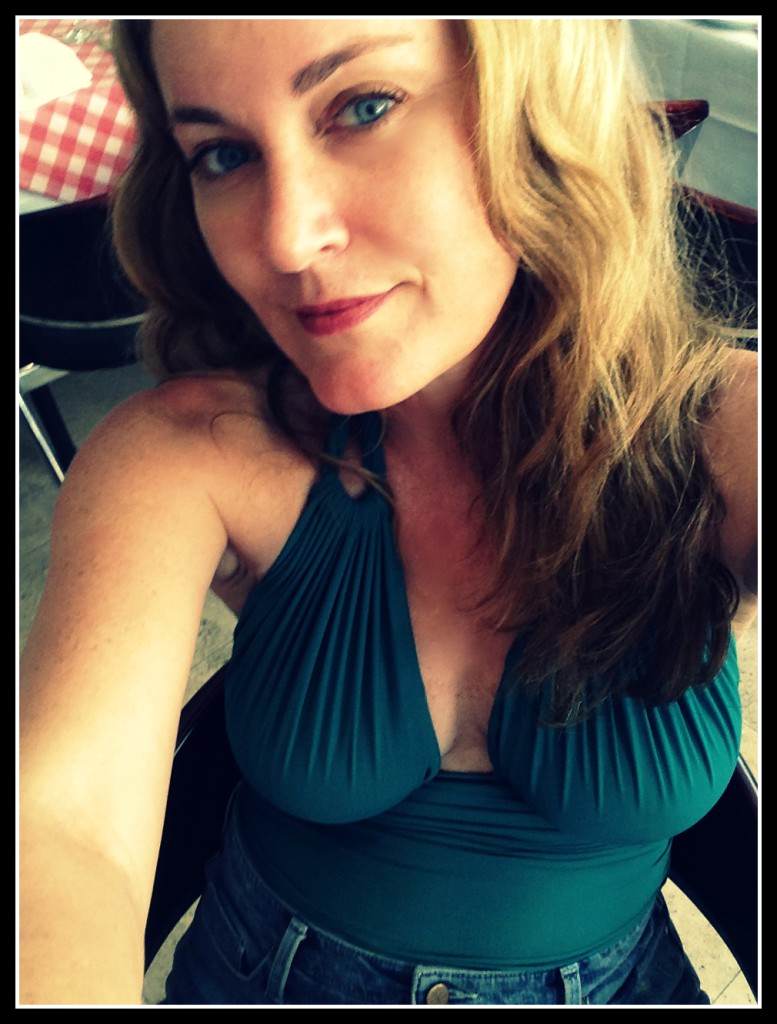 Me with some very good lighting.

The second reason we married folk shouldn’t give up our celluloid-deficient sex:

We’re far more difficult to please than men in the bedroom. It’s because of the connection between our right and left-brain hemispheres, which makes us capable of multi-tasking during sex.

Which means collecting, categorizing and collating all of the ways in which our man isn’t doing what Fitz does to Olivia, like missing our body so badly while running the free world that he has to bite our arm flesh, or being able to dexterously shed our panties with just a flick of his pointer finger, or, well, there’s that 12-pack.

But here’s the thing. Once we ladies can get past all the ways sex with our husband isn’t like the sex our TV, movie, book heroines enjoy, then we can step into a world of possibility. And this world is real. You can touch it, taste it, feel it and it can still surprise you. The transition from fantasy to reality can be difficult and we can choose to be lazy and live in our heads, but more often than not it’s worth the effort.

So last night I slipped into bed, naked as Miley Cyrus on a wrecking ball, and lifted up my sleeping husband’s t-shirt, pressing my naked flesh against his back. He wasn’t asleep after that.

I suspect, had a camera been in the room, we would not have inspired the fantasies of any Scandal aficionados like myself, but today we both have  a smile on our face. 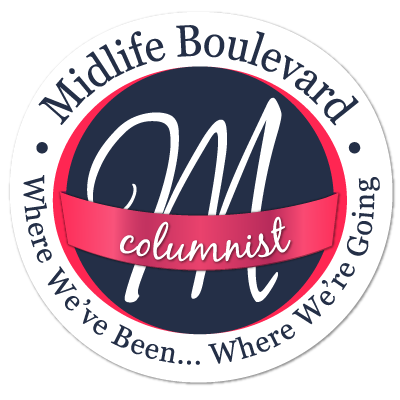 Shannon Bradley-Colleary blogs at The Woman Formerly Known As Beautiful. She's also a contributing blogger on The Huffington Post. Her posts have landed her on The Today Show, NPR, CNN, Raising America with Kyra Phillips, Fox11News and more. She's been published in The DailyMail Online, Babble, Blogher and MomsLA. Her book, Into The Child: 40 Weeks in the Gestational Wilderness was named one of the Top 100 Indie Books of 2012 by the Kirkus Review. Her book, Smash, Crash and Burn: Tales From The Edge Of Celebrity, details her life as an L.A. Wacktress (waiter/actress) in the early 90s; including her relationship with Brandon Bruce Lee and a her tête-à-tête with David Schwimmer. She kisses and tells. Shannon is thrilled to be a monthly columnist on Midlife Boulevard.

Great post. I have been a big Scandal fan from the beginning! Yes, television does set us up for impossibly high bars for sex, but you just have to realize we live in the real world where things are crazy and go with the flow!

Or we could be like Mia Farrow in The Purple Rose of Cairo and step into the movie she's watching. Oh wait, she was in a movie watching a movie. Sigh.

Have to admit that I have not watched nor read the show,book and movie you reference. (Am I that out of it culturally?) And not because I was too busy having hot or even tepid sex with my husband. But I do like a good hob nob phrase when I read one! Plus I envy you the 12 pack. Someone I am married to (not naming any names, but he looks like a hubster) sports a full kegger. Lights off babeee!

Awww, I love the way you ended this. Made me happy. And I laughed throughout. Now I'm going to get the back-seasons from Netflix. Good on ya.

Are you an Aussie Lynne?? I can't resist an Aussie man.

Those are the best two reasons!

I was a loyal Scandal watcher the first season, but when I came back for the second season, it just got too soapy for me.

Olivia manages everything with ruthless efficiency except for her love life. I guess I just don't get the irresistibleness of Fitz.

I would have kept the Henry Ian Cusick character on the show an set up a plausible love triangle with him, Olivia, and Fitz. Or him and James and Cyrus.

Anne you are a tough cookie! He had me at Let's have sex in the Oval Office!

Holiday Gift Guide for Women Over 50 This is the 2013 holiday gift guide you’ve been waiting for. Peruse at...