As I talked with a friend recently, she made a personal comment about her marriage. In return, I spoke candidly about my seventeen year union. She nodded; she and her husband had hit the fifteen year mark with similar challenges. Within minutes, we had bonded on a new level.

We all share life experiences and grow from honesty and openness. What isolates us is silence. 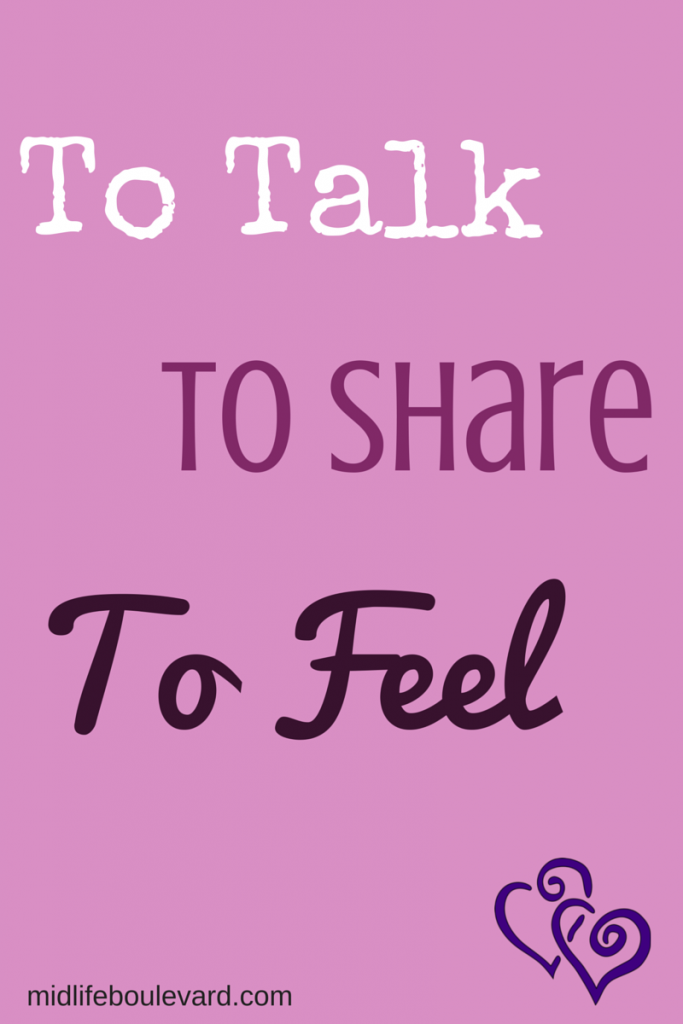 I have an easy time meeting people. Social situations don’t scare me. But, in the last decade, I noticed that I had been keeping a piece of myself separate. I’ve never been afraid to speak my mind. Speaking my soul was more difficult. And that has changed.

I had a miscarriage ten years ago, on January 19, 2004 at 3:35 p.m. It started at home and continued in the parking lot of my OB/GYN. I had my two year old son in tow. I remember trying to park as a woman in the car next to mine fiddled with her phone. I couldn’t open my son’s door. She saw, but ignored me. Finally, I started to cry and screamed at her. “I’m having a miscarriage, can you pull out so I can get my son and get to the doctor.” She was horrified, mumbled something, “I’m so sorry,” looked sick, and avoided my eyes. She quickly drove away. My husband met me in the office where he took over kid duty and I went to the rest room. It was awful. Finally, I was sent to an exam room and an ultrasound determined I’d lost the baby. We cried with my doctor and were all numb. And we mourned. It was a death for us.

I talked about it.

I had told everyone I was pregnant so I told everyone I’d lost the baby. It made some people uncomfortable. And that was just too bad. I also found that I wasn’t alone. Of course I wasn’t. Miscarriages are common. They just aren’t talked about. What surprised me, what warmed my heart, was the response to my vulnerability. People scooped me into a giant hug and held me until I no longer needed holding. They sent flowers, they brought casseroles, and they sat with me while I cried. They told me their stories, and my pain became their pain. Together we healed.

It’s hard to be authentic. We risk rejection and ridicule. We rationalize hiding our true selves. On one level, it makes sense. And yet, it makes no sense. If we don’t share our true selves, then who do we share? Many people, even those we consider friends, won’t respond to honesty and depth. But then we’ve learned something. We have further defined that relationship. But so many friendships bloom when fed them with truth and openness. And, we grow closer, we grow stronger. We see that we are not alone. We speak our soul, and we are heard.

It's a death, it really is a huge loss and we do everyone a disservice when we don't talk about it. I'm glad your cousin shared with you.

Recently I was speaking with my cousin, and she opened up about a miscarriage she suffered 15 plus years. To this day, she says it still hurts. Touching article.

I couldn't love/agree with this more. I lost a baby two years ago and, though few people knew about the pregnancy beforehand, I blogged about the gut-wrenching experience. I was brutally honest about how much pain I was in, about the irrational feelings I felt and I didn't give a damn if it made people uncomfortable because I wanted people to know that A) my life was not just business as usual and B) this baby had existed, if even for a short time. What a freeing experience. Just like you, sharing my story opened so many other women up to the idea that they could share theirs with me and, in that completely unfiltered, unedited honesty, I found some healing. Though miscarriage is still taboo to talk about, for reasons unknown to me, I feel really encouraged when I read articles like this one that talk about the fact that it happens, that it's so common and that it's not something to be swept under the rug. Thank you for sharing with all of us.

Thank you for sharing, Melissa. I'm glad this article resonated with you.