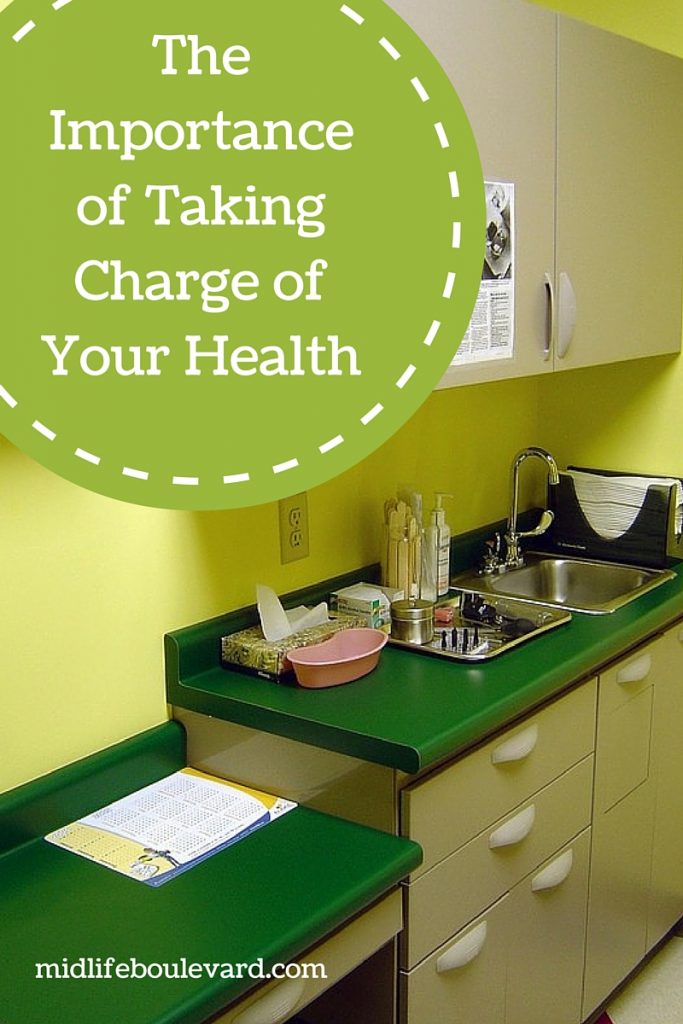 A few weeks ago, I had my annual mammogram. The report came back saying that everything was fine. But at the bottom of the report it said that a breast ultrasound in 2012 revealed some abnormalities in my right breast and that there had been no follow up.

I remembered that ultrasound in 2012. I have dense breasts. The mammogram showed “something”, so I had an ultrasound. The results of that ultrasound were inconclusive, but the radiologist had assured me that she didn’t think it “was anything” and asked me to follow up in 6 months. I did – same result.

So, I didn’t think anything more about it. That is, until I read that one sentence at the bottom of my mammogram report that said “abnormality – no follow up since 2012”. How many times have you heard of a mammogram being normal, but cancer being detected in an ultrasound? My gut told me that I had to find out more, so I called my doctor and requested an order for an ultrasound.

I went to my ultrasound appointment last week. As I was waiting, I received a call from the nurse in my doctor’s office. She told me that the hospital was requesting a diagnostic mammogram and that my doctor would not provide the order. That was fine with me – I had just had a mammogram and didn’t need another. However, I was stunned by the next words out her mouth –“You know, we really weren’t supposed to provide an order for the ultrasound because you didn’t come for your annual exam last year”. Are you kidding me? Here I am, trying to be proactive about my own health and my doctor is giving me a hard time about missing one annual exam. I have been her patient for OVER 30 YEARS and have rarely missed an annual exam. I expressed this to the nurse and assured her I would be making an appointment soon. But it was up to me to convince the staff at the Breast Center to give me the ultrasound.

I talked with the Breast Center staff, showed them my report and they talked to the radiologist who eventually agreed to do the ultrasound.

But what if she HADN’T agreed? What if I hadn’t pushed to get it? WHY did I have to PUSH to get it? Why were there so many hoops to jump through just to get a breast ultrasound?

• You have to be proactive in taking care of your health
• Read the reports for medical tests that you have. I’m glad I read past the “mammogram is OK” part, so I could see that I needed to follow up with an ultrasound.
• When you have a medical test, do not depend on your doctor to tell you everything you might want to know. My doctor never called to suggest an ultrasound. If I hadn’t read the report and pursued this myself, it would have never happened.
• Don’t hesitate to be firm and insistent when it comes to your health.

I am pleased to report that the ultrasound only showed some benign cysts, so I am just fine. It was also recommended that since my breasts are dense, that I opt for the 3D mammogram next year, which will save me having to have an ultrasound. My insurance does not cover the 3D mammogram, but I was told that it was only $50 more to have it, so I will gladly pay that out-of-pocket.

Have you ever had trouble getting a diagnostic test that you felt like you needed?

After posting this, I heard from Dr. Aletha Oglesby who left this important comment:

“Neither mammography or ultrasound diagnoses cancer, we still need a biopsy for that; those tests help us determine the need for biopsy. Also, a diagnostic test is almost never a substitute for a face to face meeting with your doctor so you both fully understand the issue.”

Cathy, thank you for sharing your recent experience. I agree - you're not proactive with your health, you'll end up having to be reactive later on, which is a lot harder and more costly in many ways, physically, mentally, emotionally, and financially. Way to be on top of your annual breast exams and I'm so glad to hear everything was benign. Our health is EVERYTHING! Thanks again for sharing :)

Do You Call Yourself An Expert?

Everyone is good at something. My dad was a minister and he officiated at one man's funeral who was the...