Susan Bonifant has figured out some things, now that she’s an empty nester. Including how to clean her laptop. Read more from Susan on her blog.

For quite a while, I have been married to a man who travels. I’m good with that. I like a lot of solitude, and I’m very independent. We miss each other, we have nice reunions, etc.

But my laptop is whirring. 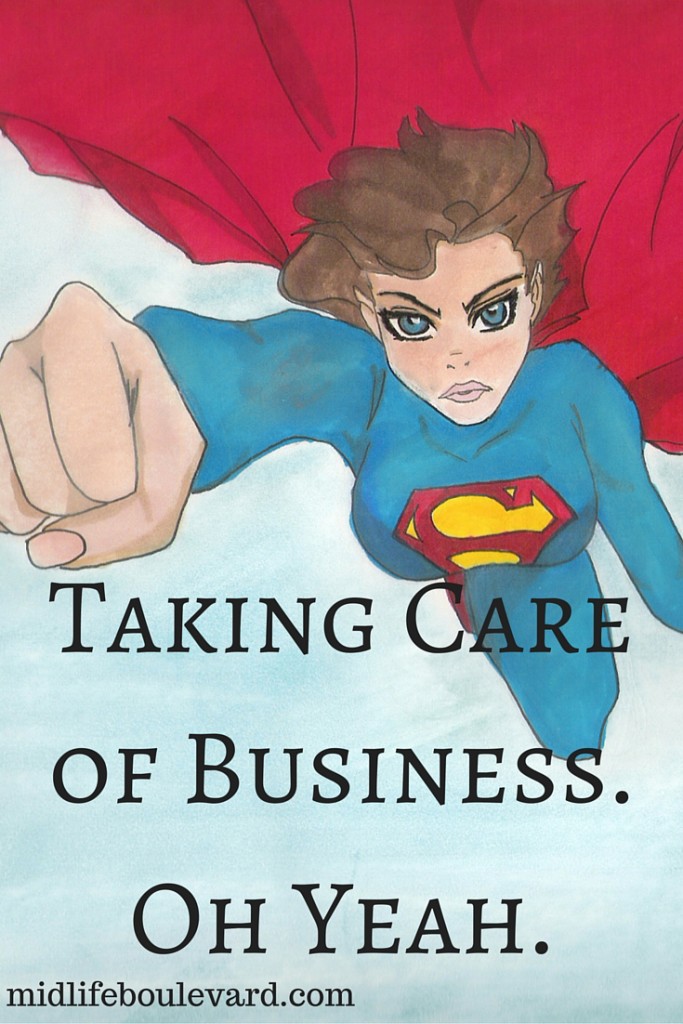 Any other day, I’d hand it to my husband who would “take a look” and show me the problem which I would not care about as long as the problem was gone.

But today it means there will be a visit to the Geek Squad at Best Buy in my future, which drops my mood instantly to a C+ when it should be an A.

There will be a guy in a white shirt and black tie who, if he’s like my last geek, will prefer computers to people. He will be behind the counter helping a customer when I arrive. When the customer leaves, the Best Buy guy will motion me forward with a blank facial expression.

I will explain that there is a whirring noise and he will look puzzled and say, “What do you mean, ‘whirring?'” And then I will have to either mimic the whir with a sound effect or say something like, “You know the sound a car makes when it’s accelerating through the gears and you don’t shift quickly enough? That whirring noise?” And he will say, “Actually, it sounds like more of a hum.”

So, thinking about this, I thought I’d first pose a DIY question to Google, and see what it could suggest:

Why is my computer making a whirring noise? I typed.

Google came back with a few possibilities, including a clean-up of the laptop’s backside for which I would need a screwdriver to remove the casing, and compressed air to blow all of Gus’s writer-cat hair and my writer crumbs away.

Our chores fall along the lines of inside stuff and outside stuff. I take care of the inside using products I can find easily, like Pledge and Windex. He takes care of the outside using things in his workshop that have dangerous parts and orange CAUTION! stickers that make me uncomfortable.

Back when we were June and Ward and he was traveling a lot, if I’d sent a text asking where we kept canned, compressed air, he would have called me and said “What are you doing and why do you need that?”

But he’s traveling more frequently now, and I no longer wait for many things as a rule, and I wanted to clean my laptop now and I did not want to talk to the geek at Best Buy, so I texted him: “Do we have a can of compressed air anywhere?” and he texted back: “Yes. Look on the shelf in the office.”

We’ve grown since Wally and the Beav left.

And life is the very best when you don’t have to go to Best Buy.

Susan Bonifant is an essayist and novelist who has launched four children and returned to a full-time writing career. Since 2008, Susan has maintained a blog titled "Worth Mentioning," where she captures a sometimes overlooked view of parenting, friendship, working, marriage, and other aspects of daily life that make them worth remembering. Susan is a member of the New Hampshire Writing Project and the Grub Street Organization in Boston. In addition to the Christian Science Monitor, she contributes to the Concord Monitor and blogs at <a href="http://www.atticview.blogspot.com">Worth Mentioning</a>. She lives in Hopkinton, New Hampshire with her husband Larry and writer-cat, Gus.

Good for you! I know it is so easy to just pass the chore off but you did it. I always think it funny that there is such a thing as a can of air!

Style Forever: Is It A Fairy Tale?

Some links are affiliate links Refreshing breezes blew in this weekend…don’t you just love it when the wind begins...