Skip to Content
0 shares
Why is it called “menopause” when it doesn’t happen to men? A humorous essay about the joys of…womenopause from Marcia Kester Doyle. Read more from Marcia on her blog, Menopausal Mother.

The dictionary defines menopause as “The period of cessation of menstruation, occurring usually between the ages of 45 and 50. Also called, “change of life.” 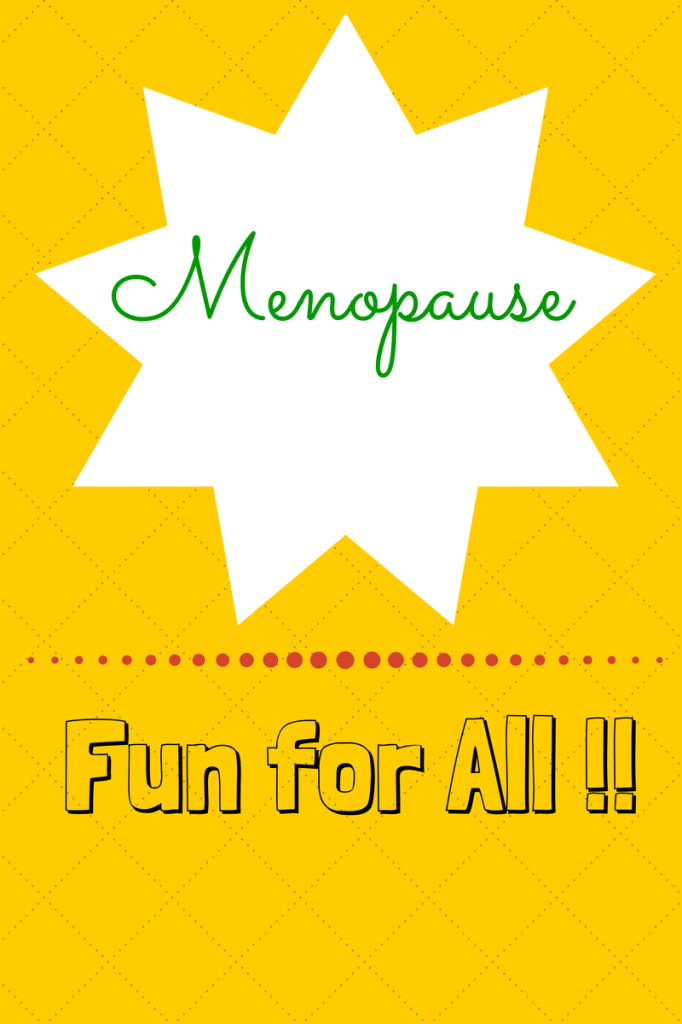 The problem with this definition is that it doesn’t define the meaning of “change of life.” No one tells you how long menopause lasts—doctors politely tell you that if you’re experiencing some of the symptoms of menopause, you’re merely pre-menopausal. Nor can they tell you how long this period of hell can last.
My symptoms started a week after my 40th birthday when I woke five pounds heavier. No, I did not pork out on Krispy Kreme donuts or Papa John’s pizza. I was eating normally and exercising regularly, but suddenly the weight started piling on.
There were other little signs of a mid-life invasion: waking more frequently at night to a screaming bladder, body aches, irregular periods, constipation, fatigue and general crabbiness. I was just one big ball of fun.

Rather than calling it a “change of life” (this sounds like a gentle transition from one happy place to another, which it is NOT), the experts should call menopause the SUCKY PHASE of life that we just have to tough out until we’re too old to notice or care.

Who came up with the name menopause in the first place? Men? They have nothing to do with this—except maybe the part about dealing with their wife’s Jekyl and Hyde hormone changes.  Men-o-pause is not a happy word like barrel-o-beer or bucket-o-shrimp. Men do not “pause” for anything. This difficult phase in life should be called “womenopause”, because every woman deserves a pause to catch their breath while they’re going through these crappy symptoms.
If younger women can get away with erratic behavior due to PMSing, then we older women deserve a break for sudden, verbal outbursts, tears, high electric bills (is it warm in here or is the Earth suddenly closer to the sun?) and a monthly budget blown on diet aids and gym memberships.
What about increased dental bills as an unexpected symptom of menopause? The doctors didn’t warn me about that when they told me I was pre-menopausal. The surfaces of my teeth began eroding in my early forties. Don’t get me wrong—I have nice teeth (thanks to Mom and Dad for all that dental work in the 1970s) and am religious about their upkeep. But sometime in my forties, things in my mouth started going South.
Next thing I knew, I needed crowns, gum work, a few root canals and God forbid, a mouth guard. Now there’s something for my husband to see every night. Nothing like going to bed with a linebacker. I always thought I was the lone wolf sporting a clear appliance across my teeth after the sun went down. But lo and behold, there are plenty of others out there who share my pain.
Middle-aged women going through menopause and the stress of everyday life… suppressing the hormones raging inside us by clamping our jaws tight and causing our teeth to crack. We even grind them in our sleep, which wears down the enamel. Dentist see it frequently, which explains why there are so many female linebackers crawling into bed each night next to befuddled husbands.
Menopause is a helluva ride. Welcome to the mayhem!

Just got fitted for my mouth guard today!

Hahahaha! Enjoy it---I really think it helps with the grinding!

"Womenopause" is a much better name. Very well written and entertaining.

I agree! Thanks for stopping by, Daniel!

Marcia, good read! Every time I have a bit flash it seems worse than the one before!

Even worse when you're drinking wine!

I am waiting to hear about a crime committed by a woman with the defense being she was menopausal. If she stole and air conditioner let's say!

Oh, how well menopause and I know each other. She conspires against me regularly.

Oh yes….she's the annoying friend that hangs around a little too long...

Librarians Plead: Bring Back Our Books!

Overdue library books? That knocking on your door may be the Library Police. A little librarian humor from Roz Warren. ...