The childhood of the sixties and seventies was vastly different than childhood is now. Marcia Kester Doyle waxes nostalgic…mostly. Read more from Marcia on her blog, Menopausal Mother.

We’re known as the “Baby Boomer” generation, but I prefer to think of people my age as the “Live and Learn” generation. We threw caution to the wind when we were young and tested the boundaries every chance we had to prove our invincibility to the world. We slept in cribs that were covered in lead based paint, rode bikes without helmets and consumed enough penny candy from the corner drugstore to fall into a sugar coma. 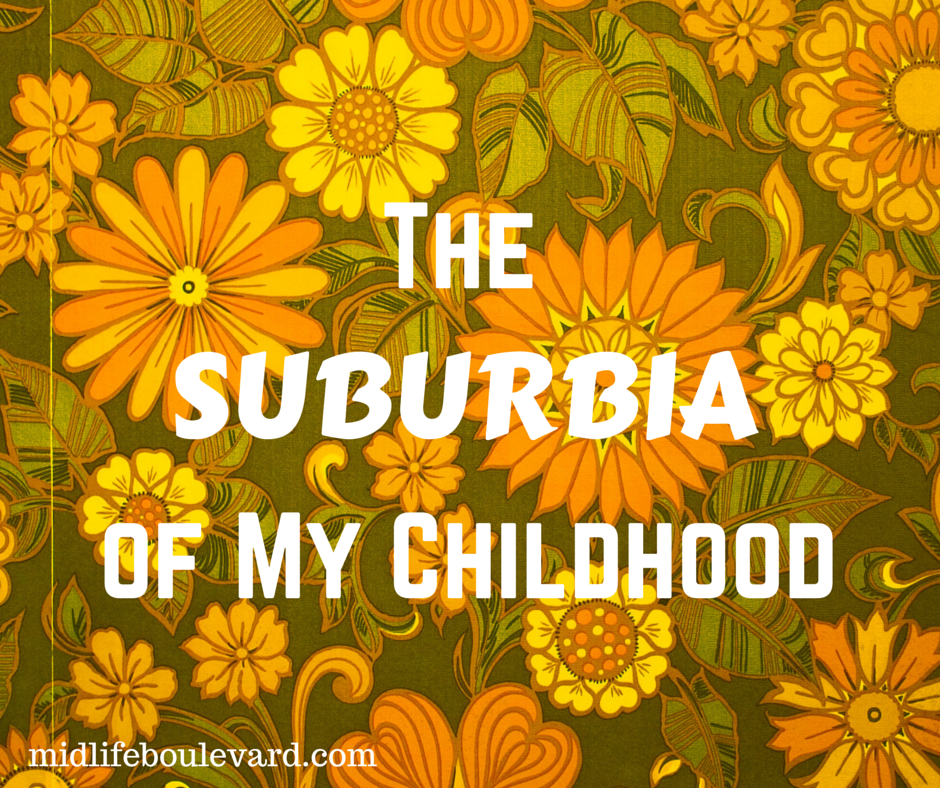 Our Weekends were spent at beaches, lakes, and public pools without the protection of sunscreen lotion. Suntans were the norm and burns were treated with the smelly sap from an aloe plant.

We didn’t worry too much about what we ate—our food didn’t come with nutrition labels listing the number of calories per serving or percentages of fat. We ate butter guilt-free in an age when words such as “triglycerides” and “cholesterol” were as alien to us as the moon.

We rode in the back of station wagons without seat belts, and played games on the floorboards of cars. Our parents smoked as they drove (often with the windows rolled up), because no one knew that cigarettes caused lung cancer.

And yet, we survived.

There are so many memories from my childhood that my kids will never experience, which I’m pretty sure they’re thankful to have missed. To them, a world without internet, cable TV, video games, cell phones and microwaves equates to living in a cave and communicating with rocks and sticks. It’s beyond their comprehension how a family of six could share a single rotary phone, especially one that had a party line. And sadly, they will never know the joy of cramming six sweaty people into a telephone booth on a hot summer day.
What else have our children missed? The thrill of dropping off a roll of film from a Kodak Instamatic and counting down the days before the developed prints are ready from the local camera store. Luckily, there was no such thing as the internet back then, so all those incriminating photos we took from prom night and spring break remained hidden in the back of our closets.

Remember drive-in theaters? There’s still a few around in rural areas, but for the most part, they’ve gone the way of the dinosaurs. There was nothing more fun than to pack the Pontiac GTO with a cooler of food, some blankets and a few friends to watch a movie under the stars with a crackling speaker hooked to the car window.

Sundays were a day of rest rather than a day spent bargain hunting at the local mall. When I was young, the only place in town that was open had a cross above its door, and the majority of our friends were sitting in its pews. Those lazy afternoons were perfect for reconnecting with family over a rousing game of Monopoly. It was also an opportunity to discover how ruthless your siblings could be when it came to buying up prime property on Boardwalk and Park Place.

Our television programs were very different from the ones that kids watch today. The shows that aired were wholesome and entertaining. Granted, many of the TV sets in American homes were limited to three channels and adorned with rabbit ears wrapped in tin foil, but at least the shows reflected strong family values. Back then, there was no such thing as a “couch potato” since remote controls had yet to be invented.

Today’s kids will never know the cushion of safety we felt from the world outside of our small slice of suburbia. Front doors and car doors remained unlocked, and bicycles could be left out on the lawn overnight without worrying that they might be stolen. As children, we had more freedom to explore the neighborhood with our friends and could play at the park until dusk without fear of being abducted.

Handwritten letters have all but disappeared as a form of communication these days. Thanks to technology, the messages our kids send to friends are nothing more than abbreviated texts. There’s something to be said about a six page, handwritten letter from a long distance friend who cared enough to take the time to write it.

Forty years ago, “Google” couldn’t be found in the Webster’s Dictionary, and “Yahoo” was something cowboys yelled during a cattle drive. School projects were researched with thick books from the public library rather than by the click of a mouse. World Book Encyclopedias lined the shelves of many homes, and term papers were pounded out on a Smith Corona typewriter.

There were no Starbucks, ATMs or iPads, but we grew up appreciative of what we had. Today’s younger generation may have all the technological advantages that we could only dream of while watching The Jetsons, but I wouldn’t trade it for the simple pleasures I had while growing up. But it sure is nice to surf the net while sipping on an ice cold frappuccino…..

"Those were the days, my friend; I thought they'd never end..." Still singing and dancing and remembering the "good old days" while sipping on frappaccinos (how do you spell that?) and grateful for Internet (when it works for me).

Amen, sista---right there with you!

I miss those times and it makes me sad that our children will never understand how comforting that life really was. Instead of going out and catiching lightening bugs they watch a video of someone else doing it. Camping out in the back yard with our friends. I told my daughter about doing that and she thought I was crazy! They won't have the great times and memories that we do because they aren't participants.

Yes, the kids think it's weird that we had backyard camp outs. Nowadays kids would be bored silly doing that. They would rather watch movies, play video games and stare at their cell phones.

It's stunning to me, to realize how much has irrevocably changed in such a short period of time. I'm a bit younger than you, but remember the 80s fondly, with many of the same memories you mention.

I loved the 80's---probably my favorite era ever!

Loved this! I don't remember ever being bored as long as I could play outside or read a book.

Me too! I loved playing with all the neighborhood kids--we used to come up with some great, imaginative games, etc. I also loved curling up with a good nancy Drew book!