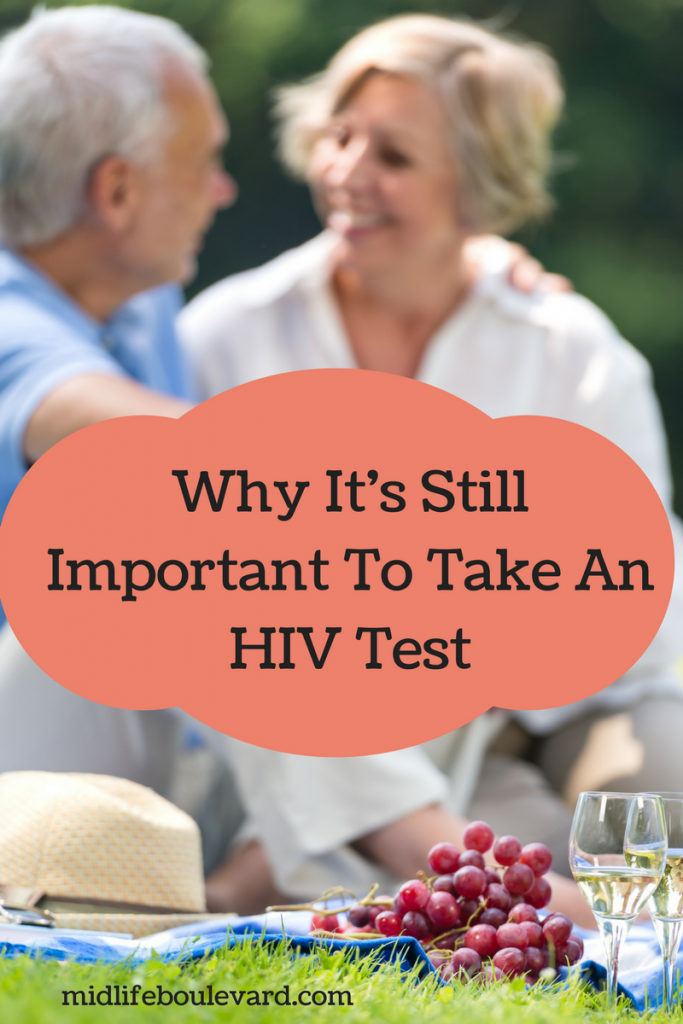 “Are you HAVING sex?”

My gynecologist asked me this question at a routine checkup to monitor my use of hormones to deal with the symptoms of early menopause.

In my head, my answer was, “well I’m married, so why do you need to ask?” But his question indicated that he was making no assumptions. Me saying the medicine was working in the absence of being sexually active would be misleading. His question was a good one. 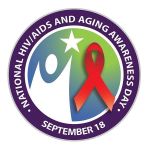 Although assumptions are dangerous any time a medical professional rules out the need for HIV testing based on how a patient looks or acts, they are especially dangerous when the patient is 50 or older. According to http://stdaware.com, National HIV/AIDS and Aging Awareness Day is a day to make sure Americans ages 50 and above have full and complete access to HIV education, testing, and treatment.

Cynthia shared her experience with me of having to insist her mother’s physician test her mom for HIV back in 1986. Her mom had been ill with pneumonia for a long time, and had had every other possible test.

It turns out her mom, who was in her mid-50s at the time, was HIV positive.

Her doctor had not thought Cynthia’s mom was the type of patient who was likely to be at risk for HIV.

There’s no “type of patient” likely to be at risk for HIV.

We need to replace “MAY BE” with “ARE”

When I asked Cynthia, who works frequently with people ages 50 and above to educate them about HIV and encourage them to get tested, I asked about the main message I needed to communicate.

I said, “what I need to do is remind my 50-ish year old peers that their parents may still be sexually active, right?”

She is right. This is not the time to hesitate; it is the time to be specific, concrete, and to the point.

According to the CDC, many older people are sexually active, including those living with HIV, and may have the same HIV risk factors as younger people, including a lack of knowledge about HIV and how to prevent getting it, as well as having multiple sex partners. Older people also face unique issues:

If you are in a demographic that “doesn’t seem to be at risk for contracting HIV” you could have a delay in testing and diagnosis. The elderly is a growing demographic of new cases of HIV. Because of our hang ups about sexuality, it is difficult to think of the elderly engaging in high-risk sexual behaviors.

The advent of Viagra has played a significant role in increasing the spread of STIs [sexually transmitted infections]. Some retirement communities have been hotbeds (no pun intended) of disease. I will admit that I even have trouble broaching the topic with some “little old ladies.” I have also been shocked at some folks activities. So, that’s the problem.

One solution that has been proposed has been a recommendation of universal testing. Every adult, regardless of age or situation should be tested at least once. Also, it has been proposed to remove the requirement of a separate consent form for HIV testing, so providers could routinely test for HIV like we do for so many other things. Just like you might get tested for cholesterol, diabetes, or chlamydia as part of routine care, HIV could be done as well. The stigma that still goes along with the diagnosis makes testing without separate consent unlikely in the near future.

Why Are There Additional Challenges for Those 50 and Older?

Through Cynthia’s story as the daughter of an HIV positive aging woman (and as an HIV positive person herself), and Dr. Strong’s comments about her experience providing care to aging people at risk of HIV infection, several of the specific issues faced by aging Americans repeat themselves. The issues fall into two main categories: age-related risk factors and barriers to prevention.

Click through for details on each of these risks.

In an instance where an employee at a treatment center explained what he told the participants in treatment where he worked when an opportunity arose to be tested for HIV we learned that he shared:

Stigma crops up in so many different ways. For Walter, he did not think his behaviors, as compared to those of the people in recovery from drug addiction, made him likely to be HIV positive.

It turns out he was more like them than he thought; he tested positive.

When it comes to your aging friends and relatives, cast aside stigma, assume they ARE sexually active (and therefore at risk) rather than that they MAY be sexually active, and you may save their life.

Being HIV positive is no longer a death sentence at all, but the longer someone waits to be tested the less options they have to get on treatment and thrive.

Here’s how you can help:

Be clear yet respectful when discussing HIV risk factors with aging adults. If you’re at a loss for words, there are some great conversation starters in How to Talk to Grandma and Grandpa About HIV.

It’s a longer-term action, but support efforts to have HIV Testing integrated into the standard laboratory tests that are conducted as part of annual physician exams such as blood glucose and cholesterol. Learn more in Routine HIV Testing in Older Adults.

Cynthia told me her mom often feels that aging people who are HIV positive do not have their “own” support or attention. None of us can solve that problem overnight. What we can do, however, is give each aging adult who is at risk for HIV their own chance at maintaining their health.

We can help them get their own “one more test,” an HIV test.

This post is made possible by support from the Let’s Stop HIV Together campaign. All opinions are my own.

Many thanks to Cynthia A., Dr. Strong, and Kaitlin Sovich for their assistance with this post.

Good article and an important reminder that applies to all sexually transmitted infections/diseases. The CDC recently released a repot about the large increase in STIs in the US. I think we forget that adults needs some basic sex education as they explore sex after changes in relationships. I get tested before I begin a new relationship and ask my partner to do so as well.

Great reinforcement of the message, Walker. Thanks so much for sharing this comment.

Should You Automate Your Home?

Let Linda Bernstein introduce you to the possibility of home automation. The pros and cons will support you as you...