Sometimes it’s hard to begin to imagine the struggles people face. Carol Graham’s husband is one of those people – and Carol shares their story with Midlife Boulevard. Read more from Carol on her blog, Battered Hope.

I remember the first time I heard those words.  It was unexpected.  “We’re sorry but there is nothing more we can do.”

Doctors are supposed to fix what ails you.  In my twenties, I was told I had two years to live if I didn’t have a hysterectomy.  It is 40 years later and I’m still here.  I had a baby.  So, even though these words about my husband were terrifying, I knew there had to be another way.  I’d find the answer. We could fix him.

In 1995 my husband was waiting in an intersection to make a left-hand turn.  The guy in the big truck making a left-hand turn from the opposite direction…. didn’t see him and hit him head-on.  He blamed the sun.

Although Paul was in a lot of head pain, we assumed it would pass…soon.  It didn’t.  Weeks turned into months and no amount of medical tests could determine what had happened.  Finally, an MRI showed that the seatbelt Paul was wearing had cut into his neck sending a blood clot to his brain and solidified in an area that was inoperable, the Basal Ganglia.  He suffered a stroke and started showing signs of Parkinson’s disease.  Things were escalating downward.

He was hospitalized in an effort to regulate his medication but to no avail.  The department head from the Psychology Department called me specifically to say that there was nothing they could do.  The damage to his brain caused nerve damage throughout his body.  He also applauded me for ‘staying’ with Paul.  Apparently, most of these scenarios end in divorce.  He had counseled Paul that he should expect this and not to hold it against me if I chose to leave.

This was not even in my realm of possibility as I took an oath that said “in sickness and in health.” What if I had been in accident?  Life does not come with any warranties.

As those months turned into years, we had gained little ground.  He vacillated between being a vegetable who could not feed himself to a raving maniac.  To say it was scary would be an understatement.  At one point his adrenalin was running rampant and he lost 50 pounds in three weeks. He could NOT sit down.  He had to keep moving.

In an effort to maintain some form of normalcy in our home, especially for the children’s sake, I would entertain guests.  I remember a dinner party where he ate his entire meal power walking around the table stopping at his spot to take a bite of his dinner.  We made light of it and joked a lot to make our guests comfortable and it worked, momentarily. But what goes on behind closed doors is not so comfortable.

One of his diagnoses is Chronic Pain Syndrome (CPS).  CPS is a condition when the brain tells the body that it is in pain but in reality it is not.  Consequently, pain medications do not work.  Narcotics do not work.  “Sorry,” the doctors would say after each visit “but there is nothing we can do.  This is as good as it is going to get.”

Move over Doc, it’s my turn!

We gave the doctors seven years and then I said “Enough!”  I had been a health coach/nutritionist for many years and I knew if he was going to get help, natural medicine was his only hope.  Replacing all his drugs with food supplements was no easy transition.  There were some terrible withdrawal symptoms, lots of tears and discouragement but slowly, we started to see improvement.

Before the accident we were in the gemstone business, selling diamonds and gems to retailers and goldsmiths. Through his years of rehabilitation we continued to supply clients and design jewelry in an effort of maintaining our place in the industry.  Almost 20 years had passed and Paul was functioning at about 90% or better.  We had our lives back.

My business as health coach was growing and I needed a larger office.  My girlfriend was an esthetician and we worked together in the same office.  We decided to find a store front that gave us more room and better exposure.  Our new business plan was born and hubby suggested we add a few jewelry showcases as our space was conducive to having retail as well.  I labeled it ‘the girls’ store’ and quite rapidly it changed from a few showcases into a full-fledged jewelry store with Paul working six days a week.  We had our own goldsmith who does phenomenal custom pieces and our one store quickly turned into three stores in three different cities. 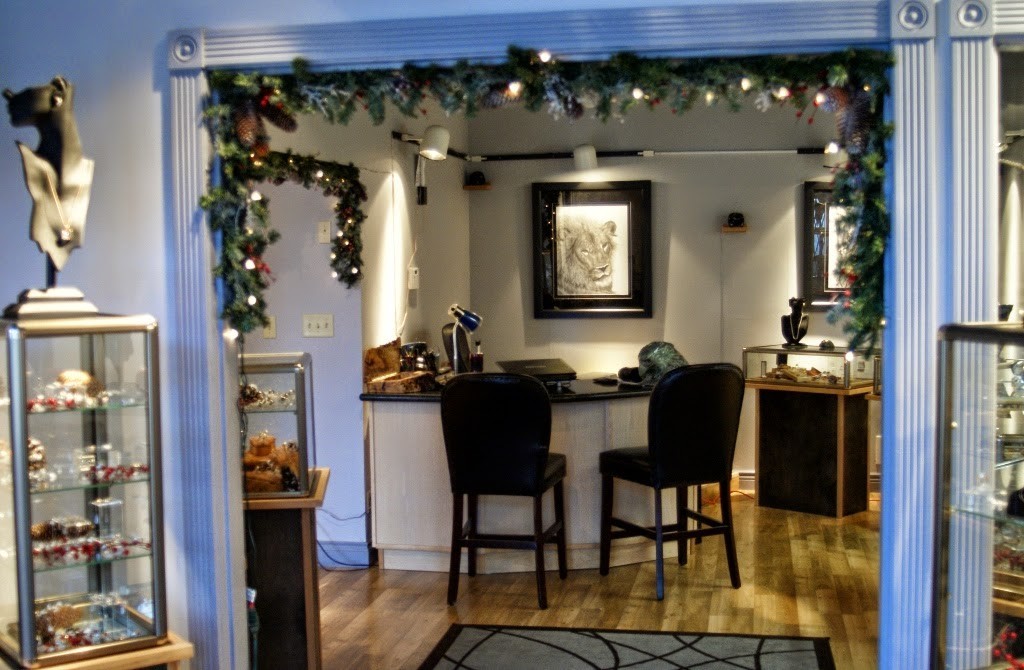 All the years of suffering and struggle were behind us and what we gleaned from those years were a lot of life lessons and strength.  Everything was going our way.

On June 12, 2012, just three days after my closest friend was killed in a boating accident, I received a phone call from Paul saying he had been in an accident.  I thought my heart would implode.

He was parked and ready to move his vehicle when the car in front of him lunged backwards.  Then the most bizarre thing happened.  The old man in the car must have had some kind of seizure as he allowed his car to roll forward and then stepped on the gas and rammed Paul again.  This time, he did not take his foot off the accelerator and Paul was standing on the brakes trying to keep our car from hitting anyone behind him.  The man then collapsed over the steering wheel and people came running to see if everyone was okay.

What we never anticipated is that this incident would pole vault Paul backwards.  The jolt to his brain recreated all the old symptoms — only his body was 20 years older and bouncing back has not happened….YET!

I make plans but they rarely go as hoped.  Whether it is trying to run my business or work on-line, it is usually interrupted because my hubby cannot manage the store.  As busy as I am, my days are put on hold when I need to be physically present in his stead.  The pain he endures is not normal migraines. On a pain scale of one to ten – his number is off the charts.  I do not know how he can open his eyes or function on any level.

Does he ever complain?  NEVER.  Sometimes when he gets hit with the pain when he is in the city on business, he will call to let me know he does not know if he will be able to drive home.  We stay in close contact by phone and I worry and fret until he walks in the door, unscathed.

Even his good days are not that great but no one is the wiser.  He maintains a great attitude with a heart of compassion and empathy.  In our store, we buy gold — all forms of gold.  Broken, new, old, whatever.  When times are tough, people often sell their gold to makes ends meet. This especially occurs when a woman needs to sell her wedding rings or family heirlooms.  They pour out their life story and hubby listens and always compensates them above market value.  He gets lots of hugs.  No one guesses what he is going through.

Formula:  Hugs and Laughter Get You Through

My heart always goes out to the spouses and families of those who suffer.  It is extremely difficult to watch someone you love suffer so much and know there is nothing you can do to make it better. That doesn’t mean I don’t have my share of pity parties.  Fortunately, I don’t stay there long. But, days like today when I have a million things to do and have to cancel appointments because as much as I would like to, I can’t be in two places at once.

Then reality slaps me in the face and I know there are better days ahead.  It will get better.  Things will improve. We will get our lives ‘back’ again.  I don’t have to look very far to see scores of others who live in much worse situations.

In the meantime, my goal every day is to keep Paul laughing.  Finding ways to cheer him up and help him to focus on something other than pain keeps me laughing as well.  It is the best medicine.  When I hear his laughter, I glow.

We have been down this road before.  If we did it then, we can do it now.

Have you or anyone you know been in a similar situation? How have you coped? Or not?  What advice would you have to offer?

Dear Carol, I absolutely feel your pain - and the need of laughter - which can save us all. A year ago my mom was rushed to hospital because she blacked out on the street. They did an MRI and it turned out she had two, not one, but two, brain tumours. One the size of a golf ball the other sitting on her eye nerve. She was operated soon after (11h surgery) and was in coma for three weeks. While the doctors were not giving her much chance to be able to see, or ever be ok, I was praying by her bedside, and programming myself that she would survive, be able to see, smell and be a healthy, full of energy, happy person after that. Well, as for now, she will have to take anti epilepsy medication (which kind of knocks you down) for the rest of her life, but the rest is alright. We're trying to cope with it day by day, mostly with laughter. And every day she gets better - against all odds. I think with love, prayer, believe and laughter you can really do miracles:)

What an encouraging story -- I will be sure to pass it on. You are so right about attitude and laughter. Thank you for your comments.

Really incredible and inspiring story. Thank you for sharing.

Thank you for commenting and your kind words Nina

This is such an example of how life just isn't fair. To suffer not one, but two accidents is unthinkable. Your strength is an example for us all.

We never know what life will hand us -- it is our attitude that get us through. I try to maintain the right one but I have my moments just like anyone else. Thank you for your kind words

I love Carol dearly and her "Never give up attitude" is one of the reasons for that love. She is one of the most energetic and caring people I have ever met. Her husband is in awesome hands!

Rena, you always make me feel wonderful and your words are far too gracious but I thank you from the bottom of my heart for them.

You and your husband are living proof that we should never underestimate the resiliency of the human spirit. Thank you for sharing.

And thank you for commenting Roxanne. We never know what life will hand us but it doesn't mean we can walk away.