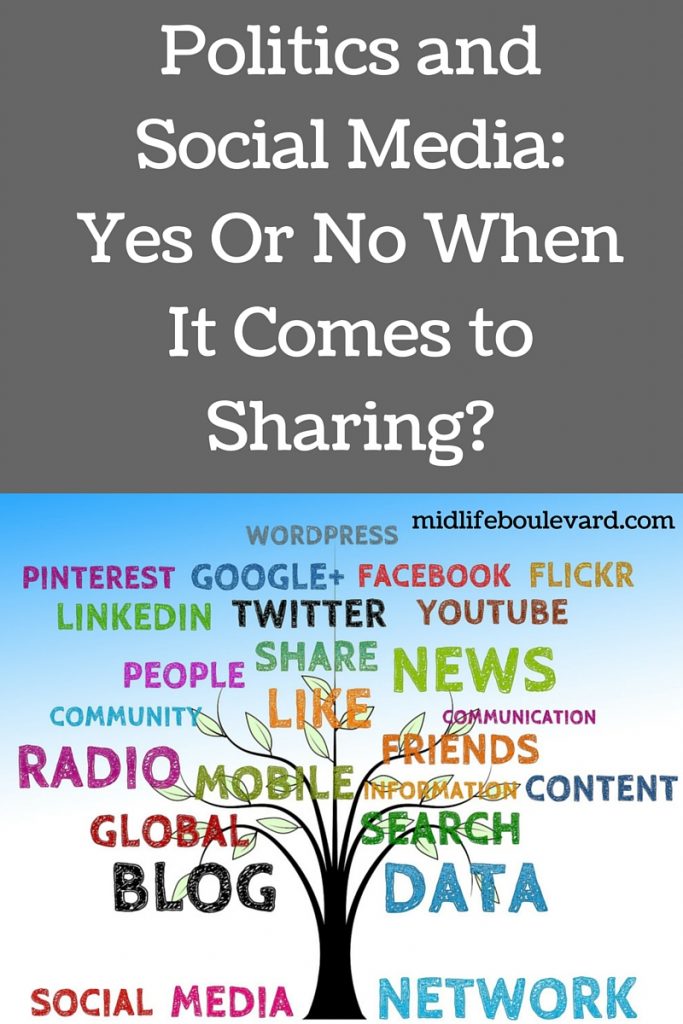 A few weeks ago a friend of mine retweeted a post from a fairly well-known social marketer. The information in the tweet (a link to a report) was useful to marketers and other users of social media. And, yet, when I saw my friend’s retweet, I cringed. My friend is brown-skinned, gay, and a recently naturalized US citizen. The person whom he had retweeted had in the past ranted about “dangerous” immigrants on social media. She had also loudly voiced her support for George Zimmerman and denounced Trayvon Martin as a thug who deserved what he got in many tweets and Facebook posts back in 2012. A year ago this person provided an unequivocal voice against gay marriage. In the past few months, however, this marketer has cleaned up her social feeds and focused mostly on her “brand,” so my friend who retweeted her I am sure had no knowledge of her xenophobia, homophobia and racism.

As we all know, for every person who stops posting vitriol, another account appears and spews hate. As the election season goes into its final laps in the coming months, the political nastiness on public social media channels — particularly Twitter, Facebook, and even Instagram — is increasing, something that doesn’t even seem possible considering how nasty it’s been for a year already. Supporters of one candidate spend 140 characters vilifying another candidate. Then they argue with one another in comments. In December, a website sprang up that allowed people to see which of their Facebook friends had liked Donald Trump’s Facebook page. Being a journalist, I had many friends who had liked Trump’s page, along with those belonging over a dozen other potential Republican candidates, various prominent Democrats and many political figures. So I just shrugged it off. Others didn’t. People began listing Trump followers whom they were going to “unfriend” or called out people following Trump by posting on their pages.

“A lunatic is running for the highest office in the land. I’d be crazy if I didn’t keep an eye on him,” a well-known news person finally retorted to a belittling comment.

Name a hot-button issue, and people get unpleasant. Everything is political, it seems. The Washington Post reports that Bronwen Dickey, the author of a book in which she tried to explore the truth about pit bulls and violence, received insults and threats on social media from the anti-pit bull crowd. “Take a tour of the many pit bull-related Facebook groups, and it’s quickly clear that what Dickey has faced is just a reflection of a battle where there’s no middle ground, only vitriolic extremes,” writes Karen Brulliard.

Many of the top users of social media avoid political topics when they post. The Emily Post Institute, which, naturally, is a go-to place for advice about all things etiquette, recommends not sharing your political views because “39 percent of U.S. adults say they choose not to associate with people whose opinions they disagree with online.”

If you have a business or brand and you are using social media to bring attention to what you do or what you sell, then that statistic may resonate. You do not want to turn off potential customers. The social marketer I mentioned above went from being a staunch right wing tweeter to posting mostly about marketing because, I assume, she realized that not all of her potential clients wanted to hear about “perverted homosexuals, the spawn of Satan.” (This is actually a quote. I was able to turn it up in Twitter search, though I certainly won’t provide a link.)

We should also remember that we create our own little bubbles or filters, not just on social media but in life, too. How many of your real friends hold opposite views from yours? Probably not many. Facebook itself figured out ages ago that people want to see posts they will like — both for real and with a thumbs up — more than those they don’t. (Hence that mysterious algorithm that dictates what we do or don’t see.)

Arguments for Being as Political as You Want on Social Media

Many, many users of social media like being provocative. In fact, being outrageous used to be one way to accrue followers and fans. Then there are those who stick with being their authentic selves, despite potential costs. Take my friend Grace Bennett, publisher and editor of The Inside Press, Inc.

One of her magazines — Inside Chappaqua —happens to serve the town whose two most famous residents (at this point) are Hillary and Bill Clinton. Grace has been an ardent supporter of Hillary Clinton for many years and has written positively about her and the former president on the Inside Chappaqua Facebook page. Grace’s choice could be risky. Both Clintons have many detractors, and Grace’s enterprise works because she sells advertising for her magazines. But up front from the beginning about her political views, Grace will occasionally field nasty comments on her Facebook pages. She has learned to take it with a shrug and move on. I’ll tell you, though, that as smiling and good natured as Grace remains in public, some of what she has had to contend with has hurt and upset her. In the end, though, Grace is successful because she’s true to herself.

Whether or not you decide to discuss politics on your social media depends on you. If you are the face of a brand or company, you need to factor in your clientele. If you are okay with the likelihood of dealing with many public arguments? Go for it. If you care about certain issues and you know your followers do as well — like LGBTQ rights — discuss those and steer clear of other hot buttons.

There’s one thing to remember, though. You have every right to delete anything from your Facebook feed or blog comments. Don’t let anyone tell you that you’re abrogating his or her right to free speech by zapping something you don’t like. You’re not. You are within your First Amendment rights to tailor and edit your social to be what you want it to be.

Your social media accounts, after all belong to you.

*Just a quick addendum. This does not mean you have the right to threaten or promote hate on your social media. There is a fine line about what constitutes hate speech. You don’t want to cross it.

A Question For You

If you were me, would you have told your friend that the person he was retweeting was a racist homophobe, or would have just let it ride? Let me know in the comments.

Politics is the only topic that might cause you to loose friends or in that case followers. Politics divide people, so I have a strict rule while on FB or twitter - never talk politics. I just keep my opinion deep within myself and let it free when voting.

Gaye can be found at Calm Healthy Sexy sharing her life as a wife, mom, sister and friend. Her recipes...