As little girls, we dressed up in white dresses and held make-believe weddings. We dreamed of a future on Prince Charming’s arm every Valentine’s Day, and assumed happily-ever-afters included marriage. 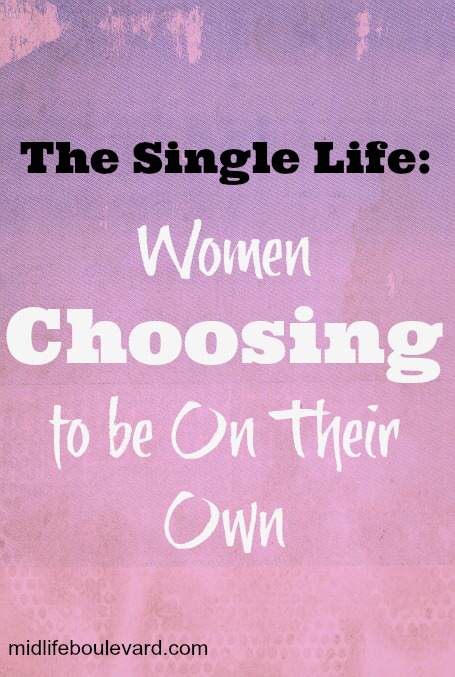 Forget that! All grown up now, increasingly more women are trading their childhood dreams for a new, marriage-free future. Whatever you want to call the cause–independence, a love for cats, or just thinking outside the engagement ring box — the U.S. marriage rate is its lowest in more than a century — and down 60 percent just from 1970, according to a 2013 study by Bowling Green State University’s National Center for Marriage and Family Research. Meanwhile, women are marrying later than ever before, at the ripe old age of 27. OK, that’s really not that ripe — or old — but our grandmothers would sure say otherwise!

So who isn’t getting hitched this Valentine’s Day? Is it women in their later years who are going through perimenopause or menopause? In actuality, it’s just the average woman who either hasn’t found love — or who has, but just isn’t interested in all of the trappings of marriage. Maybe that includes you.

This fall, Glamour ran an article about the “Nearlywed” trend: The movement of increasingly more people living in committed, but not married, relationships. Harking back to 1983, when Kurt Russell and Goldie Hawn coupled up (they happily still haven’t tied the knot, by the way!) the piece discusses the soaring number of women who are living in marriage-like relationships (the joint credit cards, the shared mortgage, the in-laws, the kids), but without any official paperwork backing it up. In fact, from 1995 to 2010 the percentage of women who have never married rose from 33 percent to 38 percent, according to the National Center for Health Statistics.

Why doesn’t marriage hold any appeal to these women? 28-year-old Carrie, for one, thinks marriage (or specifically, the wedding ceremony) has lost much of its real meaning. “Getting married has become too much about everyone else when it’s just supposed to be about the two of you,” Carrie says. “Otherwise, why spend $100,000 on a single day? Why invite everyone you’ve ever met? And why plaster it online to be justified by ‘likes’ and ‘favorites’?”

“A trip to the altar is not so appealing for those who have been there before,” reports a recent study from the Pew Research Center. Its findings show that only 29 percent of divorced adults say they want to remarry, and women are more likely than men to say they don’t want another marriage in their future.

For many women, the stresses simply outweigh the hypothetical benefits. “I love male companionship, but I feel it would be too complicated to marry, given financial issues, combining families, and so forth,” says 70-year-old post-menopausal Nancy, who has been divorced for the past 20 years. “I am very independent. I like my freedom.”

More women are expected to join Nancy in post-marriage living. Today, 15 percent of women are either separated or divorced, and fewer of them are likely to remarry, according to Dr. Susan Brown, Ph.D., co-director of the National Center for Family and Marriage Research at Bowling Green State University.

‘Till Death Do We Part

At that age, many women are either battling the hormonal throes of perimenopause or are already in full-fledged menopause. Menopause symptoms, including mood swings, painful intercourse and fatigue can all sap a woman’s desire to date again. Learn how to reclaim your sexual empowerment during menopause.

Also, apart from the same considerations divorcées have to make in terms of blending families and lives, widows have lost their husbands due to death, not loss of love.

“My husband was ill for five years. I was a wife and a nurse,” says Susan, a widow who is 54 years old. “I am not at all interested in getting married again. Why would I? I have grown children, and I am a grandmother. However, I do want love and intimacy again in my life.”

In the end, your relationships have to be yours. So while I certainly don’t wish women not to get married if that’s what they want — after all, I love being married to my husband, David — I’m just ecstatic that so many women (married and single alike) are defining love and life on their own terms, especially if they are going through perimenopause or menopause!

What about you? When do you think the perks of single life outweigh the benefits of marriage? 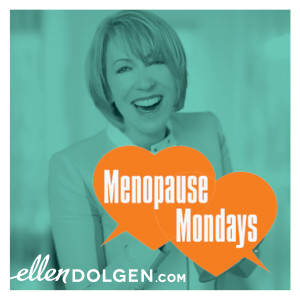 Google symptoms of menopause and you'll probably find my face underneath the list of traits that define a woman on...