Sex writers and educators spend a lot of time thinking about sex, reading and practicing their craft. My journey to becoming a sex writer began with “write what you know”. What I knew was how it felt to be in my 50s, trying to find the sexual me who had gotten lost along the way. 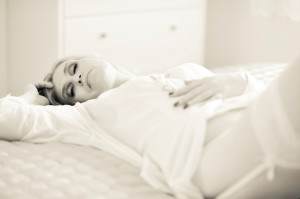 Last week Kinkly’s 2014 Top 100 Sex Blogging Superheroes  were announced–I am ranked #5!  A “sex guru for the over-50 set – and an inspiration to the younger sex positive crowd”. I’m pretty pumped and humbled. I want to say that it was all my doing but you helped as well. You gave me material to write about, you gave me support, and when I reached out to ask for your votes you did so. Thank you.

It’s absurd to think that older adults aren’t interested in sex. The needs of women in the menopausal phase of life differ from those of a 25-year-old. There are some age-neutral issues around sexuality, but older women have very specific needs and want to hear from someone who understands their issues. Right?  Blanket statements about who we are as midlife and older women just serve to reduce us. We are unique; we defy categorization. Suffice it to say that not everyone has the same sex drive and that’s absolutely fine. Regardless we should consider our sexual health. In my first article for Midlife Boulevard I shared my definition of sexual health.  And, I will continue to talk about the importance of paying attention to our bodies as we age.

I want to share how I reclaimed my sexuality—it explains why I feel that sex writing and education is so important.

I had marginal sex for a number of years as my marriage deteriorated. In that last pre-divorce year I declared myself “done with sex”. My self-esteem and my sexual self had suffered from those years of Charity Sex. Call it a coping mechanism, or call it keeping the husband happy. I failed to place my own needs ahead of those of my spouse. My unhappiness with the marriage came before the sexual dissatisfaction but they became entwined and even though I made a choice, it wasn’t a smart one. A choice that shut me down bodily and emotionally.

By the time I was separated and ready for an intimate connection I was no longer in tune with my body. I was going through the motions,  even a little self-pleasuring. But I wasn’t feeling desire. I wasn’t turned on in sexual encounters because I had faked it for so long.  I couldn’t reconnect to feelings of sexual pleasure. It was difficult to stay focused on my body when having sex; there was little arousal and even less orgasming. I was doing all the right things—for them—but not for me. It was the difference between having sex and being an active participant in sex.

Good sex requires that we be aware of our needs, our bodies and our sexual preferences. If we don’t know what we need and don’t know how to communicate that how will we get our needs met? Why have sex if there’s no pleasure? Isn’t that akin to disregarding our own personal integrity? That’s what happened to me, upon reflection.

One component of sexual health involves taking ownership of one’s body and sexuality. As I began dating I also began writing about my experiences. Once I began writing about dating and sex I saw a great need for these kinds of articles and conversations.  Midlife individuals were reaching out to me, sharing their stories and asking questions. And a sex writer was born. It started with my own work to regain sexual awareness and desire. Then, about four years ago I began exploring my own capacity for sexual pleasure. I became more in touch with my body which led me to become more engaged with partners. I was finally able to embrace my body and proclaim my sexual needs.

My goal as a sex writer and educator is to help you find the information and resources to maintain and enhance your sexual needs. To help you sharpen your sexual skills in order to develop greater pleasure and intimate connections with partners. Just as in couples sex there is giving and the receiving, as a writer I feel a similar pleasure in knowing you have received something from my words and experiences. Thank you.

Walker, Thank you for your article. I really thought a great sex life for me was in the past. I just stumbled on this websitecand read your story. I am inspired! Michelle

Thank you Michelle-I'm glad you're able to see that sex is far from over! I think we can keep on having sex as long as it matters to us!

Walker, I started my own re-awakening almost 2 years ago. It's been "Mr. Toad's a Wild Ride". Thanks to a few beautiful, loving intimacy coaches and people like you, I have found myself and sensuality for the first time in my life. At 51, I am finally finding joy in myself, in sex, in sharing the energy with others. Never in a million years would I have imagined what I have found. Thank you.

Becky, That's so wonderful! And, isn't it fabulous? Thank you for giving me a bit of the credit--I'm sure that most of the work came from you finding your own core pleasure!

Thanks, Erica. And, that's the reason I did share this because I think there are lots of us out there who have gone through, or are currently struggling, with similar issues in their marriage.

Oh, how I relate to this! Being in a "marginal sex" marriage is a soul-killer. I, like you, didn't know how to ask for what I wanted and felt guilty for the things I did want. I think there are so many midlife women in this position and it's inspiring to hear from those who had a sexual awakening at a time when we're supposedly to old to want sex. Congratulations on your Kinkly award, Walker -- you've earned it.

Hello Erica- I am 53 years old and have just discovered your blogs and articles. I was blown away. I too am experiencing the most unbelievable sex of my life with a man who feels he is living a fantasy. If you ever publish a book, we would love to contribute our story- anonomously lol Michelle