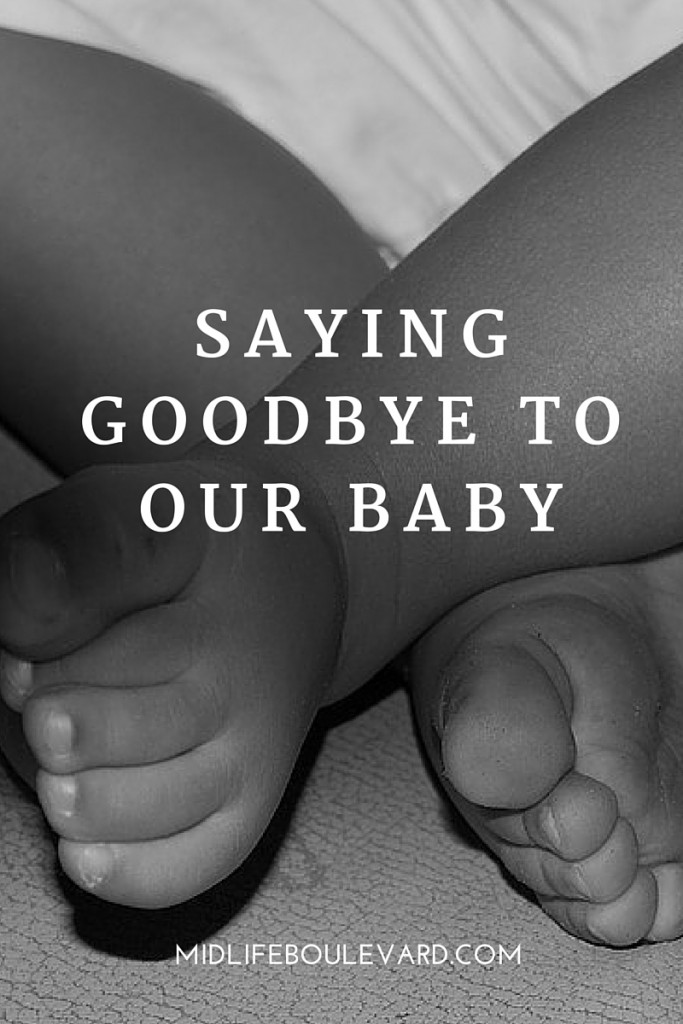 Carol blogs regularly at batteredhope.blogspot.ca. This post was originally featured there.

I felt exhausted, standing there. I found myself staring at nothing in particular and yet, at everything around me. Things blurred. It all seemed fuzzy – just like my thoughts. But shock can do that to a person.

Moments earlier I held my infant son in my arms. I cradled him, cuddled him. But now … now my arms were empty.

The ache in my heart was like none I had experienced before. It exaggerated the pain in my empty arms. No one could take that pain away. Except my son. If he were back where he belonged. I buried my tear-stained face in his blankie. Sobbing seemed to bring a bit of release. I needed to shift my thoughts.

Watching the airplane on the runway it took every ounce of stamina to hold myself together and to stop me from springing through the security doors to chase after it.

I deliberated between watching the aircraft until it was a speck in the sky or an escape to my car to ache in private. Choosing the latter, I wondered if the fountain of tears would ever stop. When would the pain of this loss be tolerable?

Does anyone ever recover after losing a baby? It does not matter how you lose a child, the impact and grief – they’re overwhelming. I could not deny it. He was gone – forever.

A year had passed since we adopted Seth and when the phone rang that day I had no reason to suspect anything unusual. My husband answered and as I watched the expression on his face changed rapidly. I did not like what I was observing. He called me over to share the receiver.

“I am getting pressure from my parents to raise my son so I am going to have to get him back. I am prepared to hire an attorney and you know you will not win.” The words had been rehearsed and seemed too easy for her to say. A couple of sentences, that’s all it was — a couple of sentences that tore our hearts out.

“I’m afraid you don’t really have a choice,” our lawyer informed us. The law was clear. If we chose to fight, there would only be more agony and great expense. “I will set it up for you to return the child as soon as possible.”

Return him as soon as possible.

I screamed on the inside. I cried on the outside. No, this just can’t be happening. We loved Seth. He was ours. The bottom of my world dropped out from under me. I loved him and cared for him. He was part of our family for a whole year. I could not imagine life without him. I was his mommy. How could she do this to us? How could she possibly love him like we did? What about Seth? He would be torn from his parents, his home. Surely he would feel the rejection. What path would his life take now?

Nothing prepared me for the pain of relinquishing my son to someone who had not wanted him. But we had no choice. “Return the child. Give him … back.”

I watched from a distance as my husband handed him to her. It appeared to happen in slow motion. I watched his hands leave the child as he lifted our son into her arms. He was handing our son to a stranger. I wanted to run and grab him but I was glued to the floor. I felt petrified. I thought I was either going to faint or throw up. My hand fluttered to my mouth for a moment fearing I might scream out. How could I go on? Where would I get the strength? This could not be happening. Please, God — let this only be a dream. Tomorrow I will wake up and everything will be normal again.

When someone says it feels like their heart was in their throat, that is an accurate description. My heart became so heavy it felt like there wasn’t room in my chest cavity to hold it. The heaviness moved to my throat and even my extremities, weakening my entire body. I was fearful that my heart would implode, exploding on the inside from pressure, and yet wondered if that would bring some relief to the overwhelming state of heartbreak. My loss consumed my thoughts. Even when I was not thinking about it specifically, something would trigger a memory and the initial impact was felt once again.

In the months that followed, every time I saw a new baby or watched a child playing, I would cry. I could not go down the aisle in the grocery store that sold baby food without breaking down. Every time the telephone rang, I was hoping it was her. That woman. I hoped it was her calling to say that she had changed her mind.

Days turned into weeks, then months…….. then years. That was over forty years ago. I’ll never forget our little boy.

Carol Graham is the author of a fast-paced award-winning memoir, Battered Hope, the blog Never Ever Give Up Hope, and a regular contributor to numerous blog sites. She has a monthly column in Book Fun Magazine and has been published in several anthologies including a best-seller. In 2015, Carol received the Woman of Impact Award from Focus on Women Magazine and Author of the Year for her memoir, Battered Hope. Carol hosts a bi-weekly talk show Never Ever Give Up Hope in which she interviews people with remarkable stories of how they conquered overwhelming obstacles and achieved success. Never Ever Give Up Hope has an international audience in over 70 countries. In addition to motivational speaking, hosting a talk show and writing, Carol is a business owner, a wife, mother, grandmother and together with her husband have rescued over 30 dogs.

Thak you , Lynne for your kindness

Oh my gosh, I can't even imagine the pain. So beautifully written. hugs and thank you for sharing this.

I can't imagine the heartbreak. I have never felt the loss you have, but I have struggled with infertility, and I know how hard it is to even have the HOPE of a child ripped away from you. I'm so very sorry you had to endure that.

Sam, I was told we would NEVER have children and went through cancer and many losses before giving birth. As a result I became a Certified Health Coach and have helped hundreds of women get pregnant successfully. I believe you would be encouraged by my memoir. Thank you for your comments Sam.

How heartbreaking for you to lose the son you loved so much and just have him taken away like that. So unfair. I feel the loss that you've gone through and how you still feel the sad emptiness forty years later.

It wasn't the only child we lost which is what makes it harder, I believe. Thank you for sharing your kind words Cathy

Dear Carol, I am so sorry for the loss of your son, oh the ache of empty arms. Thank you for sharing him and your story. There are no words, My heart hurts for your aching heart.

It does take a long time to heal but we finally adopted another child and then had one home made!

5 Ways You Can Feel Younger Today

“Ever get the feeling your stuff strutted off without you?” If this line is familiar, it might be recognized from...