As a scuba-dive enthusiast, Tam Warner Minton has a special connection with the seas; now she wants to let you know how you can do your part to save the oceans! Ocean preservation can be easily incorporated into our everyday lives with a few simple choices. You can read more from on her blog, Travels with Tam. 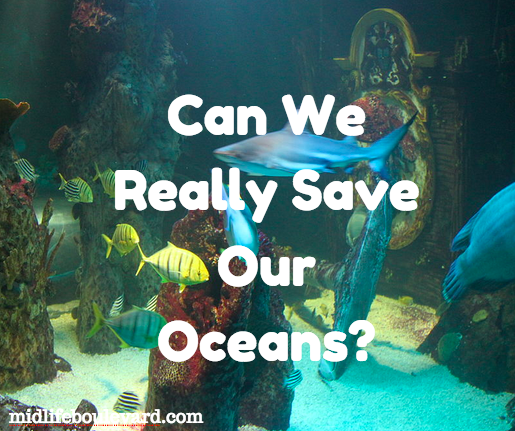 Can we do anything to save our oceans?

The answer is: Yes, we can. Each and every one of us can make a difference. How? By making small, but important, choices. Here are five easy examples of how you can start to make a difference:

Do you know the extent that humans depend upon the ocean to live? The Nature Conservancy points out that the ocean absorbs 1/3 of human-produced carbon dioxide, and supplies us with oxygen. Kelp, a plant from the ocean, is used to make salad dressing, dairy products, shampoos and medicines. Compounds from the coral reefs, plants and animals, help treat numerous diseases. Oceans produce 70% more goods and services into our economies and GDPs than land products. We all need the ocean healthy in order to survive. We all have a responsibility.

Rob Stewart, producer of the films Sharkwater and Revolution, said this recently on his Facebook page:  “By 2050, we will live in a world with no reefs, no rainforests, no fish, and 9 billion hungry people.” You might not be here, but if you have children, they will. It is horrifying to think about how catastrophic living in that world would be. There are only a finite amount of resources, and we cannot keep allowing our population to grow without serious consequences to the quality of human life.

Start small, but start soon! If we all make small, good decisions, we can make a big difference. We must all begin now, because life depends on it.

Invasion of the Coeds

Kim Dalfares is hilarious, but we wouldn't want to mess with her gym routine! Enjoy this exercise humor, then read...