If you have survived 3 tours of duty in a war zone and come home to loving family and friends the possibility of living a long life seems almost guaranteed to be a sure thing. But the only one sure thing in life is that nothing is ever ‘sure’. What we call life has lots of unexpected twists and turns. 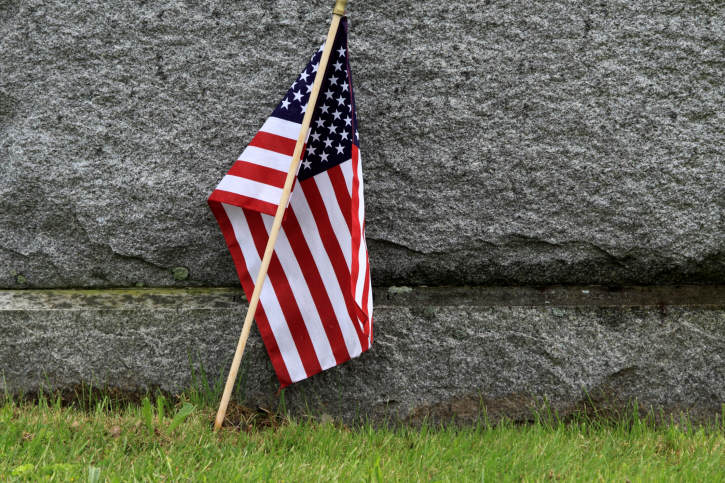 On Tuesday May 25, 2010, at Camp Pendleton, California, a Marine named Robert ‘BJ’ Hudnall died during  routine morning exercises. He collapsed and, surrounded by his brother and sister Marines who used all their formidable resuscitation skills, never regained consciousness. Just twelve days after he turned 34, this veteran of the Iraq war left behind his beautiful wife Diana, twin sister Brenda, and family and friends who are all having a hard time understanding how or why this happened. Getting your head around something this unbelievable is difficult. You want to ask God, “What were you thinking?! Did you blink and not see what was happening?”

BJ Hudnall is someone who made a tremendous impression on a young teacher. He was in my World Language and Culture class and there wasn’t that great a gap in our ages. He was one of an inseparable trio who took my class; BJ, Ty, and John all together in overheated room 230. There was life in that room, sometimes crazy but always fun, and BJ was the indisputable leader.

A class trip to Italy began the close friendship between BJ, my husband and me. You had to love him; if he chose you for a friend he wouldn’t accept anything else. He became part of our family and we became part of his.

After he became a Marine there would be long phone calls from him at Camp Pendleton telling me how he had met the perfect girl and was getting engaged soon. It didn’t even matter that when he called at 10:00 pm Pacific coast time it was 1:00 in the morning on my end. That was BJ and it was great to hear him talk.

Attending his wedding to Diana in California was a family affair with all his friends present. Diana became family for us too.

BJ brought happiness wherever he went. That may sound like a cliché but in his case it was true. He had 2 incredible gifts; he could make you laugh in any situation and he took friendship very seriously. It is the loss of friendship that hurts the most. All who knew him feel it keenly.

He went into the Marines at the age of 18 and was one of the best the Corps could ever hope to have. Another cliché?  Not at all. He was a solid Marine. BJ’s life revolved around three things: his wife Diana Schulte Hudnall, his family and friends, and being the best Marine he could. A good life and one worth living. He lived it well with laughter and much love. Isn’t that what we all want?

His friendships were alive and active. He made sure you stayed friends; he wouldn’t let you go and that was a good thing. Daily life sometimes makes keeping in touch difficult but BJ made keeping in touch a top priority.  And yes, the world is not as wonderful a place without him being in it. Some of the laughter has gone away.

Too many times we want to eulogize someone who has passed on and give him saint-like qualities. BJ wasn’t a saint, saints are boring. This Marine was an angel with a devilish grin who saw the humor in life and the humanity in everyone he met. He’s probably grinning down at me right now with that impish look in his eyes. I say down because where else do good Marines go? Heaven’s the only place.

His family, friends, and I can eulogize BJ and I know we will. But perhaps the words spoken by the character of Horatio, in William Shakespeare’s play Hamlet speaks words more clearly than any we can say.

Good night BJ. I love you.

Read more from Kristen Houghton on her blog

They date from June 1942 to June 1945—three years of a life interrupted by the Second World War. They’ve held...