This post is sponsored by REELZ; however, all thoughts and opinions expressed are my own.

When Robin Williams died on August 11, 2014, it was a terrible, terrible day. There haven’t been many performers in the past 40 years as universally beloved as he was. The world seemed to slow down as we all shared a collective gasp of surprise and sadness. How could someone who had made us laugh, and laugh, and laugh some more, be gone? 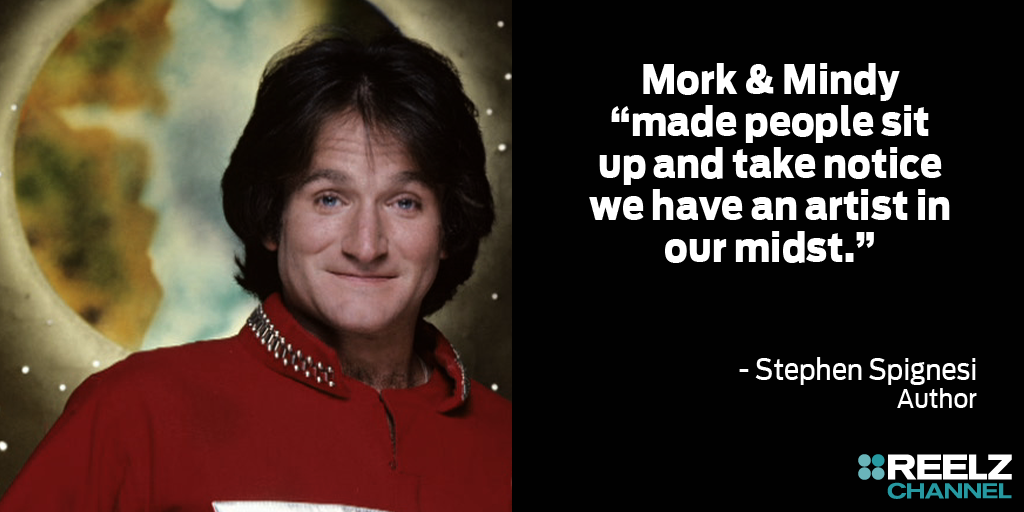 “No matter what anybody tells you, words and ideas can change the world.” – John Keating, Dead Poets Society

Each decade brought iconic Robin Williams performances. Starting with the outrageous and hilarious Mork from Ork on Mork and Mindy in the 1970’s, Williams evolved into a masterful dramatic actor in the 80’s in films like Dead Poet’s Society (Oh captain my captain!) and his Oscar winning performance as the radio DJ Adrian Cronauer in Good Morning Vietnam. Among his many films in the 1990’s were two huge hits, Mrs. Doubtfire and Aladdin, in which he became a favorite of little children everywhere as the Genie.

His appeal as a comedian had now enchanted a new generation. Later in the 1990’s he was brilliant as the psychologist in Good Will Hunting, helping to make 2 then-unknown actors and writers, Matt Damon and Ben Affleck, new darlings of Hollywood and young Oscar winners. The 2000’s brought us Williams as Teddy Roosevelt in the Night at the Museum films. He could make us cry, even as we roared with laughter. That’s not easy to do.

“You’re not perfect, sport, and let me save you the suspense: this girl you’ve met, she’s not perfect either. But the question is whether or not you’re perfect for each other.” – Sean Maguire, Good Will Hunting

Williams struggled with alcoholism, drug abuse and depression, but still managed to be one of the funniest men on the planet for a very long time. A master of many skills, he was a magical stand-up comedian. Ultimately his demons – and illnesses – caught up with him, and he took his own life at the far too young age of 63. He left behind 3 children and a wife, a legacy of entertainment that will live on for many, many years, and too many smiles to possibly count.

If you or someone you know is having suicidal thoughts, contact the National Suicide Prevention Lifeline (available in English or Spanish, 24/7)  1 (800) 273-8255.

On Saturday, August 8, Reelz Channel will have a special Autopsy episode, 10pm EST/7pm PST about Robin Williams. This special will celebrate his life and examine his death, and is a chance for his fans to remember him while learning more about him. Tune in to celebrate this exceptional and memorable man.

Taking My Eldest to College – A Listen to Your Mother Video

Kate Mayer says so eloquently - and with humor - what anyone who has dropped off a child at college...