My OB/GYN suggested that my mom get tested for the BRCA gene, and if they discovered that she carried it, I would get tested next. If I tested positive, then I would need to consult with my doctor about what options would eliminate and/or lessen my risk for developing breast cancer. Many of the options are gruesome, time-consuming, expensive or traumatic and added to my anxiety that I could either lose my breasts or face cancer. After observing my mother suffering from and surviving breast cancer twice, I decided that if I contracted breast cancer I would simply endure a double mastectomy and get rid of the two time bombs hanging from my chest. But, presented with the possibility of this insidious gene, I worried about permanently losing them. 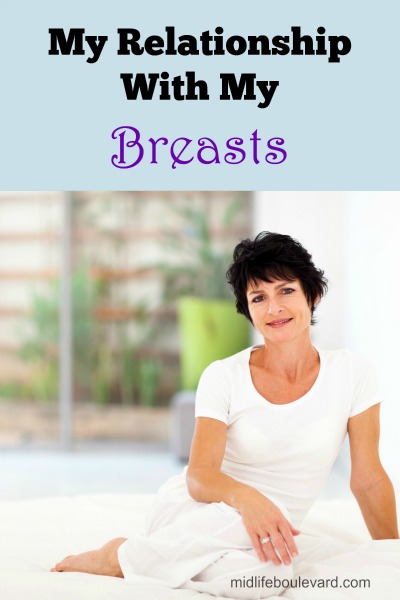 When the suggestion was first made, I nodded my head and pretended I’d heed the doctor’s advice. At that stage, I wasn’t yet 40 years old, and still considering thoughts of another baby, so I dismissed undertaking such a test. Besides, my mom was in her 40s when she had breast cancer – part of my third decade remained, so I felt temporarily safe. I considered that the possibility of carrying the gene was low since none of the women on my mom’s side ever developed breast cancer even though a few never had children, smoked, drank and were overweight. Her cousin, who shared double the DNA, since their mothers who were sisters married brothers (family tree tongue twister), never developed it, either.

I sailed through the rest of the day, concerned about a rash my son had and looking forward to meeting with my book club. When I thought about the testing, I casually considered the results without much emotion. Big deal – a test cannot determine my fate! However, after other minor snafus took place, I erupted into cursing and tears, realizing a simple blood test could determine it.

Once I calmed down (several stops and starts later), I thought about the relationship I’ve had with my breasts, fraught with indecision, disgust and pride. I did not want to lose them or gain a new set, as my doctor so casually mentioned. For better or for worse, I’ve endured a love/hate relationship with my breasts, which started with their development.

In sixth grade gym class, I remember gabbing about Cabbage Patch Kids with my pals while my lacy training bra, that I fought my mom for, rode up without provocation. Squirming uncomfortably, I wondered when I’d finally be able to fill my cups with something, ANYTHING, so I could wear this pretty contraption and need it. Guess I prayed too hard! Once I developed, I blossomed to the point where they already sagged and stretch marks striped the delicate skin.

At age 15, I found a lump in my left breast. The lump was actually a cyst which was aspirated, leaving me with a miniscule scar. On a constant caffeine kick, I drank several cans of Coke per day that year which may have contributed to the cyst’s creation. The worst part was that I was 15, the reigning perpetual virgin, and a male surgeon performed the procedure. That was more embarrassing than the possibility of cancer! While the doctor asked me questions about my school’s basketball team, I froze on the examining table. What?!? We have a basketball team!?!

Instead of flaunting them, I’ve never wanted to call attention to my chest and still tend to cover it up. I’m not sure if this is a result of my conservative upbringing or an unconscious reaction to my mom’s breast cancer woes. Sometimes I wonder if I’m somewhat embarrassed by them and the attention they may receive. Hoots and hollers about my appearance cause me to flee. Why didn’t I accentuate them like my friend who purposely wore low-cut tops when disposing semi-illegal garbage? What an ingenious distraction for the garbage men.

Although I’m more comfortable with them since nursing my kids and realizing that they serve purposes beyond just looking good in a tank top, I still find limitations to embracing my breasts. Due to their size, I cannot wear cute bras and slinky dresses without industrial-strength support or the disconcerting thought that someone may stare (and it’s never the hot blond surfer or brooding, cool rock star type). But the fact that I could lose them made me wonder why I wasted so many years struggling with them.

Since age 31, I’ve gone for mammograms, so I’ve been very aware of what could happen to them. Foolishly, I almost didn’t want to know the test results because it would mean possibly ending a relationship that started with so much promise. However, I lucked out — the results were negative. So maybe I need to stop worrying about them and give them the TLC and kudos they deserve. Sagging and breast cancer, be damned!

This was a powerful piece. My aunt survive a breast cancer, but endured a mastectomy. I was 18 then and didn't fully understand the severity of what that meant. But as a mom in her 30s, I wouldn't know what to do had I been faced with the decision to take them away or risk getting cancer.

The strength your mother has in beating the disease is astounding and kudos to you for having the courage to take the test and face the results, no matter what they were.

Thanks for sharing on #SHINEbloghop this week! Always lovely to see you join us.

PS: I noticed you blog from southern New Jersey, So do I! Happy to see a fellow free-lance writer and stay at home mom from my neck of the woods here :)

Thank you for reading! Yes, she is very strong for doing so and raising my sister and me. Sometimes, it's better to just dive in to the worries than hold on to them. (Advice I should take more often!)

Yes, me, too! I'm a transplant from N. Jersey. How funny! It's nice to hear from a "neighbor"!

This article hits very close to home–especially " I did not want to lose them or gain a new set, as my doctor so casually mentioned. For better or for worse, I’ve endured a love/hate relationship with my breasts, which started with their development." My mother had breast cancer when I was 2-3 and survived. I need to get tested for the gene, but like you, foolishly, just want to ignore the results.

As an epilogue, my mom did get tested, and the results were that the cancer did not develop via genes. However, I still worry about it, especially since both of my parents had cancer. I really didn't like how the doctor was so flippant although maybe she was just being matter-of-fact. Thanks for reading, and good luck if you decide to get tested!

Tales of Parental Caregiving: Cat on a Plane

Roxanne Jones blogs at BoomerHaiku. This post was originally featured there.  As crazy-making as it can be to care for...