Diana Raab takes a fond look back at the summer of 1969 – the history, the boyfriends, and, most importantly, the music. Read more from Diana on her blog. 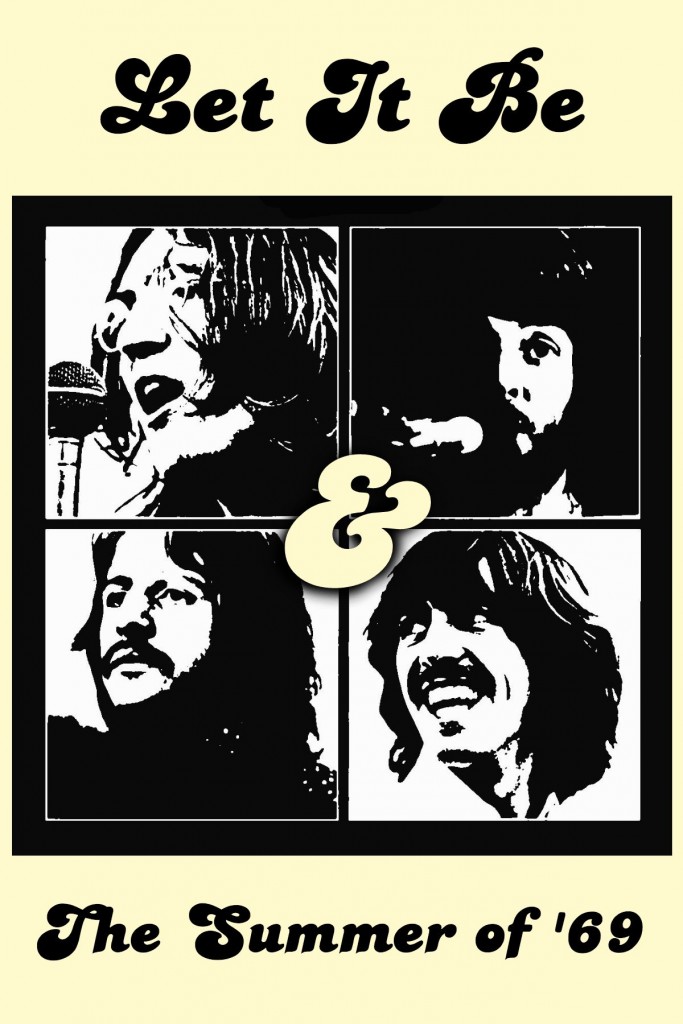 In the spring of that year, my mother came into my strobe-lit room and asked if I was interested in going to summer camp in Switzerland.

“There’ll be teens from all over the world; it will be a great chance to get out of the city and meet different teenagers,” my mother said.

This would be my first trip overseas without my parents. About one month before my departure, I began taking the trip seriously and started the arduous task of packing. I wondered how I would fit my entire bedroom into one suitcase, or more realistically, how I’d go without all the essentials of adolescence for eight weeks.

From the attic, I pulled down the largest suitcase I could find. Like most teens, music was an essential ingredient to my everyday happiness. I wouldn’t think of venturing overseas without my record player. So, a few days before leaving, I cushioned it into the center of my Samsonite suitcase, padded between piles of folded clothes. On the other side of the suitcase I tucked my favorite 45 records. Those were the little black circular discs about twice the size of a bagel, and like a bagel, they had a hole in their center. In the hole we placed a small yellow plastic disc, about the size of a fifty-cent piece to prevent the record from swaying back and forth on the record player or Victrola, as my mother used to call it. Each 45 had one song on each side. The 33s on the other hand, were larger format records storing the same amount of music as one compact disc and were about the size of a small child’s bike tire.

“Let It Be” by the Beatles  was already my favorite. By the timeI left for Switzerland, I had already been blasting the song over and over again in my tiny suburban bedroom. It seemed as if each song we listened to during our teens seemed to be connected to a particular boyfriend. “Let It Be” reminded me of Philip, the six-foot, brilliant, and cute Jewish-Indian guy I dated for more than a year. Coincidentally, he paid a visit to me during that summer in Switzerland while he was doing his own European tour. The lyrics and melody of that song had a very calming effect on me, particularly during my homesick moments in Switzerland.

Now, more than forty years later, “Let It Be” still conjures up images of those wonderful camp days and the dances with boys from countries around the world—countries such as France, Kuwait, Italy, and the United States. The song also reminds me of Neil Armstrong’s moon landing that summer and watching him step out of the Apollo 11 lunar module. I vividly remember the campers and counselors gathering in a glass-enclosed gymnasium. We scurried for a spot on the hardwood floor. For this special occasion, a small television was mounted on the corner near the roofline. We remained glued to the black-and-white television to witness the surreal moment of astronauts walking on the moon.

The summer of 1969 was one of the highlights of my adolescence. I often reflect upon those memories, the impact of “Let It Be,” and how much comfort it brought into my life. When hearing the song today, it still conjures up a deep sense of calm and reminds me of the power of memories and music and the magic they both bestow on mid-lifers like me.

Aaahhh...the summer of 69 @ YES .. The music was the best. I was a mother's helper in Nantucket. We drove lobsters home from the wharf in the back of the station wagon & ate them while watching the moon landing on a fuzzy picture black & white tv. Back in Montreal I met many people that summer who are my closest friends still today... Thanks for the jog in memory lane!

What Do You Do If A Relationship Is Sapping Your Spirit?

"I don't know if I would make it if I didn't have you to talk to. I might think seriously...