Mary Dell writes: As the mom of a teenage daughter, I occasionally feel like I am parenting on a separate planet from my friends who have teenage sons.  At Lisa’s house, sports are in full swing, and the mountains of standardized tests and specter of finals loom ahead.  At my house, we have all of that plus what can only be referred to as high season for the high school prom. 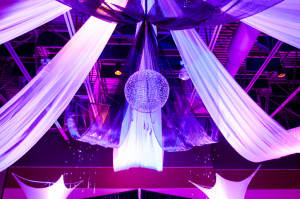 For Lisa, it has been three sons, three trips through 11th grade and barely a word about prom night.  Fifteen minutes to rent a tux, a five-minute phone call to order a corsage and yes, the sum total of time boys spent on the prom…twenty minutes.

With the biggest attire decision a boy has to make is peaked lapel or shawl, there is little to talk about except for the invitation. The onus of asking, despite so much about our gender roles changing, still lies with boys so whom to ask and how, are the important questions concerning young men.

But at our house, talk of the high school prom pops up with my daughter’s group of friends with the regularity of a favorite TV show which, at times, the conversation resembles.

While I flip their post-sleepover pancakes and lean into the conversation, the girls talk about more than dates, dresses and updos. They recount episodes of “prama” and review and revise their plans for the big night. At each step, they carefully abide by an unwritten code about prom behavior that I believe is not all bad.

Here are what I have dubbed their “Prom Commandments:”

Think of the male ego in choosing the heel height that complements your date. Think of the photos which, in the words of one girl,  “you will be looking at for the rest of your life.”

It is not just you going to the prom but it is each of your friends. Much of the planning involves making sure that each girl has a date or, at least, a group to join.

If the girls in your school have created a Facebook group to which they post their dresses, check to see if the one you just fell in love with has already been taken.  With a few taps on the smart phone, the answer is available while you are still in the dressing room.

Prom is as much a photo-op as a night out, so your hair, nails, makeup… go ahead and schedule those appointments, but just don’t overdo it.

Shop for a dress early before the most popular colors and sizes get snatched up.  According to The New York Times, the red carpet at the Academy Awards in February  kicks off the prom dress shopping season.

The senior girls signal the dos and don’ts about length of dress, for example, and who rules the prom committee.  It is their last dance and they deserve center stage.

If wearing a strapless dress, get it fitted so you’re not pulling it up the whole night.

Say “yes” to any boy who asks you to be his date, especially if there is an audience when he invites you.

If you don’t get invited by a boy in your school, take the initiative to ask  a date, especially if you have someone in mind from another school.

Obey school rules. Do you really want to get in trouble the last month of high school?

(I confess, the last one is mine.  As moms, we are allowed to dream, aren’t we?)

Yikes! The New York TImes has an article suggesting that to make a big splash when asking a girl, teenage boys are seeking out professionals, Prom is Easy: The Ask Takes Planning

Great article. I have one daughter (prom season a distant memory), and one son who will have 2 years of prom starting next year (juniors and seniors only at his school). I have been thinking about how I only know how to be a Girl Prom Mom, and I will have to figure out how to be a Boy Prom Mom. I agree with everything you wrote. Where was this 7 years ago?

It is so completely different for boys and girls. I have an older son so there was no hair. makeup and endless shopping! Enjoy the relative simplicity of having a son vis a vi the prom. Thanks for your kind comment.

Remember, M&M’s, that milk chocolate candy that melted in your mouth—not in your hand? At our age, M&M may have...