Roxanne Jones has found some amazing but true medical reports that can change the life of boomers everywhere! Read more from Roxanne on her blog.

Many medical advances we now take for granted were the stuff of science fiction when we boomers were growing up. Now that we are grown up, medical science continues to make some incredible discoveries. For inquiring minds that want to know, here’s some recent medical news you might find useful (or at least amusing): 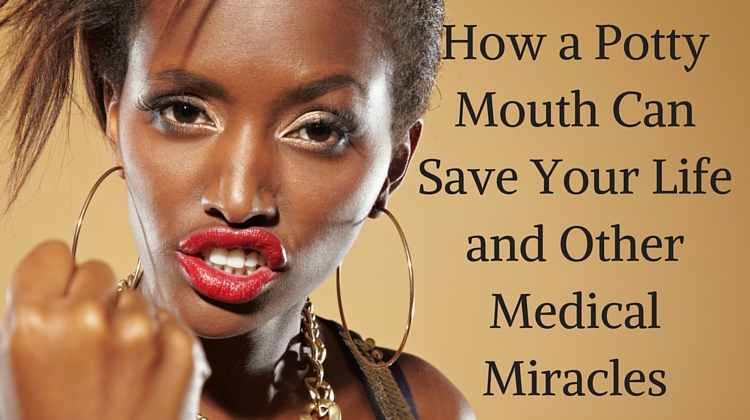 A mirror that detects disease

There’s technology currently in development in Europe called the Wize Mirror. It’s a “smart mirror” that scans your face, breath and circulation for early signs of diseases ranging from diabetes to heart attack risk.

The device uses a combination of breath monitors, 3D scanners, video cameras and imaging systems to assess changes in the shape of your face, monitor circulation, search for signs of anxiety, and test your breath for heart-attack inducing chemicals. It then produces a health score along with personalized advice on how to improve it.

My take? Hell, at our age, who isn’t going to show signs of anxiety looking into a frickin’ mirror? If the mirror were really smart, it’d make me look 20 years younger and 15 pounds lighter.

Scientists have grown vaginas in a lab, and the organs are working normally in patients who were among the first to receive them six to nine years ago. These patients, teens at the time, were born with a rare genetic condition in which the vajayjay and uterus are underdeveloped or absent.

The lady parts were grown from the patients’ own vulvar tissue cells, then implanted. The patients who are sexually active report normal function, according to the study published last year in the British medical journal Lancet.

The study authors say that more research is needed, but this technique could be a new treatment option for patients with vaginal cancer or injuries requiring reconstructive surgery.

My take? Hey, for the postmenopausal women whose lady gardens have withered on the vine, a custom-built, personalized vagina certainly sounds like a good alternative to the perils of hormone therapy.

The healing power of poop

Did you know that human poop contains trillions of microorganisms with potential healing properties? You just have to eat it.

The poop cure was documented in 2008 when doctors transplanted human feces from a donor with a healthy gut into a woman who had an antibiotic-resistant intestinal infection known as clostridium difficile (C-diff), which causes 250,000 hospitalizations and 14,000 deaths in the U.S. each year. The patient’s infection cleared up within days.

Fecal transplantation used to require a colonoscopy or endoscopy, but now it’s easier to swallow – literally. Researchers are processing poop and freezing the good microbes it contains in capsules that are administered by mouth. The oral approach has a greater than 90 percent success rate (the same rate seen when using more invasive methods).

My take? Being told to eat shit isn’t always an insult; in fact, it could be a prescription from your doctor. And if someone is full of shit, that’s not necessarily a bad thing either, especially if it contains all those healthy microbes.

Drinking too much coffee can do more than give you the jitters. A recent U.K.-based study found that heavy coffee drinkers are more likely to have hallucinations or feel the presence of dead people.

Researchers attributed their findings to the fact that caffeine is known to worsen the physiological effects of stress. When the body’s under stress, it releases the hormone cortisol – and more cortisol is released if you’ve recently had caffeine. So the scientists posit that the extra jolt of cortisol may be the link between excessive caffeine intake and the increased risk of having hallucinations.

My take? Make mine decaf, please.

Dutch scientists discovered that the “positive emotional stress” associated with riding on a roller coaster reduced feelings of shortness of breath among asthma sufferers. In the study, 25 subjects with asthma rode on a roller coaster then tested their symptoms afterward. All were found to suffer fewer breathing problems after the ride.

My take? Too bad the virtual roller coaster rides of menopause, parental caregiving or midlife motherhood don’t have the same effect, huh?

Having a potty mouth can be good for you

A study published in NeuroReport found that swearing can serve an important function in relieving pain. The study measured how long participants could keep their hands immersed in icy-cold water, during which time they could repeat an expletive of their choice or chant a neutral word. When they swore, the volunteers reported less pain and endured the chilly water about 40 seconds longer.

How swearing achieves this physical effect is unclear, but researchers speculate that swearing in response to pain may activate the amygdala (a part of the brain involved with experiencing emotions), which triggers a fight-or-flight response. This leads to a surge in adrenalin, a natural form of pain relief.

Based on these findings, the psychologist who led the study said, “I would advise people, if they hurt themselves, to swear.” (As if I need a researcher to tell me this.)

There’s a catch, however. Evidently, the more we swear, the less of an emotional punch the words pack. And without emotion, a swearword is just another word, unlikely to soothe pain.

My take? Expand your repertoire of swear words so you can change things up when you stub your toe or bump your head – and continue to get the pain relief that only an emotionally charged expletive can deliver.

Who knew that f-bombs
had medicinal value?
I just love science.

Great title for a blog post Roxanne! You KNEW I would read it didn't you? Thanks for these "tips"...I had heard about a couple of them already and like you mention, some of them are just plain common sense. But they still made me laugh. Thank you!

I just love knowing that dropping f-bombs is good for my health, don't you??? Thanks for commenting, Kathy!

It's for medicinal purposes, so swear away, Haralee!

Flu shot is on my future. I will disclose before that I will be expelling profanity when injected, just so I don't scare anyone!

Tinder is the Night

If you go to the Tinder site, it looks like another dating site. The background is Paris. The romantic Eiffel Tower. You...