“The library in summer is the most wonderful thing because there you get books on any subject and read them each for only as long as they hold your interest, abandoning any that don’t, halfway or a quarter of the way through if you like, and store up all that knowledge in the happy corners of your mind…” ― Polly Horvath, My One Hundred Adventures 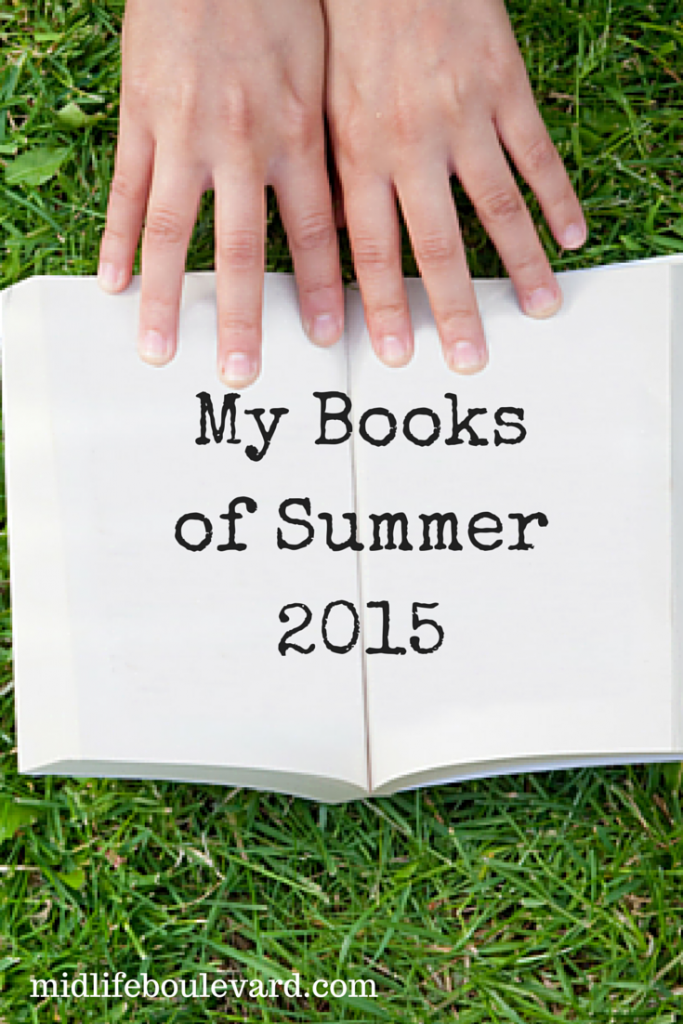 Growing up, I had a blue Schwinn bicycle with a double basket on the rear wheel and almost every day in the summer I would ride it down to the Sterling Public Library. It was a Carnegie library built of red brick in 1905. I had such a romance with that building and its books. I have a postcard of it from 1913 that sits on my office credenza. In my small town, Midwestern world, the library was the physical embodiment of possibility and the future. One summer I read every biography in the Children’s section. (Personal favorites? Jim Thorpe and Clara Barton — I have no idea.) To this day, I can see exactly where A Wrinkle In Time sits on the shelf. I remember the winding staircase form the Children’s rooms up to the main floors, something to aspire to. When I think about that place, I am transported back to my twelve-year-old self.

Summer reading is still a refuge for me.  I don’t go to the library any more. My “neighborhood” library is too far away, in the business district of the Chicago Loop, a noisy and dirty commute, unlike the route of my childhood under elms that overarched the sidewalk with a sun streaked, bottle green aura. So I buy my books on Amazon or at any independent bookstore I can find. And I review books, so people send them to me. And like Polly Horvath’s Jane, I take great pleasure in reading just what I like in the summer and only for as long as any book holds my interest. Here’s what I’ve paged through so far…

Eight Hundred Grapes by Laura Dave — Lovely love story set in one of my favorite places in the world — California Wine Country. Stick it in your summer beach bag and you won’t be disappointed.

Oh You Pretty Things by Shanna Mahin — For various reasons, I know a little bit about Los Angeles and what it’s like to live there. Dig in here if you want a look at what attracts and repels so many of us about the culture of celebrity and what it feels like to live next to it. It’s spot on and compulsively readable.

Everybody Rise by Stephanie Clifford — I was at first ambivalent about this book whose protagonist is a desperate social climber. I have a thing about unlikeable narrators and usually try to avoid them. But the author manages to make her life lessons about money, status, and friendship ultimately captivating and I ended up glued to the pages until her story’s end. It’s weirdly Dickensian in a sort of “Us” magazine-lite way.

I was going to see Judy Blume speak at the Chicago Humanities Festival but I had never read her YA books! Too old. I was in college in the ’70’s when she became ubiquitous among the tween set. I wanted to understand the appeal so read in short order:

Starring Sally J. Freedman as Herself

Are You There, God? It’s me, Margaret

Here’s to You, Rachel Robinson.

And I TOTALLY get it. I am a sucker for voice and I love, love, love her voice. Also, she is the MOST charming and genuine person. If you ever have a chance to see her speak, run there right away.

In The Unlikely Event by Judy Blume — Of course, I then immediately dug into her latest novel and it was like slipping into a warm bath to be back in the clutches of that lovely voice.  I am also a sucker for the era of the 1950’s and she clearly is, as well.

Summer Sisters by Judy Blume — More, more, more. Liked it, but not as much as her latest. Highly recommend as a beach book.

Books I Own and Read for a Second — or Third — Time

Mr. Bridge by Evan S. Connell — I re-read the companion Mrs. Bridge earlier this year and, because, as I have noted, I am a sucker for voice, I wanted to return to these voices that so beautifully evoke Kansas City in the years before and after World War II.

Half Magic by Edward Eager — I am always in a hurry, always anticipating. So as an adolescent, I mostly read adult literature. Now in my adulthood, I have gone back and read a lot of early reader and YA literature. This book might qualify as either, but it so beautifully evokes how summer feels to a child. So, nostalgic. Wonderful to inhabit the world of Jane, Mark, Katharine and Martha.

Books I Started but Couldn’t Finish

Killing Monica by Candace Bushnell — So badly written, I could barely read it and therefore have nothing more to say about it.

Among the Ten Thousand Things by Julia Pierpont — This one I may return to. But the premise is so distressing, it lost me early.

How To Raise an Adult by Julie Lythcott-Haims — A must-read for any parent, whether of toddlers, teens or twenty-somethings. You can see my review here.

Where You Go Is Not Who You’ll Be by Frank Bruni — If you have a high school student thinking about the college process, this will help you get your head wrapped around it and screwed on straight, which is not a bad proposition at all. Again, see the review here.

What’s Up Next on my Bedside Table

Life Among the Savages by Shirley Jackson — I always love true stories of women trying — and sometimes failing — to have it all.

Doll Baby by Laura Lane McNeal — The South, secrets and a coming-of-age story.

Uprooted by Naomi Novik — YA, part fantasy, part fairy tale. All I know is novelist Shelly King liked it and that’s good enough for me.

Go Set A Watchman by Harper Lee — Should I or shouldn’t I? That seems to be the question many are asking. After reading novelist Lalita Tademy’s thoughts, I’m going to read it if only to get a terrific look inside an author’s (and editor’s) process.

How to Successfully Modernize Pearls

Pearls are so much more than the prim jewels your grandmother wore. Make them cool with tips from Tammi Young....