Shari Eberts used to do everything possible to hide her hearing loss, but now she’s ready to start the conversation and empower her peers! Read more from Shari on her blog. 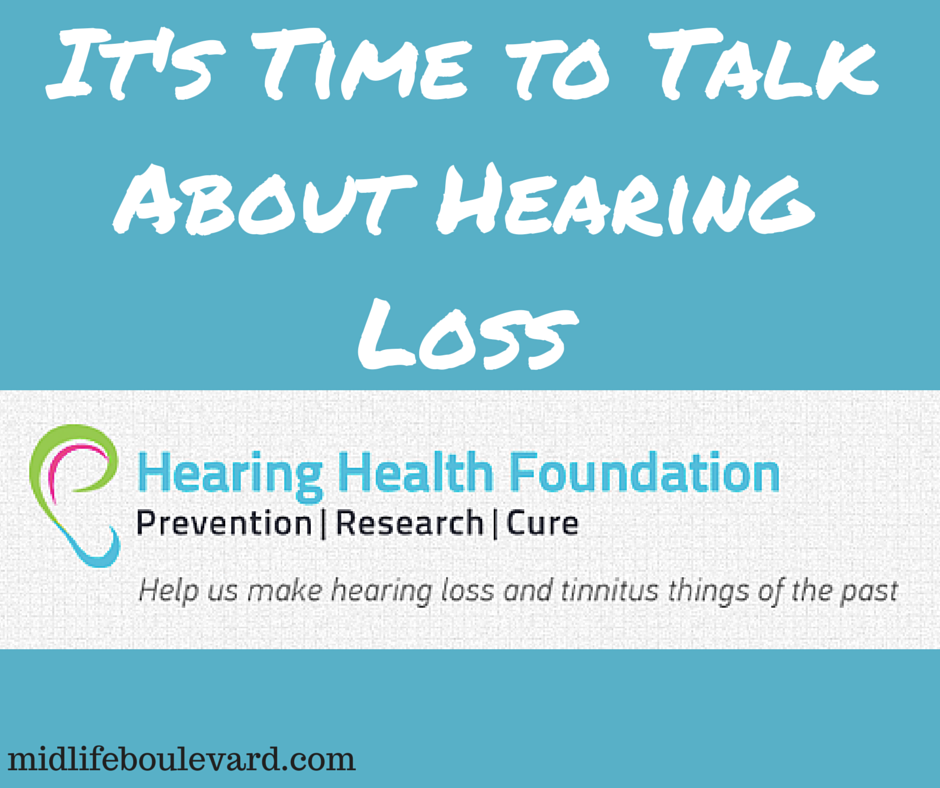 So how did I become this new person, a hearing health advocate, the Board Chair of Hearing Health Foundation and the writer of a blog entitled Living With Hearing Loss? Here is my story:

I grew up the child of someone with hearing loss. I knew it in a peripheral way – my father wore hearing aids, but they were never seen – always hidden by sideburns grown long for that purpose. He never discussed his hearing loss and went out of his way to hide it. I remember social gatherings where he would disappear only to be found sitting at a table in the corner by himself. I always wondered why, but now I know. He probably couldn’t hear and was embarrassed, or exhausted and just couldn’t bring himself to bother.

Looking back on it, I see that my family was not supportive of him. My mother would often whisper things to my sister and I behind his back saying, “Don’t worry, he can’t hear us.” Even as a child, I knew that wasn’t nice. But most of the time I was just unaware of the hardship he faced.

I sensed his embarrassment and the taboo nature of the subject, but didn’t dwell on it, being focused on myself as most children are. He never asked anyone to speak up or to face him when they spoke. He would never, as far as I could tell, position himself within the family group so that he could hear better. He never asked for a quiet seat at a restaurant or did anything to draw attention to his hearing loss. In fact, he would often fake it, pretending to hear what others said rather than admit that he couldn’t. It makes me sad to think of it.

So when I first started having problems hearing in my mid-twenties at business school, I hid it, following his example. And when I got my first pair of hearing aids, I refused to wear them, afraid someone might see them. I was embarrassed. I am not sure why. Was it a learned response from watching my father, or was it something larger — the stigma associated with hearing loss in this country that I wanted to avoid? In any event, my mother’s reaction was not encouraging. “Do you really need to wear them?” she asked me.

Eventually, the answer became yes, I really did need to wear them, but still, I avoided them as much as possible. I remember surreptitiously putting them in on the way to work, wearing them all day hidden behind my long hair (easier for a woman) and whipping them out as soon as the elevator door closed behind me on my way out of the office. And when I traveled, I would sneak them in and out right before and after important client meetings. I got pretty good at it, but always worried if the telltale whistle would give me away. I hated my hearing aids and only wore them when I absolutely needed to, and never socially or with my family.

But then I had two children of my own, and this forced me to come to terms with my hearing loss. Since my loss was genetic, I worried that I might have passed it onto them. Given the adult-onset nature of my loss, we won’t know for another 15 years, but I wasn’t going to sit idly by and wait to see. And if they did have an issue, I didn’t want them to feel embarrassed and ashamed of it. I needed to come out of my hearing loss closet.

So I did. Around this time, I left my work on Wall Street and started looking for some way to get more involved in the hearing loss space. I was lucky enough to become involved with Hearing Health Foundation (HHF) and found my way onto the Board of Directors. Before long, I was the Chair of the Board.

My work with the foundation has been a good excuse to be more vocal about my hearing loss. My friends asked me why I was devoting my time to HHF and I would tell them about my hearing loss. Most of my friends had no idea, and none of them cared. And when I meet new people, they don’t care either. What had I been so worried about? In fact, most of the time I talk about it, the person tells me about his or her own issue with hearing loss or tinnitus, or that someone in his or her family or a close friend has hearing loss. This isn’t really that surprising given that there are nearly 50 million of us with hearing loss in the US alone.

As time goes on, I have grown bolder. I now regularly advocate for myself — asking for quiet tables at restaurants, using caption readers at the movies, and rearranging the seating at family dinners to make sure I can hear and participate. I even started this blog, where I discuss my hearing loss and what I do to cope.

My hope is that my story will inspire others to come out of their hearing loss closets. There is nothing to be embarrassed about. Nobody will care, and in fact, they probably already know. Plus, being open about your hearing loss sure takes the pressure off having to hear everything perfectly all the time! And what a relief that is.

Readers, do you tell others about your hearing loss?

You're absolutely right, Shari, it's time to talk about hearing loss! I'm glad that you've begun telling and informing people about hearing loss. I personally don't have it—yet—but my father has it, and it seems to be somewhat genetic. He has some fairly good hearing aids, so it wasn't ever a real problem in our family. I think our current technology drastically helps those with hearing loss.

Thank you Lily! I am glad that your father is doing well with his hearing aids. It is so important to treat hearing loss. Untreated hearing loss is associated with many health conditions.

Changing Your Life at 76 – One Woman’s Story

If you've been feeling unsatisfied at work, Ali Davies is here to remind you that it's never too late to make...