Whether he was cheering on his grandson or just cracking jokes, Tammy DeMel’s father was always a super guy. Read more from Tammy on her blog. 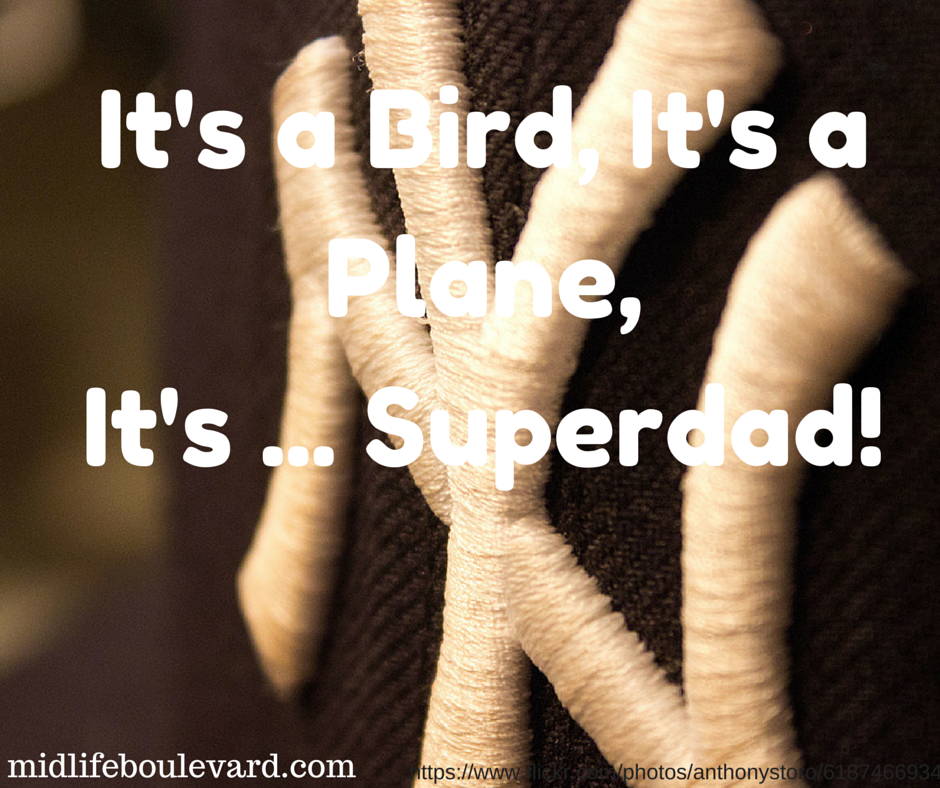 Like many little girls, growing up I thought my dad was Superman. In my mind he was the smartest, funniest, most wonderful man in the world. And then I became an adult and realized that while I loved my father very much, like most of us, he had his faults.

Dad was quite a character and he loved to talk and tell stories. He was an incredible salesman and knew how and when to turn on the charm. But he also was born without a filter, I guess that’s why Don Rickles was one of his favorite comedians. Dad’s motto was, “I-call-em-as-I-see-em” and he wasn’t one for worrying about being politically correct. Generally, people either loved him or hated him. Those who loved him knew he had a good heart and tried not to be too offended by anything he said.

My mom, on the other hand, is pretty quiet and would never say anything insulting. Many of Dad’s childhood friends told her that she was a saint for putting up with him. Honestly, I’m not quite sure how she did it either because there were times that he made it difficult for us to love him. Mom had actually started to ban him from family functions because he admittedly didn’t think he could behave himself around her side of the family.

When my son was born, my parents lived close to 2,000 miles away in Las Vegas. Dad had dreamed of moving to the land of slot machines and all-you- could-eat buffets — it fit his personality. Mom was less than thrilled living in the desert, but she loved him, so what’s a woman to do.

They were there for about nine years when I called to tell them that I was having a baby.

It took mom and I a bit to convince him, but three years later we lured him — a diehard New Yorker and Las Vegas convert — to the deep South.

When they arrived, my three-year-old was still going through his mommy phase. While my husband had gotten used to his status as a second-class citizen, my dad couldn’t quite comprehend why this cute little man had no use for grandpa.

Not a very patient man, dad began to wonder why he had left Las Vegas for a place that was not only hot and humid — it might be 105 degrees in Las Vegas but it’s a dry heat — but where he was persona non grata to the one person he had come to be near.

But when my son turned five, everything changed. He tossed aside the baby toys, discovered sports, and the funny, cool dude with the handlebar mustache forevermore known as “Gramps.” And my dad, the man who couldn’t imagine loving more than one child, and who secretly had hoped that I would give birth to a little girl who would look up to him the same way I had, fell under the spell of a little boy with dimples.

The two of them became card-carrying members of the mutual admiration club. While my son rejected my husband’s favorite teams, he embraced Gramps’ beloved Yankees. They went on outings to Dave and Buster’s and had their own secret process for getting extra tickets. Once my son started playing baseball, Gramps was at every game. We did have to banish him to the score keeper’s box to keep him from saying anything inappropriate to the coaches, the umpires and the other parents, but at least it kept me from banning him from the games the way mom had banned him from family events.

They were each other’s biggest supporters. My dad would brag about “his boy” to anyone who would listen and “his boy” believed that Gramps should be president. And while they only had nine years together, they each gave the other a special gift. For my son, it was knowing that there was someone in his life who believed in him unconditionally. And for my dad, it was how his memory would live on through my son and how my son would forever think of Gramps as his Superman.

Tammy DeMel has always dreamed of being a writer. Now at the age of (ahem) 51, she is pursuing her passion after 30 years as a public relations professional. She has just been accepted to a Master's program in writing and began her blog, which can be found at coveringthegray.com.

Why Midlife Singles Are Still Stereotyped

We're becoming more and more accepting of a whole host of different lifestyles; so why are single midlifers still treated...