Leslie Blanchard has this marriage thing down to a science. Listen up, everyone. Here’s how to share the bad news. Read more from Leslie on her blog, A Ginger Snapped.

My husband has been in the restaurant business for 30 years, so it would come as no surprise that we met while working our way through college as a cook and a waitress. We were both 18. Jimmy dated every girl that worked at The Sizzler before he asked me out. I waited patiently for my turn, which was easy, as I was so busy planning our wedding. He finally asked me out…yada yada yada…we were married in 1984. (No need to focus too much on the “yadas” – we got married and that’s all that matters). 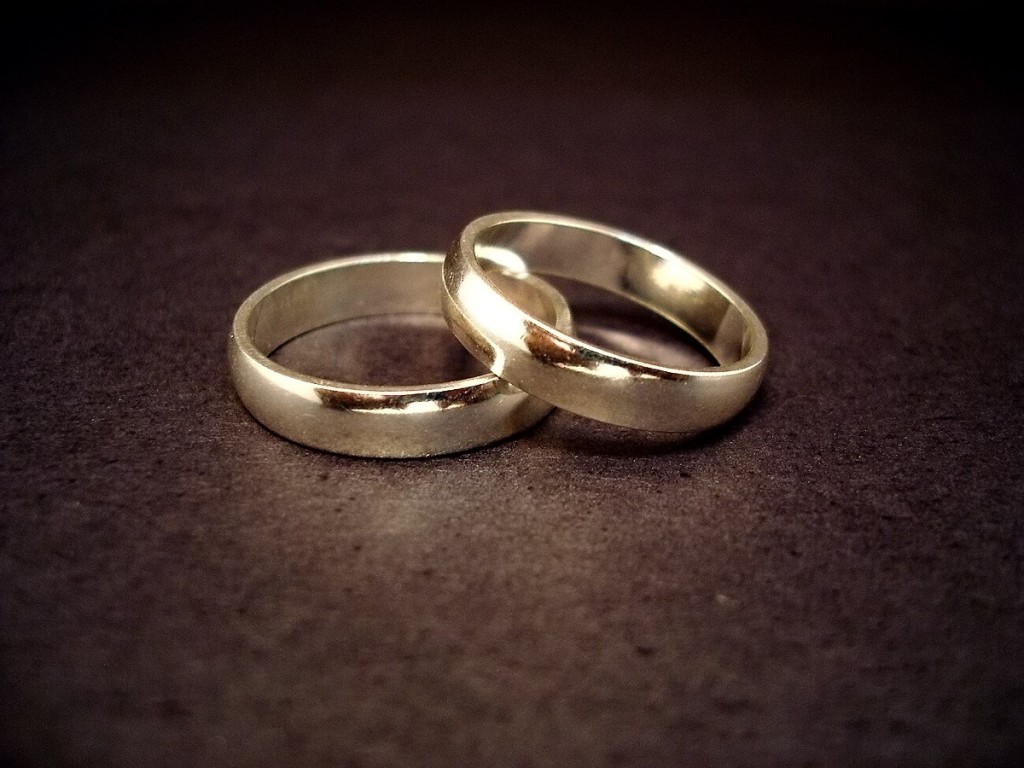 In between the good times and all the yada-ing came the REAL WORK of marriage. As in every partnership, there are ongoing issues that need to be hammered out and negotiated almost daily…

Blame it on being married to me, blame it on Catholicism or maybe it’s just inevitable, but I notice, that when communicating his “concerns,” Jimmy tends to opt for the MARTYR METHOD. This involves prefacing every complaint with a personal disclaimer.

This is how Jimmy lets me know it’s time to go to the dry cleaners or perform other tasks, in which, by his estimation, I’ve fallen behind. (We have had an ongoing problem with dry cleaning since day 2 of our marriage. It would’ve been day 1, but I don’t think anything was dirty on the first day. His mom must’ve sent him with clean clothes).

One of my friends observed recently, “Dry cleaning has always been an ongoing source of strife for you two.” Yes, it’s troubling when other people notice.

When he leads with, “I hate to complain, but…”

I typically respond with, “Seriously? You hate to complain??? WOW- you are pretty adept at complaining. People usually aren’t quite so proficient at doing the things they genuinely loathe!”

(It’s really not that I don’t think I should get his dry cleaning. It’s the least I can do- But I’m certainly not buying that he hates to complain).

PREFACE #2: “I’VE ONLY EVER ASKED YOU FOR ONE THING SINCE WE GOT MARRIED”

This is another popular way my husband initiates a grievance. He then inserts the ONE THING he happens to want right at THAT particular moment.

“I’ve only ever asked you for ONE THING, and that’s some clean underwear when I open my underwear drawer.”

“I’ve only ever asked you for ONE THING, that we aren’t late for church.”

“I’ve only ever asked you for ONE THING and that’s don’t drive around with the gas tank on empty.”

Again- I’m not an unreasonable woman; I agree that people should pursue such worthy things as clean underwear, punctuality and gasoline. But, I also think that anyone who can see our children and count can imagine that he has asked me for at least 5 other things.

PREFACE # 3: “I HATE TO TELL YOU THIS, BUT…”
(Sometimes Jimmy finds himself in the delicate position of being The-Bearer-of-Bad-News).

“I hate to tell you this, but we are out of milk.”

“I hate to tell you this, but your car needs new tires.”

“I hate to tell you this, but the dog threw up on your brand new comforter.”

“I hate to tell you this, but I weighed at the gym this morning and our scales are 6lbs under.”

He absolutely DOES NOT hate to tell me these things. If he really hated to tell me something, he would at least wait until I get in the house and put my purse down. He wouldn’t meet me on the driveway with the disheartening news.

The truth is, I see through all of these martyr machinations, because I happen to be a SEASONED EXPERT at breaking bad news to one’s mate. When you are despondent over having to deliver a crippling blow to your spouse’s otherwise happy day, it sounds more like this…

“Hey Honey – how was your day? Tommy was lead scorer in his basketball game this afternoon, I swung by the liquor store and got you that vodka you favor, and….. OH! you know that dumb ‘arm-like thingy’ that goes down when a train is coming? Well that bugger went down right on the top of my car this morning!!! It left a wee bit of a gouge . It’s so wee – You probably wouldn’t even notice. Want me to shake up some martinis?”

The expert spouse can just tell it like it is, and then chase it with a cocktail!

I am a wife of 1 and mother of 5, who writes a blog called, A Ginger Snapped. After I received my Journalism degree, I didn't write anything for 27 years, except grocery lists and my family's Christmas Letter. All that changed, when they invented the iPad with a waterproof cover. Now, I lay in the bathtub all day, neglecting my other responsibilities, and write about life outside of the bubbles. validate me at: http://agingersnapped.com

I am a wife of 1 and mother of 5, who writes a blog called, A Ginger Snapped. After I received my Journalism degree, I didn't write anything for 27 years, except grocery lists and my family's Christmas Letter. All that changed, when they invented the iPad with a waterproof cover. Now, I lay in the bathtub all day, neglecting my other responsibilities, and write about life outside of the bubbles. validate me at: http://agingersnapped.com

Links may be affiliate links. Women of a certain age are as diverse as any other group.  Some scoff...