What mother hasn’t been distracted at one time or another by her precious cargo in the backseat of her car? Kim Eller is sure there’s an orange jumpsuit in her future. Read more from Kim Eller on her blog, Kim’s Crazy Life. 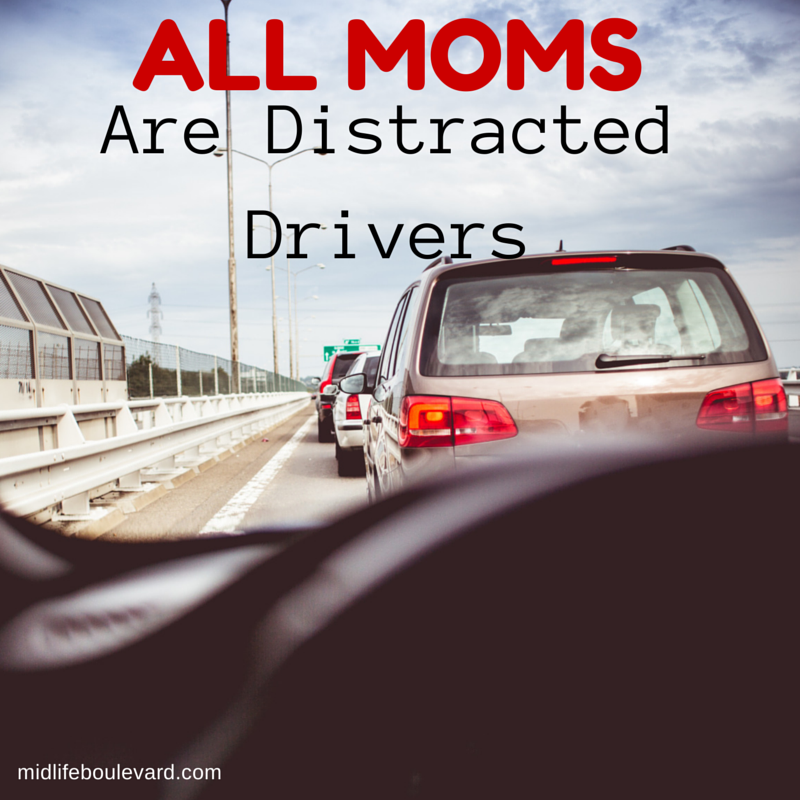 There is a good chance I am going to jail.

On July 20, 2014 the Michigan State police began cracking down on distracted drivers and stepped up their enforcement of the law. Distractions are anything that keeps the driver from focusing on the road and traffic.

You have got to be kidding me. I haven’t driven undistracted since the birth of my first child.

I have poured juice, scavenged for stuffed animals and changed DVDs while driving.  If being projectile vomited upon or having a 40-ounce Big Gulp poured down your back is considered distracted then bring on the orange jumpsuit.

I have driven off the road because a bug was somewhere in the car and the blood curdling scream led me to believe that someone in our family had been shot.

During pre-adolescence I changed batteries in game boys, broke up fights and divided chicken nuggets with such precision that sometimes it involved biting one in half to make it exactly even.  Whichever child I liked least that day got the half that had been in my mouth. I said I was precise, I didn’t say it was pretty.

There were endless questions about everything from who makes tennis shoes to why the sky is blue. These kids wanted answers and they weren’t stopping until they got them. Their interrogations were one step away from water boarding.

You could say I was distracted the day I drove 360 miles with a toddler kicking the back of my seat.  It wasn’t pretty and I considered pulling over just to flip a coin to decide on homicide or suicide.  Who was I kidding? I could totally flip that coin and drive.

When the teen years came along things didn’t get much better. While traveling at a swift 70 mph my son asked me if I was a virgin when I got married and if I knew what oral sex was.  Where were the police when I needed them to pull me over and end this conversation?

I have listened to everything from Barney to Eminem blasted at crazy volumes to drown out the crying or the whining.  Between the years of “I love you, you love me and …..I’m going to tie you to the bed and set the house on fire” I will say that I have been distracted at best and oblivious to the outside world at my worst.

Am I proud of this? No I am not. Did these things actually happen? Yes they did.

The only true way to keep moms from driving while distracted is to develop mass transit for children.  As long as there are babies hurling bottles of milk at our heads and toddlers trying to kill each other in the back seat we will be distracted.

Ask any mom and they will tell you on any given day that the nice quiet cool back seat of a police cruiser would be like heaven.

Thank goodness that orange is the new black!