My heart sank when the real estate agent and I pulled up the driveway of the house. From the outside, it looked like everything I didn’t want. The tan, vinyl-sided structure was stark against the November landscape, uncompromised by growth but for a few scraggly bushes and two young, leafless maples sitting squarely in front. Still, it was quiet and private, at the end of a cul-de-sac in a small neighborhood. A field of tall grasses stretched to the north, and woods circled around the other side and back, barely affording a glimpse of a neighboring house.

I knew I had to go inside. 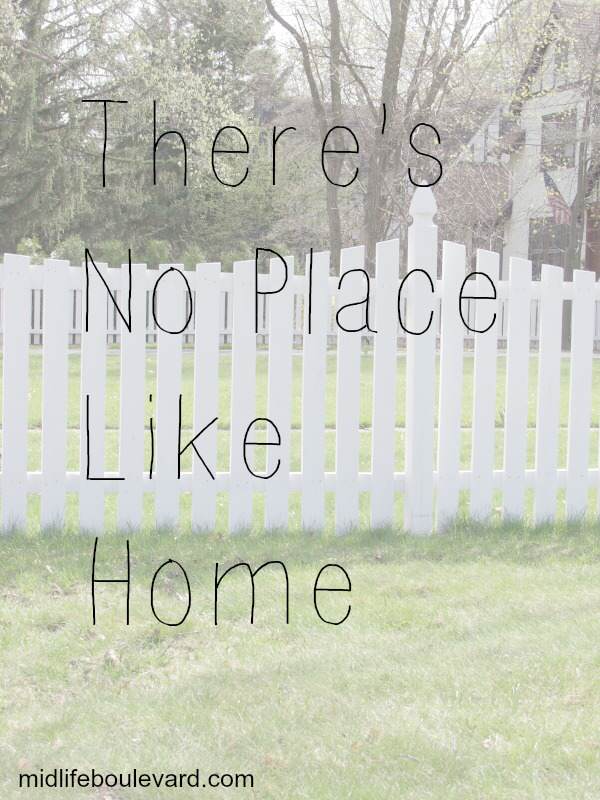 We had started our house hunting ventures with two little children strapped into their car seats while we doled out chocolate Rollos to help ease the drive from the city and the in-and-out-of the-car routine. They wanted every house that had cool toys. We were slightly more picky. We wanted three bedrooms, an office, and some kind of space for an artist and musician’s studio. We also had other requirements, including the aforementioned privacy and quiet, no hollow core doors, and no vinyl siding. Since we wanted a place we could afford on one income, and neither my husband nor I had the skills orthe inclination to take on a fixer-upper, we soon realized that we had to narrow our scope.

The tan house was ten years old, had plastic light fixtures, cat-stained wall-to-wall carpeting, bathrooms with black vinyl-looking tiles, metallic wallpaper, and yes, hollow core doors. But it also had lots of big windows, generous rooms, two sinks in the master bath, a deck, a big screened-in porch, woods and seasonal views. The kids, by then six and eight, could play outside unthreatened by roads and cars, and perhaps most compelling, if we moved in, we wouldn’t have to look any longer.

First though, we tore up the carpets and laid wide-board wood floors. We repainted the salmon-pink living room and began to scrape wallpaper, but I still fretted. Could we raise kids with character in a house that didn’t have any? We unpacked and then stopped, exhausted from the actual move and the need to adjust from the open-ended possibilities of house hunting to the reality of having chosen a home. Because my husband said he wouldn’t live in a tan house, we described it as putty-colored.

The rest of the changes, however, came more slowly. Life intervened, another baby arrived, but it was mostly my ambivalence that kept me from giving myself fully to the house. Although over the years, as we put in another window, knocked down a wall, chose colorful tiles, and furnished each room to our changing individual and collective needs and desires (including finally replacing some of the hollow core doors), I struggled to accept the fact that the windows cranked open, the deer would eat whatever I planted, and that there were no climbable trees in the yard.

Even as I felt gratitude for the solid roof over our heads, the sunlight that followed me throughout the day, the luxury of moving among rooms full of people and things I held dear, I also longed for old growth, wainscoting, and built-in bookshelves. Then, almost imperceptibly, something changed. The passing seasons, birthday parties and band practices, holiday celebrations, and uncountable dinners with friends and family added layers and layers of life like an invisible sheen to placeswhere often I had seen only what wasn’t.

And now, more than a decade after that first heart-sinking drive up the driveway, the trees in front have height and heft and somewhere along the way, without realizing it was happening, the putty-colored house became my home, and there’s no place like it.

I woke up this morning to a conversation my wind chimes were having with an approaching storm. It was more...