Cartoonist Liza Donnelly has said that her goal is “to write and draw in a way that makes people laugh and think.” 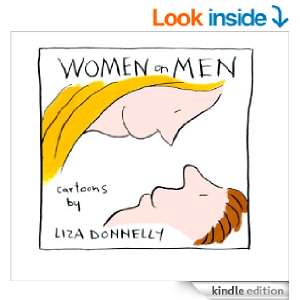 With her new book, Women on Men, a collection of cartoons about what goes on between the sexes (and, occasionally, between the sheets) she’s done just that.

Donnelly, a “New Yorker” staff cartoonist with over a dozen books in print, who has been married to fellow cartoonist Michael Maslin for close to two decades, has both the life experience and the cartoon chops to take on this enticing topic.

The collection is divided into chapters like “Let‘s Get To Goodbye“ (dating) and “The Idiot I Married” (matrimony), each of which begins with an on-topic riff in the cartoonist’s own handwriting, giving the book the fun and informal vibe of a good pal dropping you a line.

The cover art sets the tone. Just two faces, one male and one female. The women, who is (naturally) on top, looks down at her partner, happy and confident, as he, underneath, gazes up at her, intrigued.

The women in this book are empowered. Strong, sharp and funny, they’re fully capable of expressing (or defending) themselves with a wise-crack. But they’re caring and vulnerable too.

They endure the nightmare that is dating: 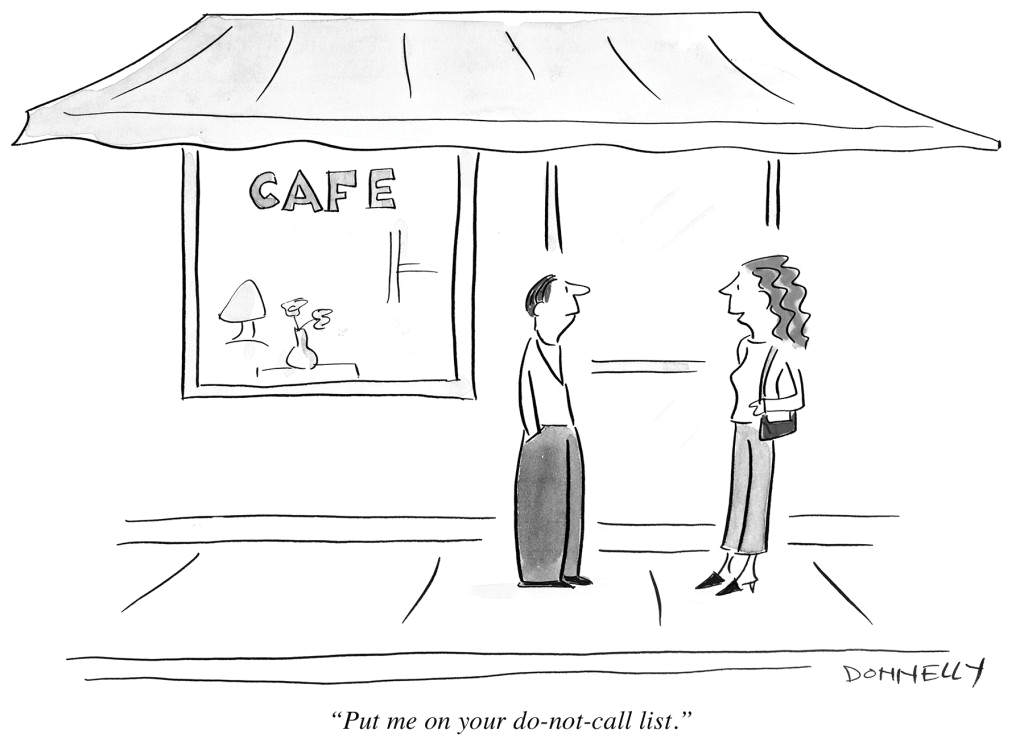 But, undaunted, they continue to look for love: 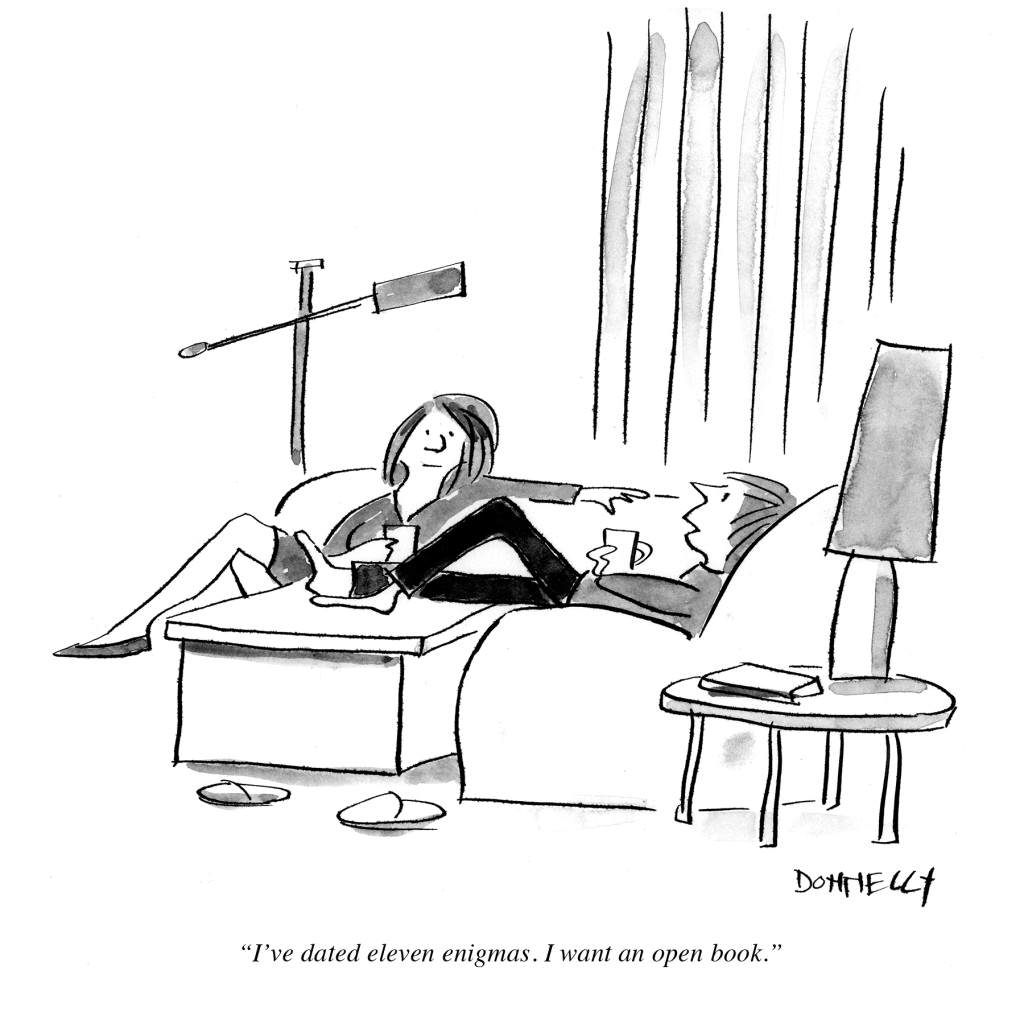 They often come up short in their search for Mr. Right: 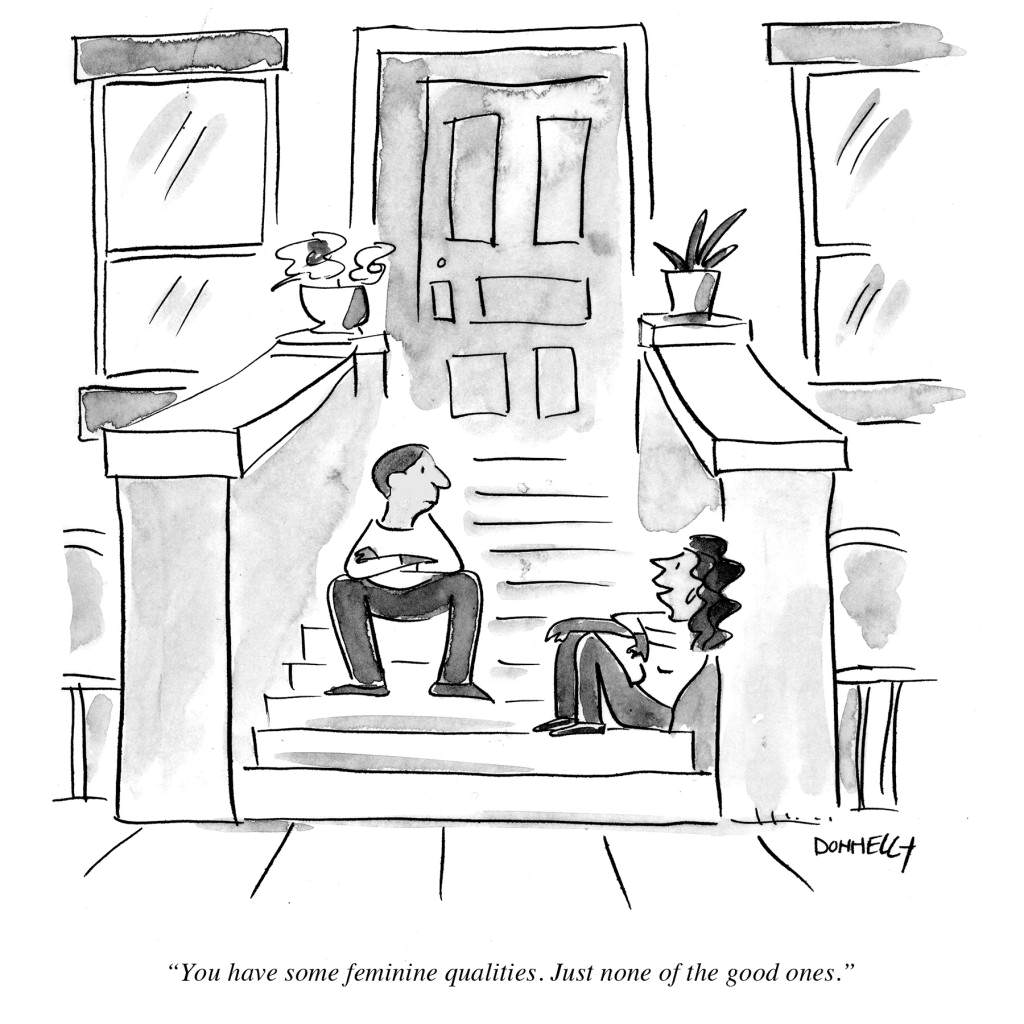 Married life is often bliss. Other times, not so much. 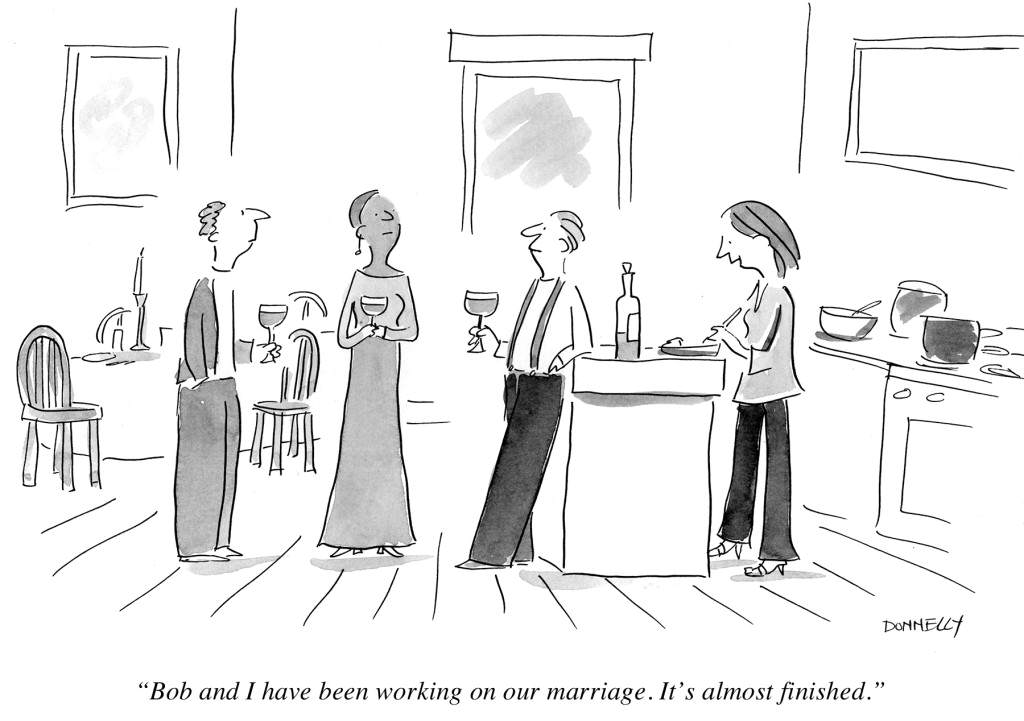 And let‘s not forget the topic of divorce. 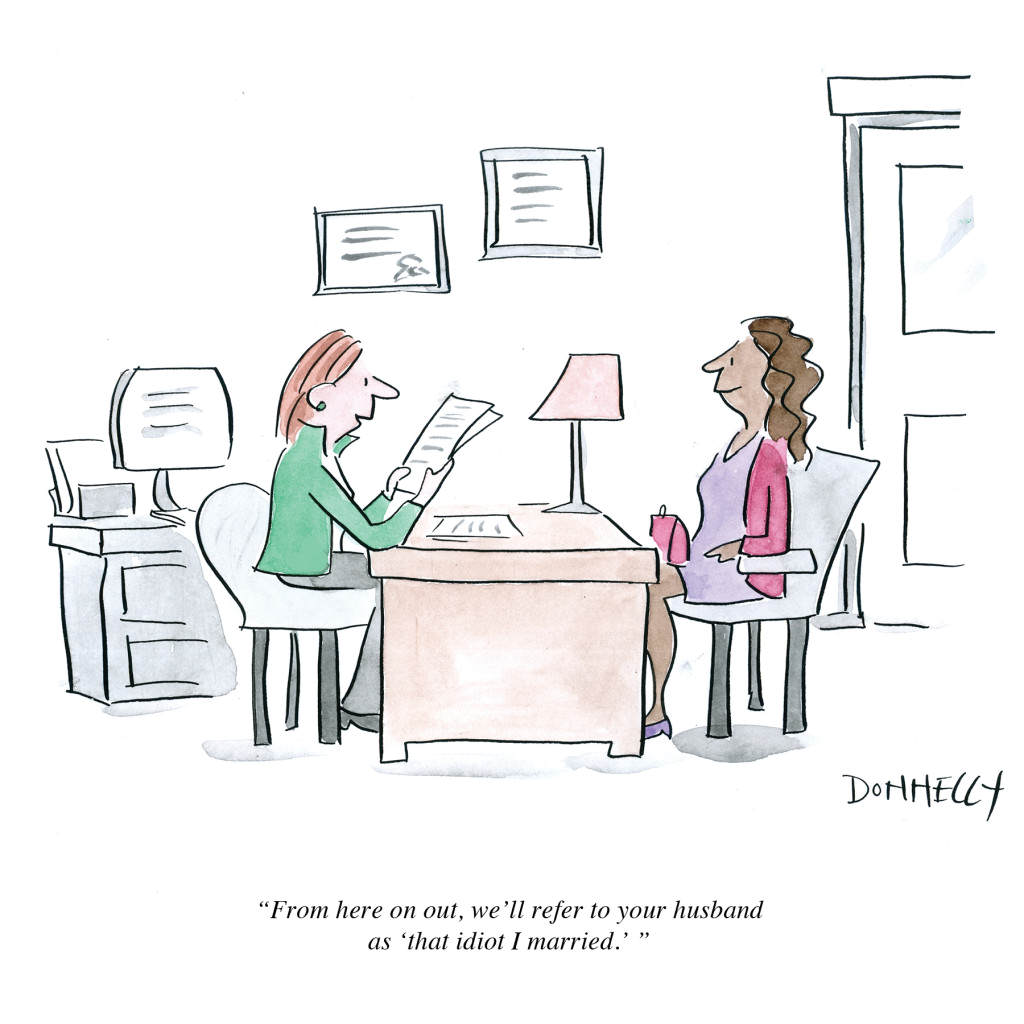 Although there’s plenty of frustration and hostility on these pages, the tone throughout remains friendly. Gently mocking. Nothing over the top or out of control. These are civilized people. Everyone has excellent manners. And Donnelly pokes as much fun at herself and as at the men in her life.

My own favorite Donnelly cartoon is, unfortunately, not in the book. 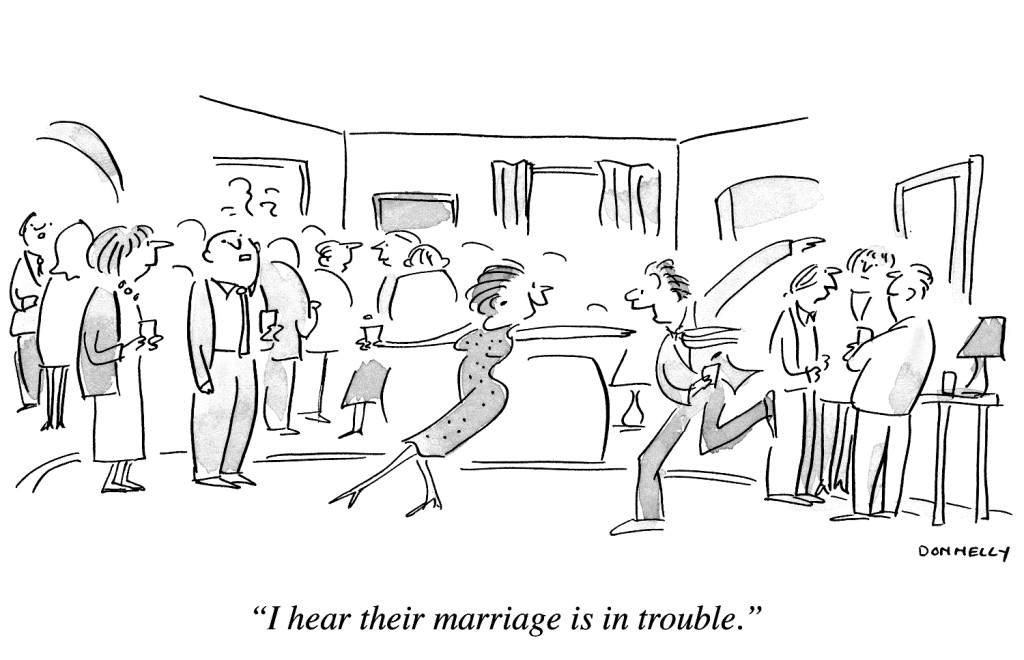 In “Woman on Men,” Donnelly confides to the reader that she loves to dance but her husband does not, which means that when he popped the question, decades ago, she had to ask herself: “Do I like this guy more than I like going dancing?”

She decided to give up the dream of a dancing husband and say “yes” to the man she describes, in the book’ s dedication, as “my husband, friend, lover (and) muse.“ (Good call!) Nevertheless, years later, via this cartoon, she’s given herself (or at least her alter ego) that dancing husband after all.

It’s an intriguing glimpse into how the creative process works. And a great way for a funny woman to get the last laugh.

This review first appeared on www.womensvoicesforchange.org.

Thank you SO much for this enjoyable big-smile-causing post! I actually laughed out loud at, "Bob and I are working on our marriage. I'm almost finished." Shared and +1'd!

These are awesome, and they prove once again that humor is the best way to deal with pretty much any situation. She totally nails it.

She understands women AND men...love these. Thanks for sharing.

What a wonderful review!! The New Yorker and its cartoons have been a part of my life for as long as i can remember so this was a great trip down memory lane for me as well! Thanks!

I adore those cartoons. Funny and dead on,