I’ve been sharing a lot of dating articles recently because the idea of dating after many years in a marriage can be terrifying for some women.  I have to admit I’ve been dating on and off for almost 10 years now. I’ve had a couple of long-ish term relationships and a lot of not-so-great first dates. I’ve made a few friends and collected a few nut jobs whose phone number is still in my contact list so I know not to answer the phone. It comes with the territory.

My hope is that by sharing information and stories you will feel more comfortable heading out into the world of online dating. It can be a lot of fun. 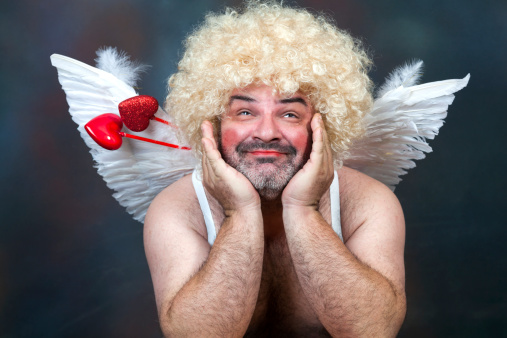 As if it weren’t crazy enough already…..

OKCupid made the news last week—in one of those ways that businesses don’t typically prefer when it comes to getting publicity. It seems that, in the name of “research”, OKCupid started tinkering with users’ experiences on the site. According to the New York Times, “…OKCupid on Monday published results of three experiments it recently conducted on users. In one test, it obscured profile pictures. In another, the site hid profile text to see how it affected personality ratings. And in a third, it told some hopeful daters that they were a better or worse potential match with someone than the company’s software actually determined.”

I’ve used OKCupid  in the past and I’m back on the online dating site now. The study reveals a high degree of manipulation and disregard for the feelings of OKCupid users. It doesn’t necessarily change my opinion about the dating process or my trust in the secret formulas used by various sites to help users find that “one true match”. But, I do feel a higher degree of skepticism about anything OKCupid now tells me about prospective matches. Match.com and eHarmony also use various calculations to lure us into their sites–with guarantees of “happily ever after” compatibility. Current eHarmony ads are focusing on their marriage successes. It really all boils down to sales and marketing.

If you’re in the dating game, chances are you have some idea of what type of person you want to date. And you probably have a number of things, dealbreakers, that you do not want in a date or partner. Yes? I know I do. For example, if a guy is wearing camo or a ‘wifebeater’ and is standing in front of his bathroom mirror, smart phone in hand, taking his own photo? We’re not a match. And, I do have more serious criteria for what might or might not work for me personally. We all do.

The challenge is not to have such rigid expectations that you overlook someone who might turn out to be a delightful date because he doesn’t meet your height requirement or he has Corgis and you prefer Labs.

There is no way to capture the real essence of a person in a website profile. OKCupid said that more conversations occurred when they removed photos. Maybe. I admit to using photos as a quick screening tool (see above). And, given that people can, and do, misrepresent themselves in photos, profiles and statistics what you read and see is not necessarily the truth. That’s why it is essential to communicate through emails and phone chats before that first meeting.

I tend to sort profiles by the percentage of our match–based on answers to questions OKCupid provides. It’s a place to start. Now that I know the folks in charge consider human manipulation OK and necessary to improving algorithms I’m less likely to trust their suggestions. I applaud their honesty while disliking the seemingly casual approach of treating users like lab rats.

How do we assess compatibility when using online dating sites?

It has to be a multi-faceted process. You can’t just pick based on good looks or breast size. Age? Maybe. I don’t want to date someone over age 70, but given that most dating sites don’t verify users any one shave off years with abandon—and many of them do. That’s where emails and phone chats help to establish your commonalities and show up glaring discrepancies.

Compatibility is more than physical chemistry. It includes intellectual, emotional and sexual chemistry. There has to be something that grabs you in the moment and makes you want to keep learning about the other person. Physical attractiveness may be important to you, but what about physical chemistry? That isn’t readily apparent until you find yourselves face to face.

Sexual compatibility may become a more important issue as we age. OKCupid is one of the few sites that doesn’t ban married individuals—I see that as a good thing because it cuts down on the number of people who lie about their status.  Then you get to make an informed choice. Is someone Bi-, do they want a Poly relationship? Are they just looking for sex? Have they given up on sex? These are all things to consider when looking around in a world where choices and lifestyles are more openly diverse than ever before.

It’s all a matter of what you’re looking for on your next date, sexual adventure, or long-term relationship.

Having dissed OKCupid, let me say that I think the site is no better or worse than the majority of online dating sites. It depends on what you’re looking for. What I like about OKCupid, in addition to the transparency of users, is the question and answer feature. There are thousands of questions you can answer, with the opportunity to offer additional details. You can compare your answers to potential dates and see where you match up…or diverge. For example, a question about cheating on a significant other, or whether it’s acceptable to read a partner’s emails can tell you about someone’s ethics, jealousy, or control issues. You can see how a potential date lines up on the issues of importance to you–religion, politics, abortion. Use this information as one of the various components in assessing compatibility.

I can’t give you a surefire technique for getting a date. The key to assessing compatibility, as I see it, is to have some ideas of what won’t work but to be open to the element of surprise.

Want to hear OKCupid founder talk about their experiments? Here’s the interview on  NPR.

Do you have dating stories or questions?

Walker, as usual your advice is sound. I like that you minimize the importance of finding THE one on a first date. I agree that a first date should not be about finding a life partner, but just finding a person you can enjoy being with.

As for your personal cut-off at 70.....are you sure??? I know some 70-75 guys whose charm, personality, and physical capabilities might cause you to change your mind. Or perhaps you have an experience that causes you to make this age distinction...?

Sienna, Thanks. As for my possibilities--as I suggest to others, I have an idea of what might work for me but I'm open to seeing who comes along!

I did online dating a few years after losing my husband. It was a strange experience and I did meet a wonderful man. I feel lucky. A friend was just telling me about OkCupid today. She mentioned that the person's picture wasn't there. Will have to tell her why now that you mentioned it in your post.

Judy, that's pretty neat. I do think there are some good guys out there... Would love for you to share!

I had a great experience with online dating. There is definitely a trick to wedding out the bad seeds. Of course I met some creeps but for the most part, the men I spent time with were great. I got 3 marriage proposals and while I didn't marry any of them, I wouldn't hesitate to go back online if I were single.

Carol, Thanks for sharing your experience, it's always helpful for women to hear positive stories.