Vera Linton took a difficult situation and found a way to make it work for her, by encouraging herself to get creative. Read more from Vera on her blog. 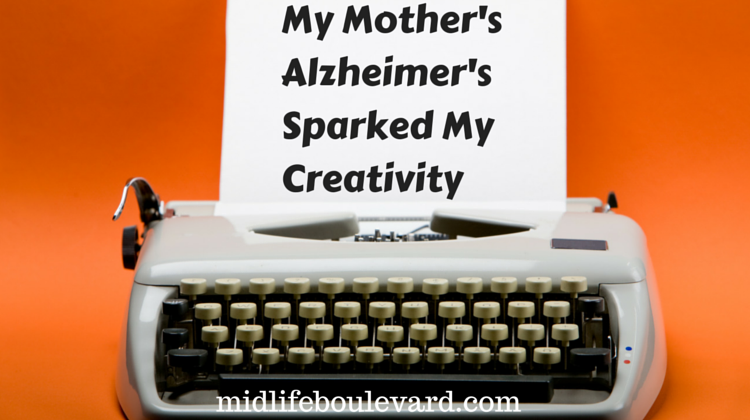 One Sunday morning, in early summer, my mother got into her car to drive to church. This was a usual Sunday routine for her; weekdays included groceries, hair salon, and home. On this particular day, she got behind the wheel for home, and nine hours later, she ended up over 163 miles away in a small town called Lake Isabella.

My sister called me late that night saying she had received an unusual call from a couple who claimed to have our mother in their home. They had found Mom inside the grocery store. She was confused and speaking Russian, her native language. This couple just happened to speak Russian too. Gaining my mother’s confidence, they invited her home for dinner. Later, they rented a hotel room for her and kept watch outside until we arrived.

How could this have happened? Many questions went through my mind as my sister and I drove toward Bakersfield, CA. The road to Lake Isabella was windy with few guard rails. I had never driven these roads before and I was amazed with my mother’s limited driving experience, how she managed to maneuver up this mountain unscathed.

Mom was safe. We couldn’t thank the couple enough for their kindness. Inside the room, I found Mom sitting on the bed in her slip with her feet dangling over the edge. My heart was still pounding. I placed my arm around her and asked, “What happened today?” Still seemingly bewildered, she responded with a shrug and said, “I guess I’ve been on an adventure.”

My mother’s diagnosis was Alzheimer’s. My life as I knew it changed. I was sent kicking and screaming into adulthood. I became the caretaker while she gradually slipped back into childhood. There where many phases in between and impossible decisions to make for my sisters and me.

What I didn’t know at the time, was that my subconscious began giving birth to the fictional character of Maggie Bloom. She grew as bits and pieces of my subconscious worked to keep order in my life. After my mother died 4 years ago, Maggie became a compelling obsession. She found strength when I needed it.

Although part truth and part fiction, my mother’s life story influenced my first novel Paper or Plastic. I laughed, cheered, and cried with Maggie Bloom. I couldn’t wait to meet her at my computer each night to see what kind of trouble she would be into next. I cheered for her as she boldly found her footing in life, as my mother found hers and I found mine.

My purpose is to uplift, inspire, and entertain through my writing. I am a published author and a children's book illustrator. I am currently working on the 2nd novel of the "Maggie Bloom" series. The first novel is called <a href="//www.veralinton.com/books”">PAPER OR PLASTIC</a> which was published 3/2014 and is available through Amazon. I started my career as a graphic artist and founded a marketing/design firm. I realized a goal in illustrating children's books 3 years ago and also began writing. I have 2 dogs, love the beach, enjoy gardening, reading, cooking, and watching British period films.

For years I wasn’t much of a fish fan. It’s so healthy for you but I would just resist making...