Steppenwolf is a Canadian/American rock group that was prominent from 1968 to 1972. The group was formed in late 1967 in Toronto by vocalist John Kay, keyboardist Goldy McJohn and drummer Jerry Edmonton. Guitarist Michael Monarch and bassist Rushton Moreve were recruited by notices placed in LA area record stores and musical instrument stores. The essential core of Steppenwolf was John Kay, Jerry Edmonton, his brother Dennis Edmonton and Goldy McJohn from The Sparrows (originally Jack London & the Sparrows from Oshawa, Ontario, Canada). Steppenwolf enjoyed worldwide success from 1968 to 1972, but clashing personalities led to the end of the core lineup. Today, frontman John Kay is the only original member, having served as lead singer since 1967. 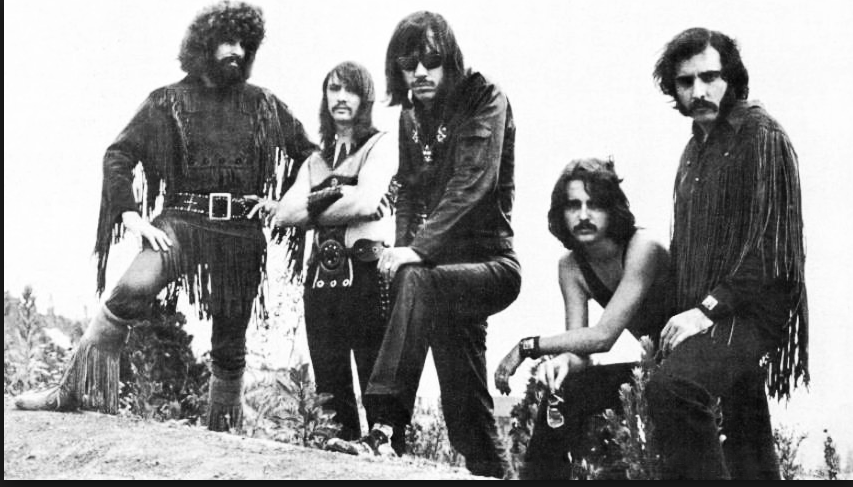 “Born to Be Wild” is a song first performed by the band Steppenwolf, written by Mars Bonfire. The song is often invoked in both popular and counter culture to denote a biker appearance or attitude. It is sometimes described as the first heavy metal song, and the second verse lyric “heavy metal thunder” marks the first use of this term in rock music (although not as a description of a musical style).

“Magic Carpet Ride” is a rock song written by John Kay and Rushton Moreve. The song was initially released in 1968 on the album The Second. It was the lead single from that album, peaking at No. 3 in the US, and staying in the charts for 16 weeks, longer than any other Steppenwolf song.

The lyrics “I like to dream, right between my sound machine” were inspired by a hi-fi home stereo system John Kay bought with royalties from his first album.

In 1988, the band rerecorded the song with the hip hop group (and DJ) Grandmaster Flash. The track appeared on his and the Furious Five reunion album On the Strength.

One of my husband's all time groups; he has all of their major albums. We had a chance to see them at the New York State Fair last year, but ended up seeing Peter Noone and Herman's Hermits instead. I'm sure it would have been a fantastic show.

Hermans' Hermits sounds like it would have been a great concert as well. Thanks for stopping by, Alana!